Bayern Munich wrapped up their ninth straight Bundesliga title but Marco Reus "couldn't care less." His Borussia Dortmund side now have their Champions League hopes in their own hands after leapfrogging Frankfurt. 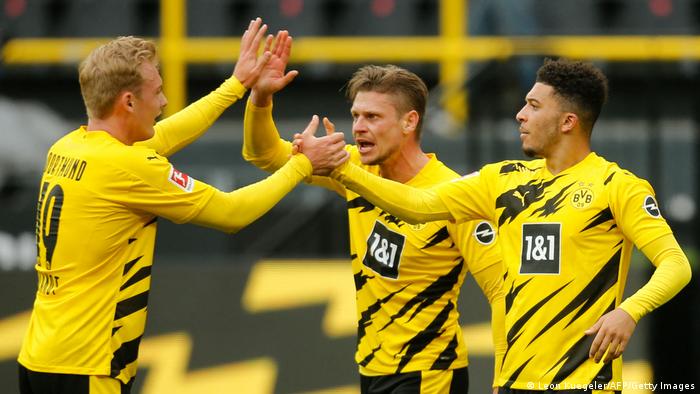 Did Bayern Munich win in the Bundesliga this weekend?

Bayern Munich WON the Bundesliga this weekend, without even kicking a ball.

RB Leipzig's defeat to Borussia Dortmund earlier on Saturday afternoon meant that Bayern were already crowned champions before their game against Borussia Mönchengladbach.

And they celebrated in style, thrashing the hapless Foals 6-0.

Did Borussia Dortmund win in the Bundesliga this weekend?

Indeed they did, and what a vital win it was in terms of their Champions League hopes.

Dortmund got off to a flying start against RB Leipzig and led 2-0 just after half-time thanks to goals from Marco Reus and Jadon Sancho. But they switched off completely and allowed the visitors to get back into the game courtesy of Lukas Klostermann and Dano Olmo.

Those Champions League hopes were suddenly in danger again until Sancho's 87th minute winner capped off a dramatic game.

And after direct rivals Eintracht Frankfurt could only manage a 1-1 draw against Mainz on Sunday, Dortmund ended the weekend in the top four. With two games left to play, they have their fate in their own hands.

They will also meet RB Leipzig again in the German Cup final on Thursday (20:45 CET).

Borussia Dortmund 3-2 RB Leipzig was a thriller, and Freiburg's 4-1 win away at struggling Cologne was also full of drama, but the most ridiculous game of the weekend actually came in Bundesliga 2, where former Bundesliga side Paderborn beat Erzgebirge Aue 8-3 (eight - three).

Anyone who thought this was going to be a meaningless end-of-season kick-around between two mid-table teams with nothing left to play for was quickly proven wrong when Aue raced into a 2-0 lead after just five minutes.

But Paderborn had turned it around to lead 4-2 by half-time, before adding another four in the second half.

What does the top 6 in the Bundesliga look like? 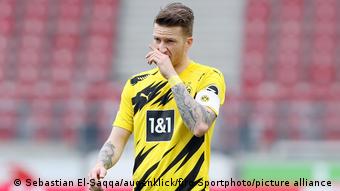 Borussia Dortmund's late win over RB Leipzig was obviously hugely important for their own Champions League hopes, but it also had the added effect of handing Bayern Munich the title.

Asked about how he felt about this quirk of fate by broadcaster Sportschau, however, captain Marco Reus replied simply: "Couldn't care less."