Bundesliga: Borussia Dortmund and the M-word

Marco Reus reacted angrily to suggestions that Borussia Dortmund are mentally fragile after last week's draw in Frankfurt. But is it a fair accusation? They host Werder Bremen on Saturday looking to prove a point. 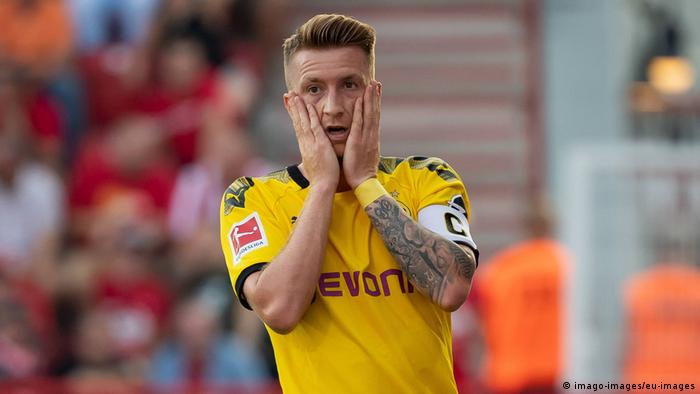 There is a particular word beginning with 'M' which is getting on people's nerves in Dortmund these days.

For once however, it's not München, the far-away Bavarian home of Borussia Dortmund's perennial title rivals Bayern Munich. No, the M-word on everybody's lips at the Westfalenstadion is "Mentalität." It probably doesn't need translating (it means mentality, or mindeset in English), but perhaps the compound nouns which BVB captain Marco Reus used last weekend do.

"You're really getting on my nerves now with your mentality crap, you really are," he told Sky's reporteron the pitch immediately after his team had conceded a last-minute equalizer away at Eintracht Frankfurt. "Are you serious? You think that goal was down to a mentality problem?"

The German language is brilliant when it comes to just sticking words together to make bigger ones, and Reus made full use of it to express his frustration at an accusation which he and his teammates have faced again and again over the last few years.

The word Mentalität (a feminine noun deriving from the Late Latin mentālis), meaning "of the mind," was often used in the second half of last season when Dortmund conspired to surrender a nine-point lead at the top of the table. 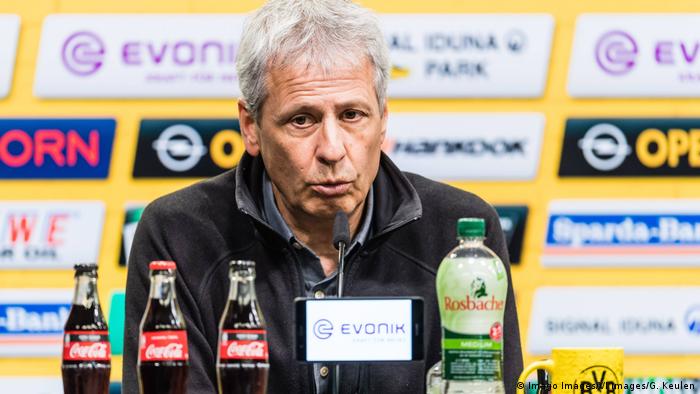 In less than a month, they suffered a 5-0 humiliation away at Bayern and collapsed to a 4-2 derby defeat at home to Schalke. Reus was sent off and a visibly shocked coach Lucien Favre effectively conceded the title. A week later, they threw away a two-goal lead and the same old mentality questions were asked.

Now, just five games into the new season, the M-word is being whispered again, much to Reus' annoyance. The 30-year-old clearly believed there was a more plausible explanation for Thomas Delaney's unfortunate own-goal.

"It's to do with our defensive positioning," he reasoned, with some justification as Dortmund had dropped deeper and deeper in the closing stages in the face of increased pressure from the home side. "We know that Frankfurt will always come at you, we just had to hold our lines better in the final few minutes. But don't come to me with this mentality thing again. Enough is enough."

It probably is too easy to reduce Borussia Dortmund's recent travails to mental fragility, but it also seems unfair to suggest reporters are looking for the most convenient explanation. After all, how else do you explain the setbacks against Union Berlin and Eintracht Frankfurt when, in almost every other department, Dortmund look perfectly placed to challenge for the Bundesliga title?

Augsburg, Cologne and Bayer Leverkusen have already felt the full force of a top quality squad which has been boosted by high-caliber signings. Even Barcelona were fortunate to escape from Dortmund with a point.

The stand-out player in that game was Mats Hummels. The 30-year-old was recruited specifically to address a glaring weakness in defense. Tellingly, when the central defender left the pitch injured in Frankfurt, BVB wobbled. 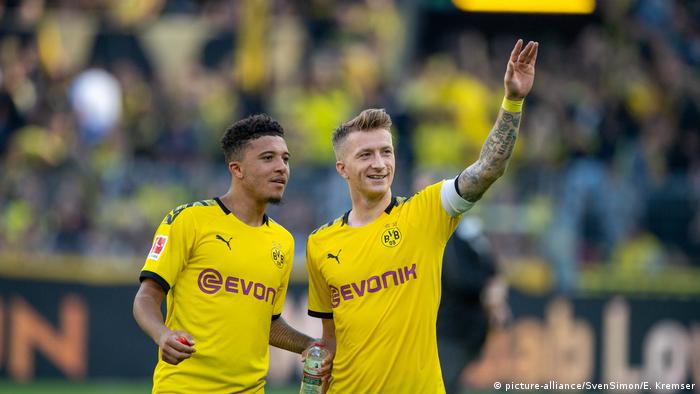 As kicker magazine pointed out this week, against the other six sides in last season's top seven, Dortmund came out on top with 31 points from 12 games – ahead of Bayern Munich (25) and RB Leipzig (18). Hypothesis: Dortmund are fine against the top teams but struggle against the "smaller" sides.

What's more, that loss to Schalke was Dortmund's only home league defeat all season. In the new campaign, they've won all three home games – including the Super Cup against Bayern – by a combined score of 11-1. Hypothesis: Dortmund are fine at the Westfalenstadion but struggle on the road.

Theoretically then, the visit of injury-depleted Werder Bremen on Saturday shouldn't pose a problem. Bremen might have secured that famous German Cup victory here last season, but they're unlikely to travel to Dortmund with the same sort of trepidation as a trip to Munich usually brings. Bayern exude an aura which Dortmund simply don't, and that is unmistakeably a question of mentality.