Bayern Munich are the bookies' favorites to win an eighth consecutive Bundesliga title. But contradictory comments from figures within the club regarding Leroy Sane suggest all is not well in the Bavarian capital. 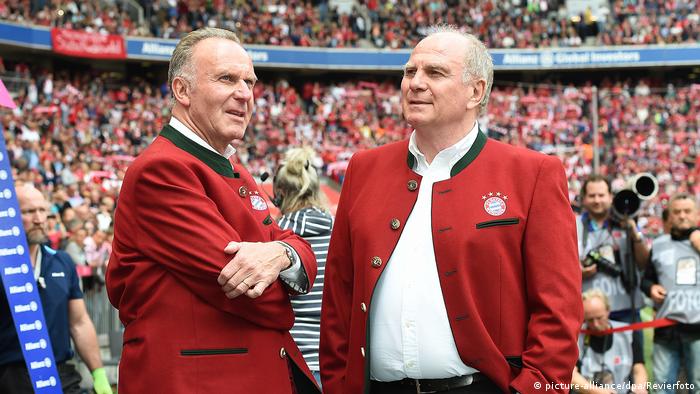 "They're a great club, with the right foundations. Former players run it really, Uli Hoeness and Karl-Heinz Rummenigge. They run the club in the right way and they are always winning the league in Germany."

And the Scot wasn't wrong, either. Despite their global stature and rampant commercialism, Bayern Munich remain in many ways a family affair, with dozens of ex-players still involved in key decision-making roles within the club.

In Munich, they call it "mia san mia." The club's official slogan translates as "we are who we are" in the local Bavarian dialect but it's more than just marketing; the phrase conveys an unshakeable self-confidence and strength derived from close, familial values. Indeed, Bayern Munich's critics — and there's no shortage of them — might be more inclined to use a rough Italian translation: la cosa nostra. 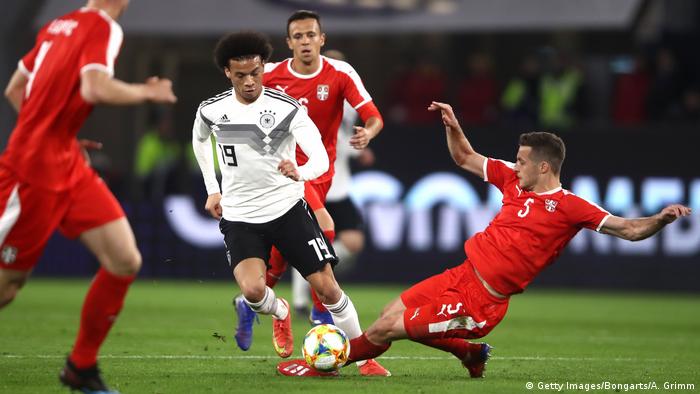 However, there are signs that perhaps all is not quite well within the big Bayern family, as demonstrated most recently by the public toing and froing regarding the club's pursuit of Leroy Sane.

"I'm very confident and I assume we can get him," said Kovac at the weekend, breaking ranks and drawing an immediate response from Rummenigge.

"I didn't like his comments," said the CEO. "We have a good relationship with Manchester City and our former coach Pep Guardiola, with whom Leroy Sane has a contract."

Rummenigge's uncharacteristically public admonishment was likely due to the fact that, as German magazine kicker discovered, Bayern had received an official communication from Manchester two weeks ago requesting that they refrain from public comments about the 23-year-old wide forward.

"We are all well advised not to speak about players who are under contract at other clubs," said sporting director Salihamidzic. "We won't do that again in future."

Kovac backtracked. "I phoned Pep Guardiola and apologized to him because I was too offensive," he said on Wednesday after Bayern's loss to Tottenham on penalties in the final of a preseason tournament. "I will refrain in the future." 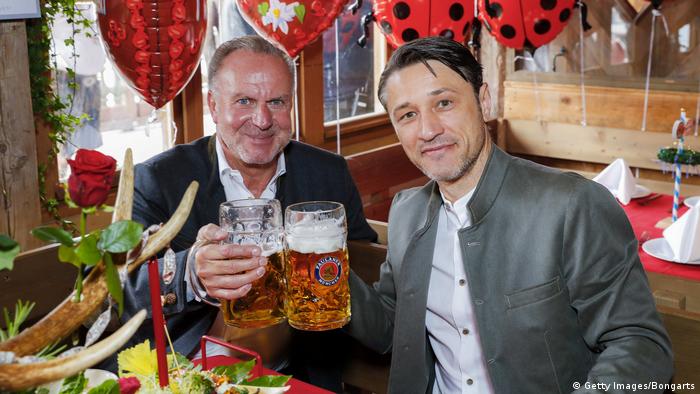 On the face of it, the back and forth could be dismissed as just another meaningless act in the annual soap opera which is the summer transfer window. But the contradictory comments emanating from Säbener Strasse are also indicative of a club which is anything but united as it attempts to navigate significant transitions on and off the pitch.

After all, Bayern's interest in Sane is a direct result of the failure so far to adequately replace longtime mainstays Arjen Robben and Franck Ribery. Sure, Serge Gnabry made progress last season and Kingsley Coman shows flashes of potential, but neither have demonstrated that they can truly nail down those wide-attacking positions permanently while Coman's fitness record is patchy.

After the Tottenham friendly on Wednesday, Kovac was also forced to deny reports in Germany that Bayern had reached an agreement with Bayer Leverkusen winger Leon Bailey.

But implementing a coherent transfer strategy is not made any easier when it's not certain where authority really lies. It's no secret that Rummenigge and Hoeness often disagree on key decisions regarding the direction of the club: Kovac, for instance, was Hoeness' choice. Rummenigge had wanted Thomas Tuchel to replace Jupp Heynckes.

Now, with Hoeness not expected to stand for reelection at the club's AGM in November, the still relatively inexperienced Kovac will lose his biggest supporter as he attempts to rebuild the squad. He still enjoys a good relationship with Salihamidzic but the sporting director's authority was already being questioned even before Rummenigge effectively spoke over him at their infamous media-bashing press conference back in October. 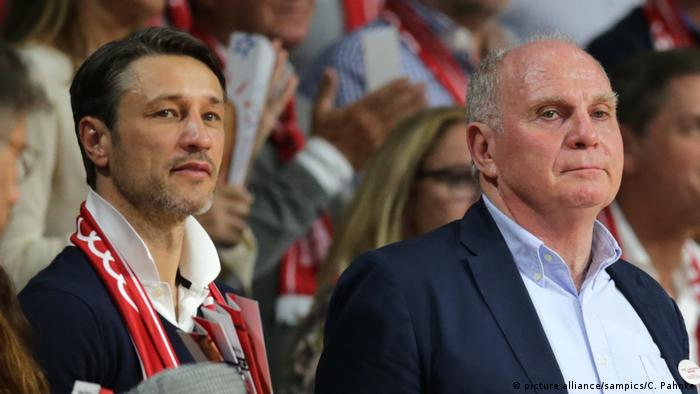 Uli Hoeness (right) is Niko Kovac's biggest supporter - but he won't be around for much longer.

Still on top — for now

As for Rummenigge, he has also announced his intention to step down in 2021. His successor, Oliver Kahn, will begin his initiation phase as early as January 2020 and will certainly bring a sizable portion of "mia san mia" with him. But the eight-time Bundesliga-winning goalkeeper, who studied "Strategic Management in German Professional Football" as a part of a business degree in Austria, will also have his own ideas as to how to take Bayern forward in future.

With major transitions still ongoing upstairs, Bayern's attempts to revamp on the field are likely to continue to be characterized by contradictory comments from key figures singing from different hymn sheets. Of course, last season's double-winners remain favorites to win an eighth consecutive Bundesliga title but Borussia Dortmund and RB Leipzig are lurking.

Sir Alex Ferguson is right: Bayern Munich are a great club, traditionally extremely well-managed by figures who know the club inside out, a club that strikes a good balance between global superpower and Bavarian family business.

But a family feud could be brewing.