Marco Reus is dreaming of the Bundesliga title. And with Borussia Dortmund investing heavily and wisely, and Bayern Munich in transition on and off the pitch, the BVB captain may never have a better chance. 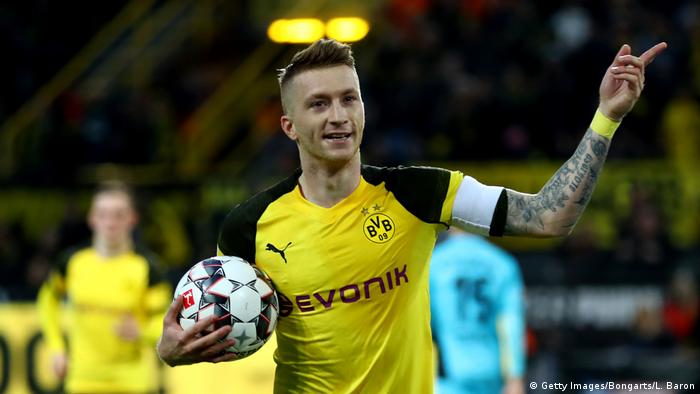 "We don't have any other choice," said Marco Reus in an interview with German football publication kicker this week. "If we said, with this team, that we just want to keep pace at the top, no-one would take us seriously. Our aim has to be the title."

Indeed, after the considerable investment in the side which finished just two points behind Bayern Munich last season, the Borussia Dortmund captain could hardly say anything else as his club launch a full-frontal assault to break the Bavarians' seven-year stranglehold.

The Black and Yellows have spent a reported €127 million ($142.1 million) on six new arrivals ahead of the new season, stocking up Lucien Favre's squad with some of the biggest names and brightest talents in the Bundesliga.

Preplanned deals for Thorgan Hazard (€25.5 million from Borussia Mönchengladbach) and Julian Brandt (€25m from Bayer Leverkusen) were wrapped up quickly and smoothly at the start of the summer, while Paco Alcacer's loan move from Barcelona had already been made permanent at a cost of €21 million.

"We've become more unpredictable up front," commented CEO Hans-Joachim Watze, but the 60-year-old knows as well as anybody that Dortmund's problems in the second half of last season were at the other end of the pitch, making the signings of German international left back Nico Schulz (€25.5 million from Hoffenheim) and, most notably, former German international Mats Hummels (€30.5 million from Bayern) much more important.

- Read more: Mario Götze faces yet another crossroads with a move abroad a possibility

"We have a lot more experience now, which we lacked towards the end," midfielder Axel Witsel told kicker during Dortmund's six-day tour of the United States. "We need to change how we deal with the pressure."

Witsel, 30, was one of the older heads whose influence nevertheless failed to prevent a string of individual errors which saw Dortmund throw away a nine-point lead over Bayern last season. But he's welcomed the return of Hummels (30), saying it's as if the former BVB title winner has never been away.

"The more leaders, the better," he insisted. "You need balls, you need courage. You can practice defending set-pieces for hundreds of hours but in the end it comes down to your head: are you focused? Now with Mats, we've gained a hugely experienced player."

Not only have Dortmund strengthened in key areas, there is also a feeling in western Germany that the window of opportunity to beat Bayern hasn't closed just yet, with the double-winners still undergoing significant transitions on several levels.

Further forward however, it remains to be seen whether Serge Gnabry and Kingsley Coman can establish themselves as genuine successors to Franck Ribery and Arjen Robben, while there is unlikely to be any development in Bayern's interest in Leroy Sane until the player returns from Manchester City's tour of the Far East next week. 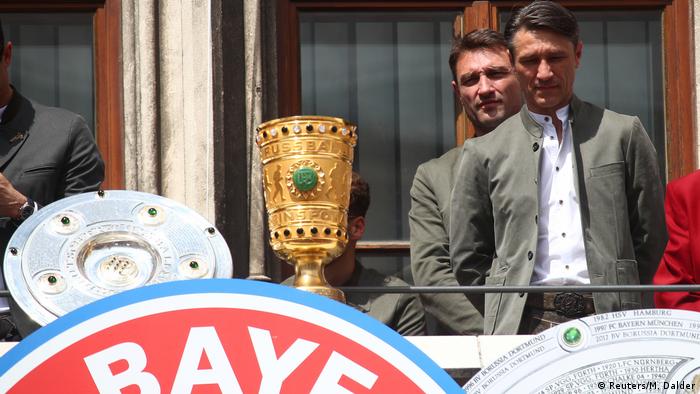 Top of the tree: Nico Kovac and Bayern Munich face their biggest domestic challenge in years

Changes are also afoot off the pitch on in Munich, with club president Uli Hoeneß planning not to stand for re-election in November. "Mister FC Bayern" will reportedly give way to former Adidas CEO Herbert Hainer, while Bayern CEO Karl-Heinz Rummenigge will start making way for Oliver Kahn in January 2020. "Bayern are showing the classic symptoms of a club in transition," writes Die Welt.

"To finish ahead of Bayern, everything has to fall into place from matchday one to matchday 34," said Reus. "Bayern win games 3-0 without breaking sweat whereas we still have to work extremely hard against the same opponents, and that ultimately takes its toll."

The 30-year-old, who became a father in March, was crowned Germany's Footballer of the Year for the second time this week, but he's dreaming bigger: "It's always been my dream to win the league with this club, to stand on a truck on Borsigplatz and celebrate with 500,000 people," he said. "League champions in your home city, what could be better?"

If Reus' dream is to come true, there's probably never been a more opportune moment for Borussia Dortmund.