Prosecutors in Bulgaria say they are collecting evidence about the possible involvement of Russia in explosions at Bulgarian arms depots. Officials claim there may be a link with similar blasts in the Czech Republic. 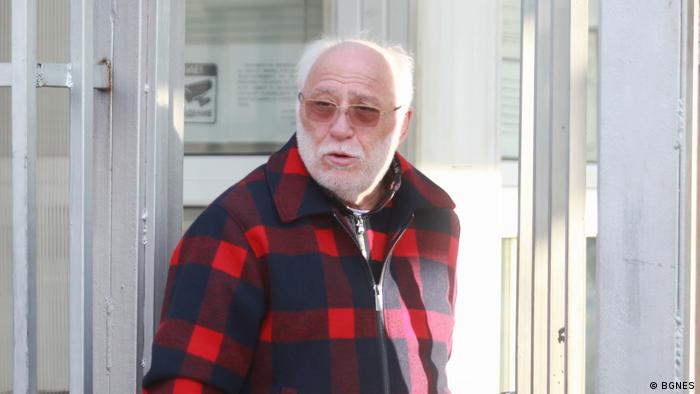 Emilian Gebrev was the victim of an attempted poisoning, and a depot holding his stock of weapons was targeted

Bulgarian prosecutors on Wednesday said they were investigating the possible involvement of six Russians in four explosions at arms depots from 2011 to 2020.

The arms stores were holding munitions destined for export to Ukraine and Georgia, the prosecution team said.

Prosecutors' spokeswoman Siyka Mileva said investigators could reasonably assume there were links between the blasts and munitions depot explosions in the Czech Republic in 2014. They also believe there may be connections with the attempted poisoning of Bulgarian arms trader Emilian Gebrev in 2015.

"The collected evidence points so far, with a great degree of credibility, to the conclusion that the aim of the actions of the Russian citizens was to stop the supplies [...] to Georgia and Ukraine," Mileva said. "Evidence is being collected on the complicity of these six Russian citizens."

Mileva said the team of prosecutors was talking to Czech counterparts to investigate possible connections. The 2014 explosions in the Czech Republic were at depots that stored munitions Gebrev owned.

Prosecutors claim the blast at Gebrev's company EMCO in 2011, two explosions at state arms company VMZ in 2015 and a fourth at private arms firm Arsenal in 2020 all had no obvious technical cause.

All were triggered remotely and followed the outbreak of fires apparently timed to allow workers to leave the area and avoid casualties.

Moscow and Prague are locked in their biggest row since the end of the Cold War, after Czech officials claimed Russian spies were behind the explosions on its soil.

Russia has rejected the Czech allegations as absurd and also dismissed the Bulgarian investigation on Wednesday.

"Either the Bulgarian side knew nothing and only now, after the Czech Republic announced the 2014 incident, decided to outshine the Czechs and look further back into history,"  Russian Foreign Minister Sergei Lavrov told reporters. "Or they knew about it for all this time but did not make it public for some reason."

Russia on Wednesday expelled diplomats from Slovakia, Latvia, Lithuania and Estonia in a tit-for-tat move amid a widening dispute over the Czech accusations.

Ukraine and Russia have been at odds since the Crimean Peninsula was annexed by Moscow and Russian-backed separatists in 2014, and an insurgency was launched in eastern Ukraine. There have been tensions between Russia and Georgia since the two were briefly at war in 2008.