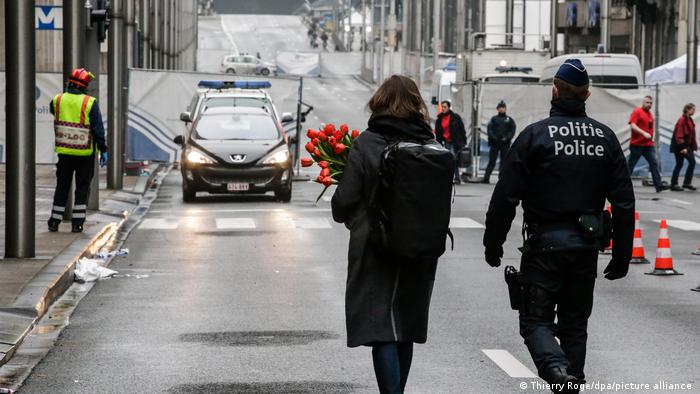 More than six years after the Brussels 2016 terrorist attacks, the trial to deliver justice kicks off.

Ten men accused of being directly or indirectly involved in the March 2016 Brussels terrorist attacks, will appear at a preliminary hearing in Belgium's Court of Assizes — the court which deals with the country's deadliest criminal cases — on Monday.

This hearing is the first step of the extraordinary trial and seeks to draw up a list of witnesses who will testify when the court begins its judgment procedure on October 13.

On the fateful morning of March 22, 2016, three coordinated suicide bombings in Brussels killed 32 people and paralyzed the city. The first attack took place at Brussels international airport, killing 16 people. Just over an hour later, another blast occurred in the Maelbeek metro station, located near the EU institutions, killing another 16 people.

Three perpetrators were killed and more than 340 were injured in the blasts.

The so-called Islamic State (IS) terrorist group claimed responsibility for the attacks, with the defendants including a French citizen who was also involved in the Paris 2015 terrorist attacks.

Walking in front of the memorial dedicated to victims of the attacks at the subway station, Christelle Giovannetti, a French national based in Brussels who survived the attacks, recollected the trauma she experienced on the day of the bombs went off.

"I don't usually take public transport and that morning, even though I had read about what happened at Brussels airport, I decided to take the metro since I had a meeting in the city center," she said.

"Suddenly, a bomb exploded in the metro and I knew we were under attack. Everything was pitch black and for a few seconds I couldn't see anything around me. I realized I also couldn't hear anything. The bomb was so loud, it had affected my ears.

"I still wear hearing aids even now and suffer a lot of ear problems. It's a lesser evil compared to what other victims experienced but it is hard for me to forget the ordeal of that day," she said, looking teary-eyed. 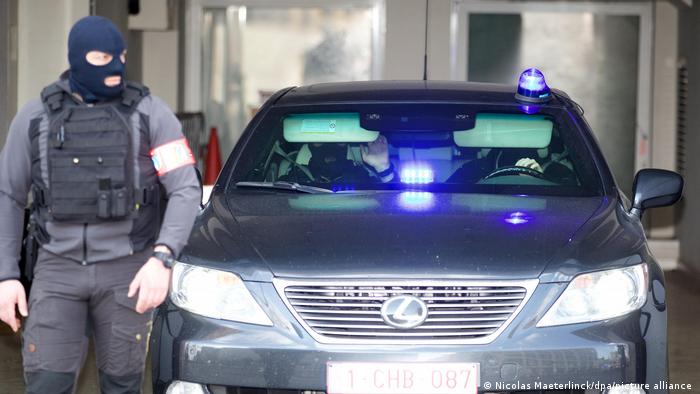 Ten suspects are due to go on trial

Among those killed at Maelbeek station was Sabrina Esmael Fazal. Her father, Hussein Esmael Fazal, told DW that his family is still trying to come to terms with the death of Sabrina, who was 22-years old when she died in the blast.

Standing at Sabrina's grave in the Belgian city of Ottignies-Louvain-la-Neuve, Esmael Fazal talked of how his daughter was always cheerful. Losing her completely shattered his family, he said.

"For four years after the attack, I remained strong for the sake of my wife and family. But I've become very depressed in the past two years. I used to be a tram driver .. but I started getting panic attacks after my daughter's death and so now I've started working on the administration side of things," he said.

Like Esmael Fazal, many victims' families still need ongoing psychological support. One of the organizations offering this is the association Life4Brussels, which was set up a day after the attacks to support victims.

The association's president, Jamila Adda, said that more than six years after the attacks, the association still holds regular meet ups for those affected by the bombings.

"When victims meet each other, they understand that what they're going through is totally normal and that they're not alone," she told DW.

"We've also set up legal hotlines for them to seek help. ... Many of them aren't even aware of their rights so we've set up a collective of lawyers who represent around 250 victims and help them understand their rights, for no legal fee," she said.

Brussels-based criminal lawyer Olivia Venet is a part of this collective and will be representing the victims in the upcoming trial.

The case was uniquely complicated, she said, which is why it has taken so long to come to trial.

"This case involved victims from different countries and the attackers also had different nationalities," she said. "We had to take our time making inquiries, going over multiple sources of proof and also collecting witness records. This long process of research is important to get justice."

Victim identification was also a big issue, and it took time to complete the genetic inquiries, she explained.

"In general, in Belgium, to get justice with such crimes, it will take you two years. But fighting radicalization is a worldwide problem. The fact that this trial is beginning now and will take place according to the rule of law in Belgium shows that democracy and justice can play a rule in fighting terrorism."

Speaking on the sixth anniversary of the attacks, Belgium's Flemish Minister of Justice, Zuhal Demir, said that a team of 40 justice assistants would be present at the trial to aid victims and their family members.

The government "wants to ensure that the victims aren't alone" when the trial begins, she said.

The verdict isn't expected until sometime next year. For many of the victims, seeing justice done, however long it takes, is critical for healing.

"It will still take me time to forget all the images from that day," said Christelle Giovannetti. "But the answers from the trial will help me better deal with my trauma and I hope to be able to move on with my life."

Les Invalides, the 17th century complex that houses Napoleon's tomb, was chosen for a ceremony to honor the 130 victims of the recent terror attacks. More than 1,000 guests, including the victims' families, attended.

In Belgium, 10 suspects will stand trial for the Islamist bombing attacks in Brussels in 2016 that killed 32 people. DW's Marina Strauss met one woman who witnessed events and hopes the trial will help bring some closure.