Belgian prosecutors have arrested a tenth suspect in the Paris attacks probe. The Belgian national has been charged with terrorist murder and participation in the activities of a terrorist group. 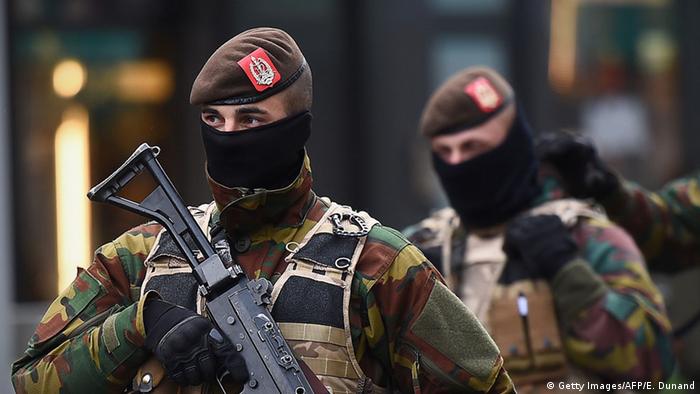 The suspect, born in 1993 and identified only as Ayoub B., was detained on Wednesday following a police search in the Molenbeek neighborhood of Brussels, where several suspects, including the attackers' ringleader, Abdelhamid Abaaoud, had lived.

Ayoub B. is due to appear before a judge within five days, who will decide whether he should continue to be held in preventive detention.

The Belgian Federal Prosecutor's Office said in a statement on Thursday that "about 10 cell phones" were also seized during Wednesday's search, and were being examined.

Six others were detained and questioned during seven house searches on Thursday morning. Three of the detained were later released.

Belgian authorities have been conducting raids across the country since militants carried out a series of attacks on November 13, killing 130 people.

Some of those detained in raids have since been released, with charges being brought against nine people, most recently Abdoullah C., who was charged last week.

The arrest on Wednesday came as Brussels and other European capitals remained on high alert, ahead of New Year's celebrations.

Following arrests over a "New Year terrorist plot," Brussels mayor Yvan Mayeur canceled the city's New Year's Eve firework display and other celebrations, as it was not possible to "guarantee that we can check everyone coming to the event."

Belgian Prime Minister Charles Michel supported the move, saying the decision was a "tough one, but the right one."

In the German capital, Berlin, some 900 officers and 600 security personnel will be on hand at the Brandenburg Gate on Thursday night, as revelers gather to watch the fireworks. As part of the extra security measures, backpacks, bags, suitcases, folding chairs, glass bottles, fireworks, megaphones and laser pointers have all been banned.

Just hours after his arrest, a 25-year-old man broke a toilet in a jail in Brussels and escaped through a hole in the wall, according to the police.

The suspected lone survivor of the group that carried out the 2015 terror attacks in Paris has told judges it was "his decision" to not blow himself up.