Berlin prepares for New Year celebrations amid Europe-wide terror threat | Europe | News and current affairs from around the continent | DW | 30.12.2015

Security will be tight this New Year's Eve in Germany. It's most evident in Berlin, where the country's biggest party is due to be held at the Brandenburg Gate. Amid terror threats, officials across Europe are on alert. 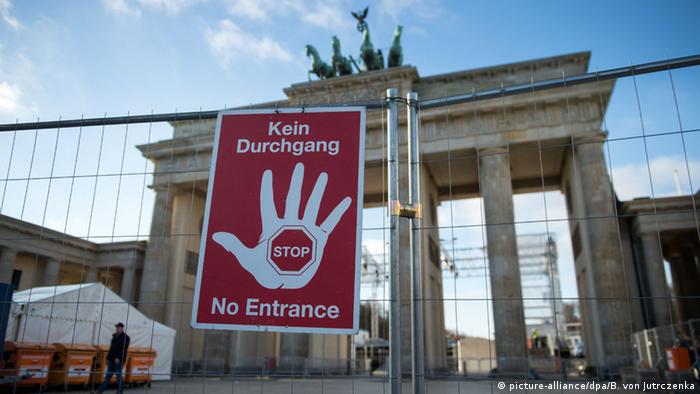 For the past several years, hundreds of thousands of people, mostly tourists, have come together in Berlin to ring in the New Year, gathering between the Brandenburg Gate and the Victory Column. But those who plan to attend this year should familiarize themselves with the extensive security advice given by police. Backpacks, bags, suitcases, folding chairs, glass bottles, fireworks, megaphones and laser pointers are all prohibited.

The entire area around the "party mile" has been cordoned off since Christmas. On New Year's Eve people will be screened at the predetermined entrances. Some 900 police officers and 600 security stewards will be on hand, more than ever before for the big celebration.

But at least the party is going to take place. Moscow's Red Square will be closed this year. Moscow security chief Alexey Mayorov told the news agency AFP that anyone who came to the square would be turned away by police. The official reason: The square has been reserved for a concert which will be recorded by Russian state television's Channel One, and is for invited guests only. 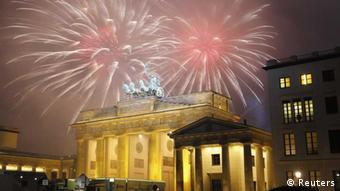 The party at the Brandenburg Gate is one of Europe's biggest

Yet many Muscovites think that this is just a fabricated excuse. Former parliamentarian Alexandr Kluikin reportedly told the radio station Kommersant that "closing Red Square is like closing down Times Square in New York."

On December 26, Austrian media reported that they had received news that a terror warning had been issued for European capitals. The tip, they said, came from a "friendly" intelligence service. According to the report, potential attackers were heading toward Europe. Police in Vienna reacted by stating: "There could be bomb or gun attacks between Christmas and the New Year's Eve at sites where people gather in large groups." They continued that the lead "stipulates a higher than general abstract state of danger" and that security authorities throughout Europe were "undertaking heightened police measures." Austrian authorities, nevertheless, saw no reason to cancel planned events. 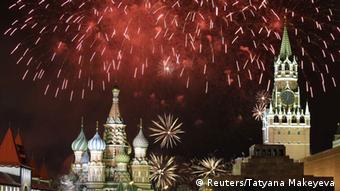 The security measures in Berlin are apparently not related to the reports from Vienna though, as press statements from the German capital were issued on December 22.

In Brussels, Belgian police announced that they had foiled a plot to carry out attacks on New Year's Eve. The federal prosecutor's office announced that two persons suspected of planning attacks at a number of popular sites throughout the Belgian capital on New Year's Eve had been taken into preemptive custody. Prosecutors said that there were indications of "a serious threat."

Only 'general' answers from the interior ministry

Security was tightened overall in Germany in the wake of November's Paris terror attacks. For instance, police openly carrying machine guns can be seen at train stations. Germany's interior ministry, however, declined to comment directly on the warning from Vienna, preferring to comment "generally."

A ministry spokesperson told Deutsche Welle: "We are in close contact with our partners in Austria. We will not comment on details regarding measures being taken there." Furthermore, it was said that Germany, along with other European nations, was in the terrorists' sights. We must assume that the threat posed by international terrorism remains high. Security authorities, it is said, are following leads and constantly updating safety measures for the ever-evolving situation.

The two men were thought to have been preparing an attack on Kizilay square, where people usually gather for New Year celebrations. Police have seized suicide vests in the raids. (30.12.2015)