Princess Eugenie, granddaughter to Queen Elizabeth II, is engaged to marry her boyfriend Jack Brooksbank. The wedding will be celebrated a few months after Prince Harry and Meghan Markle tie the knot in May. 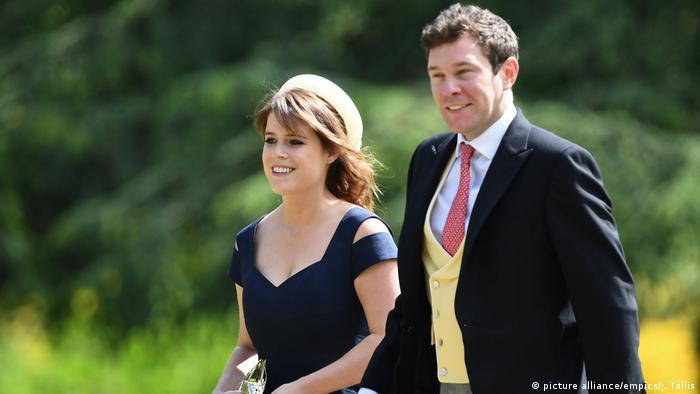 Princess Eugenie of York (photo left), the second daughter of Prince Andrew, Duke of York, and ex-wife Sarah Ferguson — who retains her title Duchess of York — became engaged to her longtime boyfriend Jack Brooksbank in Nicaragua, the royal family said in a statement on Monday.

A second tweet announced that the wedding would take place in the autumn of 2018 at St. George's Chapel in Windsor. Prince Harry and Meghan Markle plan to marry at the same church on May 19.

Princess Eugenie, 27, and her fiance, 31, began dating around seven years ago, after they met during a ski trip in the Swiss resort of Verbier.

Brooksbank, dubbed a "socialite" by British media, is the manager of a posh London club called the Mahiki. The Polynesian-themed venue is known for its celebrity and upper-class clientele.

Eugenie rarely carries out royal public duties. She is an associate director at the Hauser & Wirth art gallery in London and is the patron of several charities.

She is eighth in line to the throne, behind her uncle, Prince Charles, his son Prince William, and others including her sister Princess Beatrice, 29.

Many Americans have German ancestors — and that's also the case for actress Meghan Markle, who will be marrying Prince Harry in May 2018. (29.11.2017)