British Prime Minister Boris Johnson spoke of "Russian hostility" as his office declared enhanced support to NATO member states. British officials are set to engage in talks in Brussels and Moscow next week. 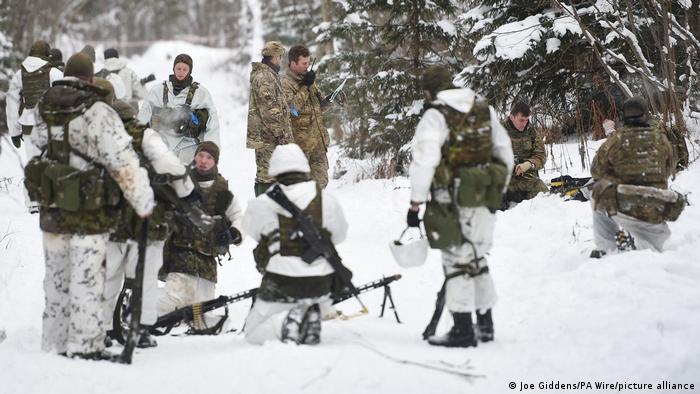 These UK soldiers took part in winter training in Estonia in 2018. A new UK plan could see defensive weapons sent to Estonia

The United Kingdom is considering making a major NATO deployment in response to Russia massing troops on the border with Ukraine, the government said on Saturday.

What do we know about deployment?

The UK is considering an offer that doubles troop numbers in NATO's Nordic and Baltic member countries and sending defensive weapons to Estonia, the prime minister's office said. 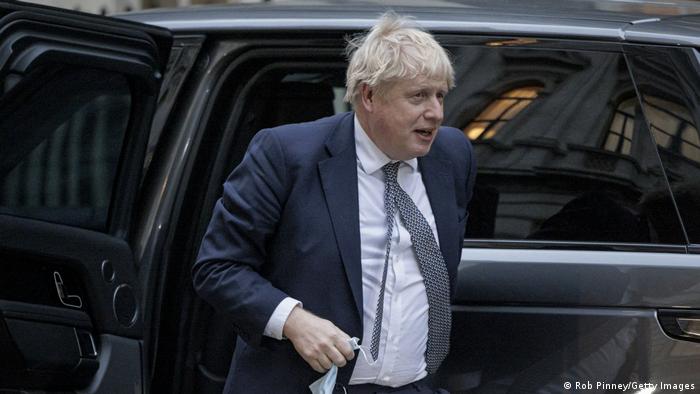 Boris Johnson spoke of 'Russian hostility' in the announcement

"This package would send a clear message to the Kremlin — we will not tolerate their destabilizing activity, and we will always stand with our NATO allies in the face of Russian hostility," Johnson said in a statement.

"I have ordered our Armed Forces to prepare to deploy across Europe next week, ensuring we are able to support our NATO allies," he added.

Johnson said if Russian President Vladimir Putin chose "bloodshed and destruction" in Ukraine, it would be a "tragedy for Europe."

Details to be finalized next week

Officials will finalize the details of the offer in Brussels next week after ministers discuss various options on Monday.

Johnson is due to visit the region next week and will speak to Putin over the phone.

Britain's foreign and defense ministers will also go to Moscow for talks with their Russian counterparts in the coming days.

"They will be asked to improve relationships with President Putin's government and encourage de-escalation," Johnson's office said.

British Defense Secretary Ben Wallace is also set to travel to meet with allies in Hungary, Slovenia and Croatia next week.