Bringing back #BringBackOurGirls | World| Breaking news and perspectives from around the globe | DW | 11.09.2014

"Bring back our girls" was launched 150 days ago to demand the return of hundreds of kidnapped Nigerian students. What's its status today? DW looks at the campaign's rise - and decline. 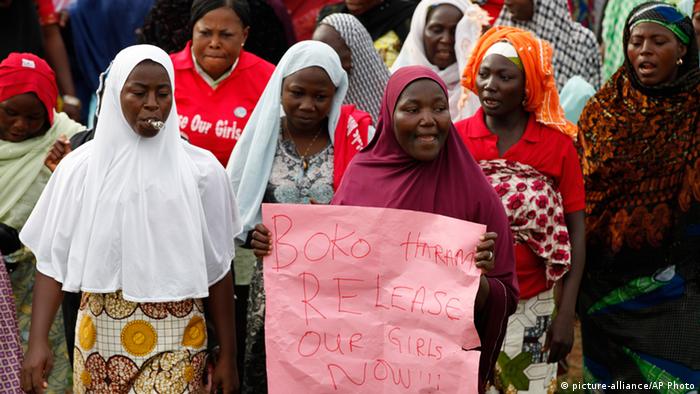 Exactly 150 days ago, heavily armed Boko Haram terrorists stormed a school in northern Nigeria, set fire to it and kidnapped more than 300 girls. Despite known risks, schools in the area had reopened for final exams. The girls had been top students and sought the opportunity to advance their education.

Although some 50 girls were able to escape, the remaining 276 are now reportedly being auctioned off to the militants for somewhere around $12 each (nine euros) and are then forced to become their wives.

Within a week, a social media campaign under motto "Bring back our girls" had launched. Its goal was to raise awareness and pressure the Nigerian government while encouraging other governments, including the United States, to intervene.

The hashtag BringBackOurGirls went viral over the course of several weeks, as this graphic shows:

How "Bring back our girls" went viral

The campaign also saw a number of prominent backers - like Malala Yousafzai, who gained global fame after surviving a shot to the head at age 15 by the Taliban in Pakistan for advocating girls' education.

US First Lady Michelle Obama championed the cause as well:

Posters held by these prominent men also began trending around the same time, promoting a related but a slightly different message. #BringBackOurGirls, it turns out, reinvigorated the RealMenDontBuyGirls campaign.

Which leads to the question: Has #BringBackOurGirls lost its momentum? That's what Ify Elueze believes. She founded a Change.org petition addressed to "World Leaders and International Organizations" expressing solidarity with the Nigerian abductees and imploring others to increase efforts for the girls' safe return. The petition has garnered more than a million signatures but has not reached its goal of 1.5 million signatures.

The campaign has lost attention as other urgent issues have taken over the spotlight - and this is perfectly correct, Elueze said. "The world is facing many challenges that are equally of importance," the Germany-based student told DW. This includes the Ebola outbreak in West Africa, she said.

But perhaps another reason #BringBackOurGirls seems to be past its day is the trendy and fleeting nature of online campaigns. The ice bucket challenge, for example, took over as the social media viral post in August. Yet the ice bucket challenge did generate more than $94 million in donations for the ALS Association - nearly 50 times more than during the same period the previous year.

But that doesn't mean people should give up hope - or stop engaging, Elueze said.

The Bring Back Our Girls Facebook page continues to be active. And most of all, pressure should be kept up on decision-makers and stakeholders. Offline activism also needs to be reinvigorated, she added.

And that's exactly what people committed to bringing back the girls are doing. On Wednesday, a leading member of the campaign called upon Nigerian President Goodluck Jonathan's government to speed up investigations into allegations that Boko Haram was able to use the Nigerian Central Bank to help in their funding efforts.

Perhaps with continued pressure, the girls can be brought back.

100 days as captives of Boko Haram

Three months ago, the northern Nigerian town of Chibok made headline news when Boko Haram abducted nearly 300 schoolgirls. The kidnapping has plunged the government of President Jonathan into crisis. (23.07.2014)

Up to a hundred people are reported to have been seized by Islamist extremists in Nigeria. It's the latest incident in a spate of near-daily attacks linked to Boko Haram militants. (24.06.2014)