The virus is spreading like wildfire. A German Ebola expert tells Deutsche Welle, that it will not be possible to contain the virus with the measures that have been taken so far. 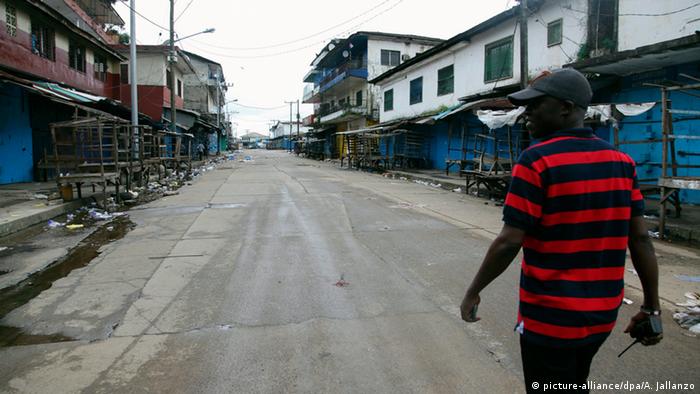 But Jonas Schmidt-Chanasit of the Bernhard Nocht Institute for Tropical Medicine in Hamburg told DW that he is losing hope, that Sierra Leone and Liberia will receive the neccessary aid in time. Those are two of the countries worst hit by the recent Ebola epidemic.

"The right time to get this epidemic under control in these countries has been missed," he said. That time was May and June. "Now it will be much more difficult."

Schmidt-Chanasit expects the virus will "become endemic" in this part of the world, if no massive assistence arrives.

With other words: It could more or less infect everybody and many people could die.

Stop the virus from spilling over to other countries

Schmidt-Chanasit knows that it is a hard thing to say.

He stresses that he doesn't want international help to stop. Quite the contrary: He demands "massive help".

For Sierra Leone and Liberia, though, he thinks "it is very difficult to bring enough help there to get a grip on the epidemic."

According to the virologist, the most important thing to do now is to prevent the virus from spreading to other countries, "and to help where it is still possible, in Nigeria and Senegal for example."

Moreover, much more money has to be put into evaluating suitable vaccines, he added. 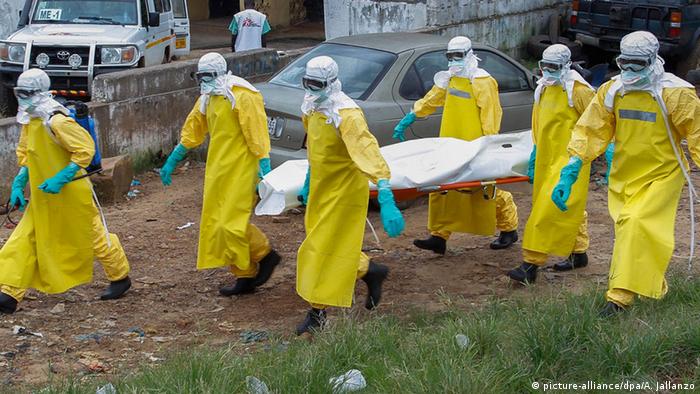 In Liberia, the death toll has risen to over 1000.

In the headquarters of Welthungerhilfe, a German non-governmental aid organization that is engaged in helping with the Ebola epidemic, Schmidt-Chanasit's statement causes much contempt.

Such declarations "are not very constructive," a spokeswoman said.

Moninger has been living in Sierra Leone for four years and has experienced the Ebola outbreak there from the beginning.

"The measures are beginning to show progress," he says. "The problem is solvable - the disease can be stemmed."

"If I had lost hope completely, I would pack my things and take my family out of here", Moninger adds. Instead, he and his family will stay.

In Sierra Leone, the government has ordered a quarantine of 21 days for every household in which an Ebola case occurred. Soldiers and police are guarding these houses preventing anyone who has come into contact with an Ebola patient from leaving.

According to Moninger, that is exactly the right thing to do: isolating sick people - should it be necessary, even with military force. 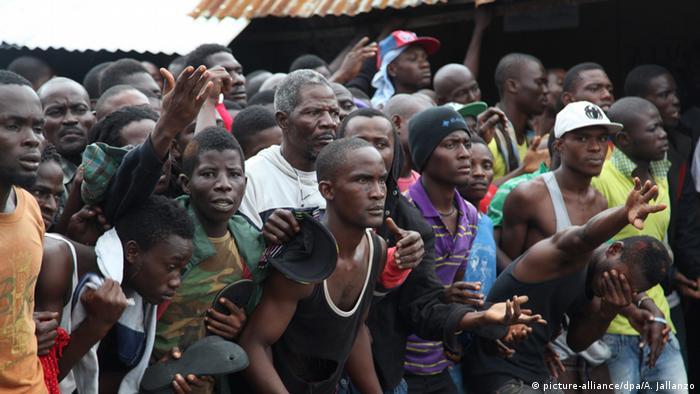 Moninger says he doesn't know much about the situation in Liberia. But indeed, he got the impression that "there seems to be happening something that is not good at all."

He grants that Schmidt-Chanasit's statement "might point a little bit into the right direction" regarding Liberia.

Liberia has not taken on the same quarantine measures as Sierra Leone. According to a WOrld HEalth Organization (WHO) report, Ebola-infected people are crisscrossing the capital in shared taxis, looking for a treatment place and returning home after finding none. This way the virus spreads.

"Distributing hopelessness", though, Moninger said, "is dangerous", adding that there are many human lives at risk, and "statements like these make the situation even worse".

Disastrous, but not without hope

The WHO in Geneva refuses to comment on Schmidt-Chanasit's statement.

WHO spokeswoman Fadéla Chaib, though, says that there is "of course" still hope for both countries.

"We can bring the situation under control in 6 to 9 months," she told DW. 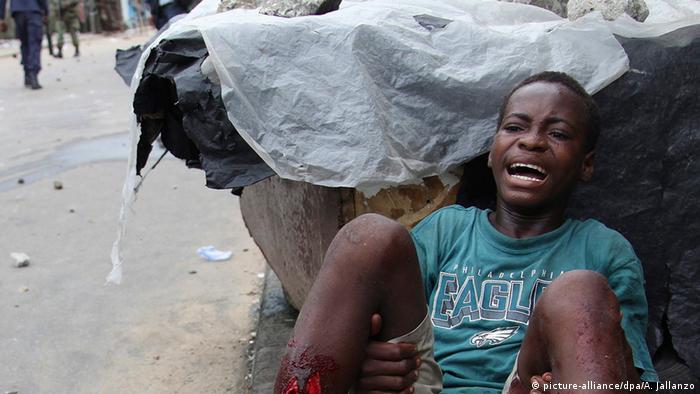 When protesting against government's decision to quarantine West Point, residents have been injured.

She admits, though, that the situation especially in Liberia is "very intense".

The government is completely outstripped and as soon as a new Ebola treatment center has opened, it is overflowed by patients, she says, adding that Liberia has the highest number of cases and deaths in West Africa with a 60 percent case-fatality rate.

The situation is getting worse after 80 health workers, doctors and nurses, have died after contracting the disease.

The WHO even expects thousands of new cases of Ebola in Liberia over the next few weeks.

Not only neighboring countries but also Europe and the US will have to support the fight against the epidemic, WHO's Chaib demands.

Then it might be possible to win this fight.

The key to getting a grip on the epidemic is to stop the transmission of Ebola, especially in healthcare workers, she says.

Creating Ebola centers in the communities themselves will stop Ebola patients and their family members moving around and infecting other people.

"We will do everything we can to stop this Ebola outbreak. We will not let down West Africa."

Unstoppable: is Ebola mutating with unknown consequences before our eyes?

US President Barack Obama says the Ebola virus, currently attacking western Africa, could mutate - making it even more dangerous. The virus has already changed its genome, with unknown consequences. (10.09.2014)

Politicians, business leaders and aid organizations have called for the lifting of travel restrictions on Ebola affected nations. They say consequences of travel bans are more serious than the virus itself. (10.09.2014)

The World Health Organization (WHO) says over 4,000 people have now contracted the Ebola virus in West Africa. Liberia's Minister of Information, Lewis Brown, told DW about the difficulties his country is facing. (09.09.2014)