UK lawmakers have voiced their support for a three-step plan that could allow them to delay the UK's departure from the EU. MPs rejected an alternative plan that had been proposed by the opposition Labour Party. 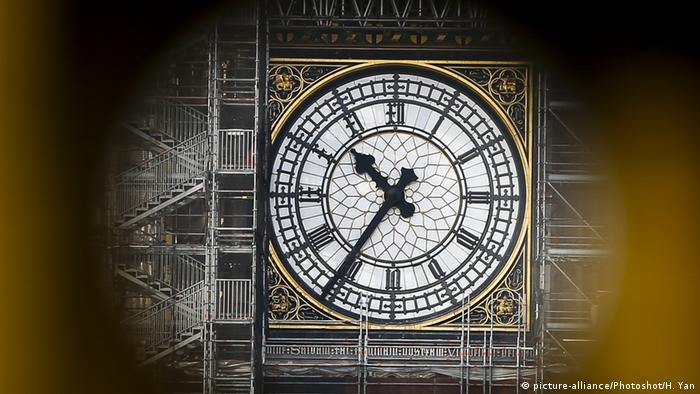 UK lawmakers have backed a plan by Prime Minister Theresa May that could result in a delay to the country's planned exit from the European Union at the end of next month.

More than 500 MPs voted in favor of a motion by Labour Party MP Yvette Cooper on Wednesday that voiced support for the three-step plan, which foresees Parliament voting a second time on a revised version of May's Brexit deal by March 12.

If the deal is defeated, Parliament would then vote on whether to leave the EU without a deal or delay its departure date.

The vote came a day after May presented her plan to lawmakers.

Read more: Brexit: May offers MPs a choice between a deal, 'no deal' or delay

Cooper's motion was one of four that lawmakers voted on during a debate on Wednesday:

Despite the defeat of his party's amendment, leader Jeremy Corbyn said Labour would continue to push for other options "including a close economic relationship based on our credible alternative plan or a general election."

But Corbyn also said a second Brexit referendum would be on the table. "We will back a public vote in order to prevent a damaging Tory Brexit or a disastrous no deal outcome," he said.

Corbyn's remarks followed a Labour statement that it would sponsor or support a second vote if the party's amendment was rejected in Parliament.

Ahead of Wednesday's debate, Chancellor Angela Merkel discussed Brexit during a meeting with President Emmanuel Macron in Paris.

At the press conference after their discussions, both leaders made statements about an extension to the process — with a slight difference in tone.

Merkel said Germany and France "agree completely" that the withdrawal agreement already negotiated between the EU and the UK stands.

However, she added that the EU would not refuse the UK more time if an extension was requested. "If Britain needs a bit more time, we will not refuse that, but we are aiming for an orderly solution — an orderly withdrawal by the British from the European Union," she said.

Read more: Draft Brexit deal — what you need to know.

Ahead of the parliamentary votes, Prime Minister May repeated that she did not want any postponement. "The government's policy is to get the legally binding changes so a deal can be brought back to this house...and we can leave on March 29 with a deal," she said.

The opposition Labour party is hinting at a second 'public vote' as the chaos of a no-deal Brexit looms on the horizon. The EU's Donald Tusk has said it would be "rational" to postpone the date. (26.02.2019)

The Franco-German Treaty on Cooperation and Integration was signed 56 years after Chancellor Konrad Adenauer and President Charles de Gaulle signed the Elysee Treaty in Paris. It sets out an alliance in broad terms. (22.01.2019)

Frontex suspends operations in Hungary over asylum system 5h ago

Controversial Polish abortion law to go into effect 6h ago