Many British lawmakers appear ready to ask the EU for an extension to the Brexit process instead of exiting without a deal on March 29. But would the EU agree to delay the divorce? 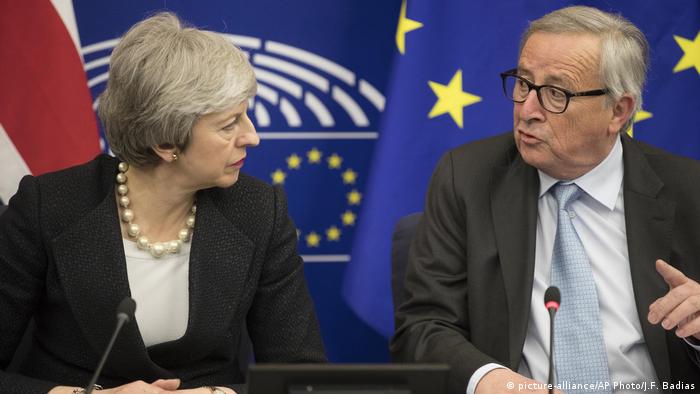 If British lawmakers vote on Thursday to request an extension of the Article 50 procedure, the official name of the process the UK follows to leave the European Union, they may face a skeptical response from the bloc.

Largely fed up with the lack of a common opinion coming from London, politicians in the EU have by no means guaranteed they will agree to prolong Brexit discussions.

Here are the issues EU leaders will have to consider:

Justify the request, with some strings attached

Leaders of the EU and its member states have mostly said they are open to the idea of an extension, but only if Britain can justify its request to postpone the Brexit date, barely two weeks away. An extension requires unanimous approval from the 27 remaining EU members.

European Council President Donald Tusk said Britain would have to provide a "credible justification" for any request for a delay.

This line of "credible justification" has been repeated almost verbatim by several European leaders.

German MEP David McAllister told DW the UK would need be "credible" and "convincing." While Dutch Prime Minister Mark Rutte wrote on Twitter: "Should the UK hand in a reasoned request for an extension, I expect a credible and convincing justification."

The EU has not yet fully outlined what this would entail, but they would likely be looking for a clear road map of how the UK wants to proceed with extra time. Ideally, it would be a technical extension to implement the deal following a third vote.

"Why would we prolong the negotiation? To do what? Because the Article 50 negotiation is finished, we have a treaty, it's there," he said, referring to the deal that took the EU and UK more than two years to negotiate, and was twice rejected by British lawmakers.

How long can they extend?

If the EU member states are convinced by a request to postpone the Brexit process, the question of how long this would be remains.

The proposal on Thursday's vote is to extend until June 30.

For most of the bloc, elections for the European Parliament represent the last possible exit point for Britain. The elections take place between May 23 and May 26 and some of the UK's 73 seats are set to be redistributed.

However, Michael Roth, Germany's deputy minister for Europe, proposed the date of July 1 as the absolute limit for Britain leaving the EU without participating in the elections, as those elected in May would take their posts on July 2.

Roth's colleague, Economy Minister Peter Altmaier, was presenting a much more tolerant view of an extension, saying he did not think there should be "artificial limits" to the extension.

Why are the elections the hard limit for some?

If Britain remains in the EU after the election date, or at latest July 1 as Roth proposes, they would legally have to take part in the elections. Member states cannot excuse themselves from the election process.

But member states chafe at the idea of allowing Britain a final chance to influence the institution it said it wants to leave.

Guy Verhofstadt, the European Parliament's chief Brexit official, said if Britain participates in the elections, they "will be hijacked by the Brexiteers and the whole Brexit issue."

"The only thing we will do is give a new mandate to Mr. (Nigel) Farage," Verhofstadt said.

For his part, the most famous Brexiteer insists he will be glad to see the back of the EU and his generous parliamentary benefits. The founder of the far-right, anti-EU UKIP party has been an MEP since 1999.

Manfred Weber, who will likely succeed Jean-Claude Juncker, has ruled out the idea.

"What I have to guarantee is that the tragedy and chaotic situation in London does not infect the European decision-making process. Europeans have to vote by May 26 for the future of this continent and we have to do this of our own will," Weber told DW.

Many European and British lawmakers are now talking about a one-year extension if a deal is again rejected, but it is unclear how this would affect the elections.

Even Tusk was advocating on Thursday for a long delay, if the British see fit. The European Council president said he will appeal to EU capitals to consider a long delay.

"During my consultations ahead of the EU summit, I will appeal to the EU27 to be open to a long extension if the UK finds it necessary to rethink its Brexit strategy and build consensus around it," Tusk tweeted.

Tusk's comments came shortly after a prominent member of Germany's opposition FDP, Alexander Graf Lambsdorff, told the daily Die Welt that a second referendum would be the only valid reason for a longer extension. Irish Foreign Minister Simon Coveney promoted the idea of a 21-month extension that could lead to a fundamental rethink of the idea of Brexit by the British.

MEP McAllister told DW: "If a longer extension is asked for, then we need a fundamentally different political attitude in London. Then we will really have to sit down and see how we can explain ... why the UK should remain a part of the EU much longer than the European elections." He also raised the prospect of the UK revoking the Article 50 procedure in such a scenario.

Some observers say the idea of a long delay could be a tactic by the EU and Remainers to push Brexiteers, afraid of being trapped in the EU, into accepting the current deal. However, at least one euroskeptic lawmaker has said he is willing to take the risk of a long delay rather than adopt Theresa May's "rancid" deal.

If the EU says no to Britain

If the EU refuses an Article 50 extension, then the UK will likely crash out of the bloc on March 29 with no agreement, likely causing considerable economic damage to both Britain and European Union members. This is unless the UK can agree on the twice-rejected deal in time for the EU to accept it.

"If the political class fails so totally in Great Britain, then we as Europeans cannot solve the British domestic internal problems; that's the situation," he said. "We are ready."

Up until now, the EU has presented a unified front in Brexit negotiations. But if just one member state rejects the idea of an extension, the opportunity is over and the extension will be refused.

While this does appear to be the least-likely option, countries such as France are taking a notably strong stance on the issue. The French president's office has said it is still working towards March 29 as the likely exit date, unless the UK can provide a credible strategy.

Viktor Orban's Fidesz party faces suspension or expulsion from the European People's Party, the largest political bloc in the EU Parliament. EPP chief Manfred Weber says that can be avoided if Orban does three things. (06.03.2019)