UK PM Boris Johnson's plan to lead his country out of the EU by the end of October has met a stinging defeat in the lower house. London is in disarray, but Brussels says it is prepared for all eventualities. 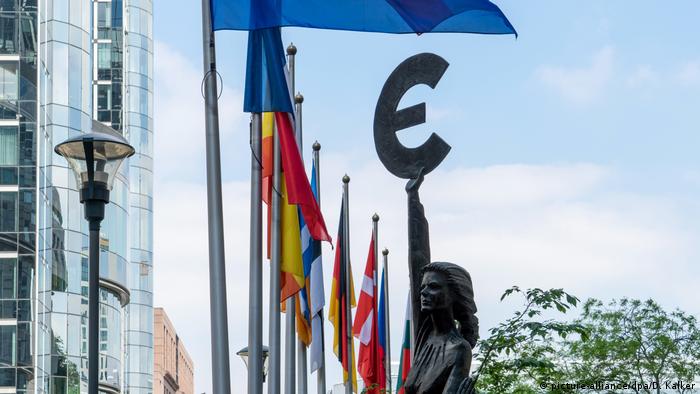 The British prime minister has insisted that talks with the EU on a revised Brexit deal were "making substantial progress." But the bloc says the UK has not submitted any substantial new proposals. European Commission spokeswoman, Mina Andreeva, told reporters in Brussels that "there is nothing new" from London.

She also said that the EU was open to a deal, but was also carrying on with no-deal preparations.

"There may be twists and turns in political developments in London right now, but our position is stable. We are willing to work constructively with Prime Minister Boris Johnson and to look at any proposals that he may have as long as they are compatible with the withdrawal agreement," she said.

Johnson's attempt to get the UK out of the EU by October 31, "no ifs or buts," stood in tatters after rebellious lawmakers on Wednesday night blocked his plan to leave the EU next month without a withdrawal deal and rejected his call to trigger a snap general election. He also now leads a government with no parliamentary majority.

But some in the EU have said the deal on the table is as good of a compromise as will be reached.

"The deal we are having now, which was made last year, it is difficult to think of an alternative to it. And it is a good compromise, and a compromise towards the British position more than to the European position," German lawmaker Metin Hakverdi told DW.

The EU is also freeing up €780 million ($860 million) in emergency funds to cope with the impact of a possible no-deal Brexit on member states, officials said on Wednesday.

Most of the money — nearly €600 million — is to come from a disaster fund called the Emergency Solidarity Fund, which is usually used to respond to natural disasters such as floods and earthquakes.

The rest is to come from the European Globalization Adjustment Fund, which helps workers made redundant by globalization.

Officials stressed that beyond the €780-million figure, more cash could be made available to mitigate the effects of an abrupt Brexit from other funds, for instance budgeted cash for fisheries and agriculture.

Among the EU countries expected to be most impacted by an abrupt no-deal Brexit are Ireland, Germany, the Netherlands, Belgium, France and Denmark.

Furthermore, the EU said on Wednesday that it currently sees no alternative to the so-called Irish backstop in a Brexit withdrawal deal.

British and EU customs and border experts met on Wednesday for technical talks to explore possible alternatives to the backstop clause, which Johnson insists must be scrapped if the UK is to sign up for a divorce deal.

But Brussels says that so far there are no other options which fulfill the EU requirements of protecting the Northern Ireland peace agreement and safeguarding the European single market.

"The backstop... is the only solution identified that safeguards the Good Friday Agreement, ensures compliance with international law obligations and preserves the integrity of the internal market," the European Commission said in its latest Brexit planning document.

Hakverdi said he had not seen any new plans to solve the Irish backstop problem: "And there aren't any. There is no invisible border that would fit with the criteria of the single market. It is impossible. We have been talking about this for years now. There is nothing new, just the Prime Minister is new."

At the height of Brexit drama, the UK prime minister made an important decision: to adopt a puppy from an animal shelter. There may be more to his move than meets the eye. (04.09.2019)