At the height of Brexit drama, the UK prime minister made an important decision: to adopt a puppy from an animal shelter. There may be more to his move than meets the eye.

Despite having had a career rife with controversy, this week may well be a low point for UK prime minister Boris Johnson. He's suffered a major defeat in no-deal Brexit vote and is facing heavy criticism both at home and abroad.

Yet amidst the chaos, he's chosen to get a very Instagrammable new housemate: a 15-week-old Jack Russell terrier mix named Dilyn. Johnson and his girlfriend Carrie Symonds adopted him from an animal shelter and brought him to 10 Downing Street on Monday.

The pup was abandoned by unlicensed breeders in Wales due to his crooked jaw, which made him unattractive to those looking for show dogs, British media reported. "The Prime Minister has always been a passionate supporter of animal welfare and believes in giving animals the best start in life," said a spokesperson from Downing Street.

But it's probably no coincidence that the battered politician chose this particular moment to bring a media pandering pup into his life, media researcher Joachim Trebbe of Berlin's Freie Universität told German news agency dpa. The subliminal message, he says, is that despite all the Brexit difficulties, anyone who takes care of a dog with a crooked jaw cannot be a bad person: "It's about highlighting his human, compassionate side. He could have also visited a hospital for that," said Trebbe. 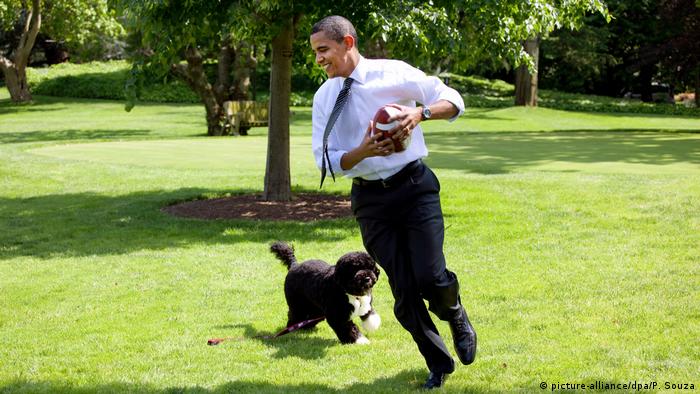 There is nothing unusual about having a pet. In the European Union, an estimated 18% of households are dog owners, according to the European Pet Food Federation. Some European leaders are certainly part of this statistic.

Yet, could there be more behind the fact that politicians often publicize their love for their animals like the rest of us? Professor Trebbe believes so: "We know from the development of the social media that there is a tendency to divulge private information in order to translate social competence into political competence. It's as if to say 'look, I'm a normal person just like you, I have a dog and even rescued him from an animal shelter.'" When the camera catches world leaders cooing over their pets, they show a tenderness not typically seen in photos of them doing their day jobs.

There is a long history of world leaders putting their pets on display. Throughout the centuries, kings and emperors had their dogs portrayed in artworks. The four-legged darling of the Dutch national hero Prince Wilhelm von Oranien (1533-1584) was even buried in a marble grave at the feet of his master's tomb. 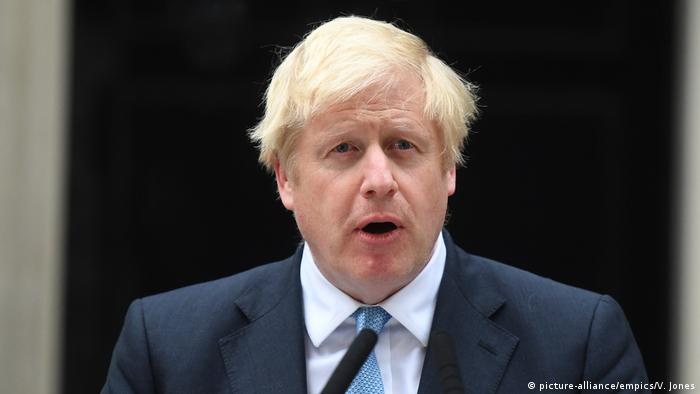 Time for a dead cat, mate?

For many, Johnson's adoption decision is simply a diversion tactic. In fact, the Prime Minister himself described the strategy in a 2013 column for British paper the Telegraph, as told to him by an Australian friend.

"Let us suppose you are losing an argument. The facts are overwhelmingly against you ... Your best bet in these circumstances is to perform a maneuver that a great campaigner describes as 'throwing a dead cat on the table,'" he wrote. "The key point, says my Australian friend, is that everyone will shout, 'Jeez, mate, there's a dead cat on the table!'; in other words, they will be talking about the dead cat, the thing you want them to be talking about, and they will not be talking about the issue that has been causing you so much grief." 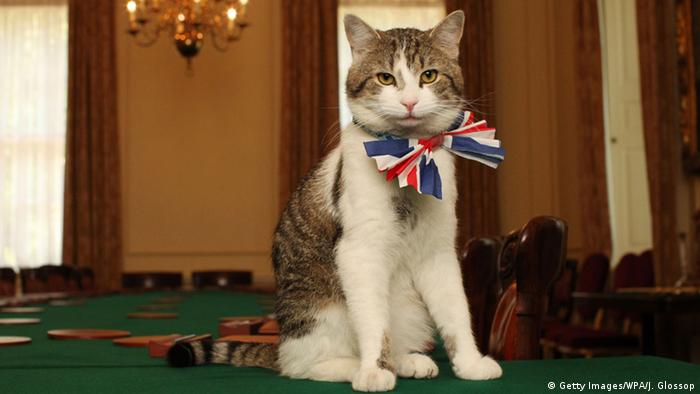 Ironically, a satirical Twitter account written from Larry the Cat's perspective (@Number10cat), has garnered 324,000 followers. They follow the feline's stinging commentary about British politics, which also include thoughts on his new housemate:

In the case of Boris Johnson, media researcher Trebbe is not sure if acquiring the new pup was a good idea: "It could also be dangerous, because Larry the cat who lives in Downing Street is already very popular," he said. "Allegedly, Larry has appeared less frequently since Boris Johnson's inauguration. If that's true, people might start to say 'now he's even scared the nice cat away.'"

The UK prime minister is appearing before lawmakers in the wake of a parliamentary defeat at the hands of Tory rebels and the opposition. MPs are confronting Johnson over his insistence on keeping no-deal on the table. (04.09.2019)

Politicians and their pets

Politicians have been known to make savvy use of pets for political favor, particularly when in a tight spot. But the furry critters are known to convey the more human side of world leaders even in the best of times. (04.09.2019)