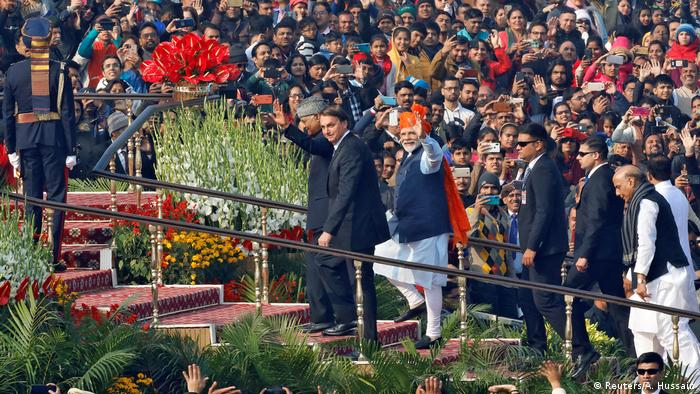 Brazilian President Jair Bolsonaro was the guest of honor at India's annual Republic Day festivities in New Delhi on Sunday, a celebration that marked the anniversary of the establishment of the country's constitution in 1950.

A lavish 90-minute parade was broadcast live to millions of Indians watching around the country. The footage showed thousands of people gathered along a ceremonial boulevard in the capital city to watch folk dancers, school children, police and military units proceed down the route. 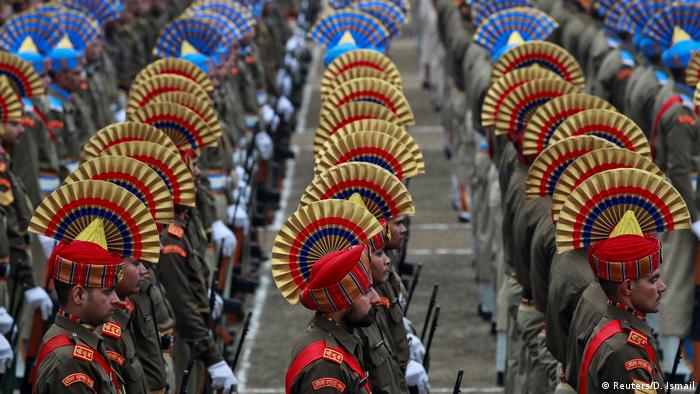 At the center of the festivities was the far-right Brazilian president, who joined Indian President Ram Nath Kovind and Prime Minister Narendra Modi at the presidential palace.

The two Indian leaders presented Bolsonaro with the ceremonial Guard of Honor before the trio took in the parade as it marched along a nearby street.

The visit was intended to strengthen ties between the two countries and create mutual trade and investment opportunities. Bolsonaro and Modi signed a series of agreements on Saturday.

Security at the Sunday celebration was higher than in prior years. India continues to be rocked by mass protests against a new citizenship law that excludes Muslim migrants from neighboring countries from a fast-track to naturalization.

For many, the new law is representative of what they see as a war on secular values in Indian society.

Protests continued overnight and into Sunday in New Delhi. Demonstrators read the preamble of the constitution before large crowds. Other "save the constitution" events were held at various locations around the country. 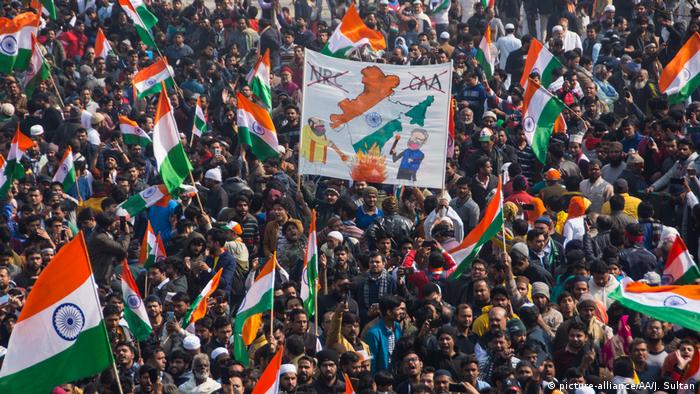 Away from the Republic Day festivities, Indians continued to protest a controversial new citizenship law

Meanwhile, mobile phone services were cut off for several hours in Indian Kashmir. Service had finally been restored just a day before, after the central government cut access to the Muslim majority area in August when it stripped the region of its semi-autonomous status.

The northeastern state of Assam was rocked by four explosions, though no one was injured. The police said they were carried out by separatist militants who have been known to boycott Republic Day celebrations.