Brazil said it will not close its border with Venezuela despite attacks on migrants fleeing into the country. The government of the northern state of Roraima wants the Supreme Court to halt the entry of the immigrants. 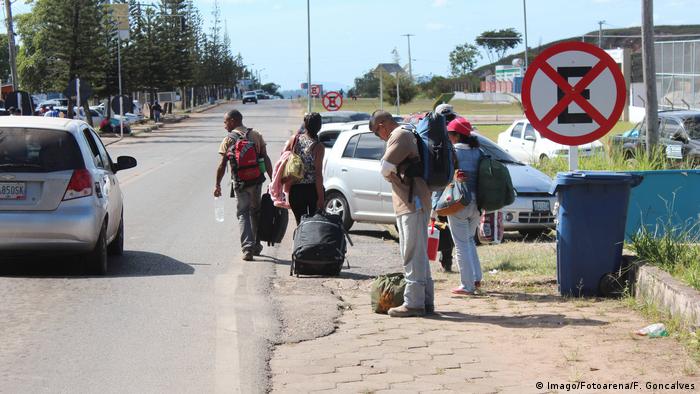 Institutional Security Minister Sergio Etchegoyen said at a news conference on Monday that closing the border would be illegal and would not ease the situation in the border town of Pacaraima, where tensions flared at the weekend.

"The closure of the border is unthinkable because it is illegal," Etchegoyen said.

The government of the Amazonian state of Roraima earlier on Monday had called on the Supreme Court to halt the entry of Venezuelan immigrants.

Thousands of Venezuelans have fled into neighboring countries, mainly Colombia and Brazil, over the past three years, as Caracas continues to battle the wider economic and social impact of falling oil prices and widespread mismanagement of the economy.

"As a result of the grave conflicts over the weekend, the state of Roraima submitted a fast-track request ... seeking the temporary suspension of Venezuelan immigration through the border," the state government said in a statement.

The court rejected a previous request by Roraima.

Some Pacaraima locals on Saturday attacked Venezuelan immigrants after a local storeowner was robbed, stabbed and beaten in an assault blamed on four immigrants. About 1,200 Venezuelans retreated back over the border as the fighting flared, local officials said.

Etchegoyen said the situation in Pacaraima had calmed, but that no arrests had yet been made.

Brazilian President Michel Temer on Sunday announced an increase from 31 to 151 in the number of soldiers keeping order at the border and said he would accelerate the relocation of Venezuelan immigrants to other Brazilian states. Temer has repeatedly refused to close the border.

Venezuelans entering Ecuador and Peru will soon be required to show passports, rather than national identity cards, the governments of both countries announced last week.

In Brazil, indigenous people fear for their livelihoods as a controversial land reform bill would remove protections of their ancestral lands. People who wanted to seek asylum in the US have been stuck in limbo in Mexico. And the pandemic has revived old Italian towns on the verge of dying out.