The number of legal firearms sold in Brazil has grown by 65% during President Jair Bolsonaro's time in office. He has loosened gun laws, saying it will increase security. But experts disagree. 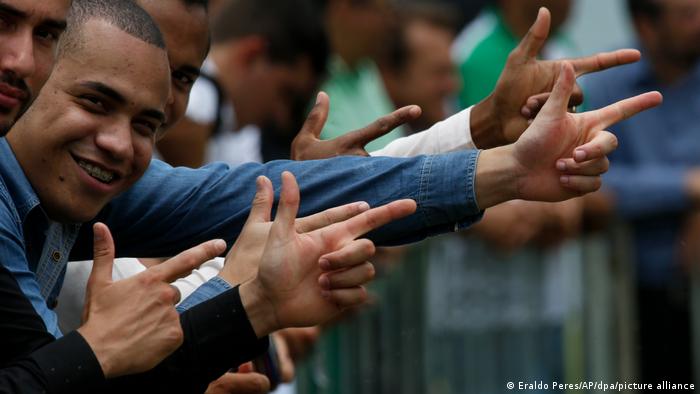 Jair Bolsonaro pledged to relax Brazil's gun laws during his election campaign. The idea was that citizens could fight the rampant crime and violence in the country with their own weapons. Since being elected president, he has issued several decrees to make good on his promise. It is now much easier to buy and carry firearms in Brazil.

Civilians are allowed to keep up to four guns at home or in the workplace. They have access to high-caliber guns that used to be restricted to the military or the police. They can now purchase much more ammunition, too. And the import tax on firearms was recently abolished.

Real number of weapons much higher 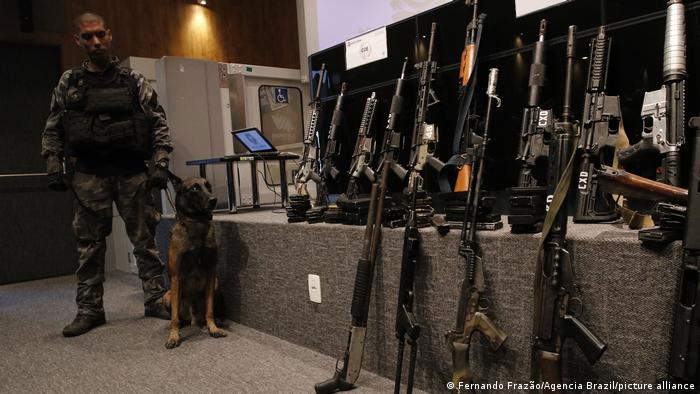 Two years into Bolsonaro's term, the relaxation of Brazil's gun laws has led to a 65% increase in firearms ownership. While there were about 700,000 firearms in legal private ownership in 2018, hunters, collectors and citizens who want to defend themselves now own 1.2 million weapons. This data was obtained from the federal police and the military as part of research conducted by the Brazilian daily newspaper O Globo.

In the US, there are reportedly more firearms than inhabitants. In Germany, there are over 5 million registered firearms for a population of 83 million.

In Brazil, however, the number of registered firearms is probably just a fraction of the actual number of firearms circulating in the country, according to economist Thomas Victor Conti, who teaches at Sao Paulo's renowned Insper Institute. "Some studies estimate that the real number could be 10 to 15 times higher," he told DW, adding that the firearms in question were either illegal weapons used by organized criminals or weapons that had simply not been registered by private individuals.

It is precisely the volume of illegal weapons that many Brazilians blame for the rampant violence and exorbitant murder rate in the country — tens of thousands die a violent death each year. Many feel that providing "good citizens" with more weapons, as Bolsonaro wants to do, is unlikely to help solve these problems.

Conti is also of this opinion. "Most experts have concluded that more weapons means more violence. There is no difference between illegal and legal weapons; they are part of the same market. If there are more legal weapons in circulation, it also indirectly increases the number of weapons available for the black market." 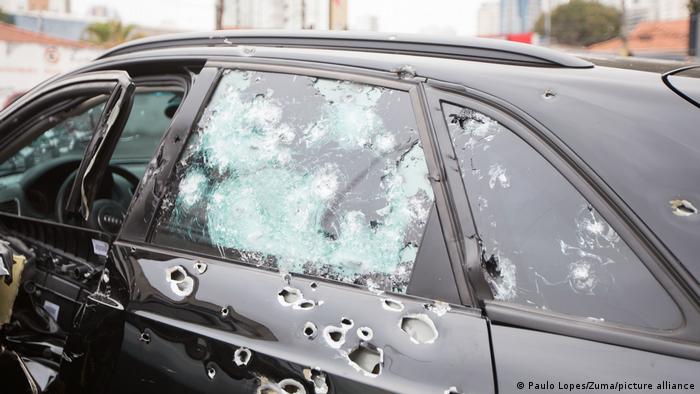 Gun violence is frequent in Brazil

By relaxing the gun laws, Bolsonaro is also acting contrary to indications from Brazil's recent past. The murder rate decreased slightly for several years after

the acquisition and possession of firearms were more strictly regulated when the "Estatuto de Desarmamento" (Statute of Disarmament) came into effect at the end of 2003 and financial incentives were introduced for the voluntary surrender of weapons.

Until 2003, Brazilians over 21 years of age had been able to buy firearms and carry them without too much red tape. In his PhD thesis about the causes and consequences of crime in Brazil, the economist Daniel Ricardo de Castro Cerqueira argued that the effect of the disarmament law was particularly noticeable in the state of Sao Paulo because the new restrictions were implemented effectively and combined with other measures.

Conti, in his turn, pointed to other contributing factors that should not be ignored: "These problems are complex and cannot be resolved with gun laws alone. Unemployment, poverty and the lack of access to education also play a role, as well as limited investment in public safety and in investigating violent crime."

Instead of addressing these factors, however, Bolsonaro has promoted self-defense. He encourages citizens to offer armed resistance if someone breaks into their house, for example. Yet, according to the polling institute Datafolha, two-thirds of Brazilians are against civilians owning firearms. 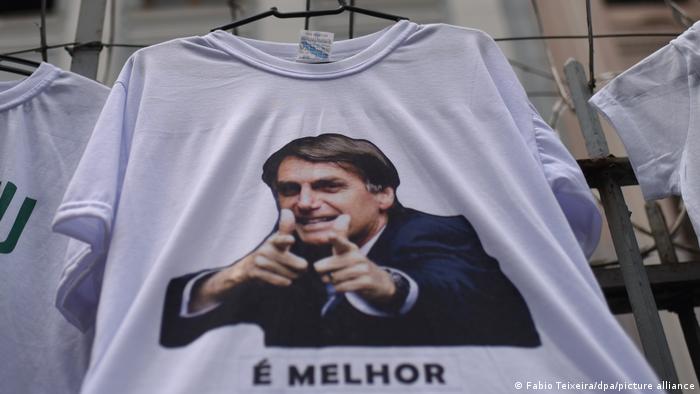 For Conti, it makes little sense to arm ordinary citizens, considering that their attempts to defend themselves are likely to backfire. "A criminal always has the advantage of the element of surprise," he explained. "And, what's more, he's likely to be more heavily armed and to start shooting earlier if he thinks that his potential victim is also armed."

In addition, he and others warn that incidents of domestic violence, family disputes or other conflicts are more likely to end in fatalities if there is an increase of firearms possession among civilians.

Bolsonaro has put forward a number of bills to further relax gun laws. Congress will decide whether to pass them into law. Conti hopes that lawmakers will take scientific evidence and Brazil's previous experiences with tighter gun laws into consideration. "Of course, it is possible to have a democratic debate as to whether a private individual should have the right to own a gun for self-defense," he said.

"However, it is mendacious to peddle easier access to firearms as an issue of public safety considering thelevel of violence in Brazil."