Northern Germany's largest Carnival parade in the city of Braunschweig has been called off following a terror alert. Authorities have reported a threat of of an attack with an "Islamist background." 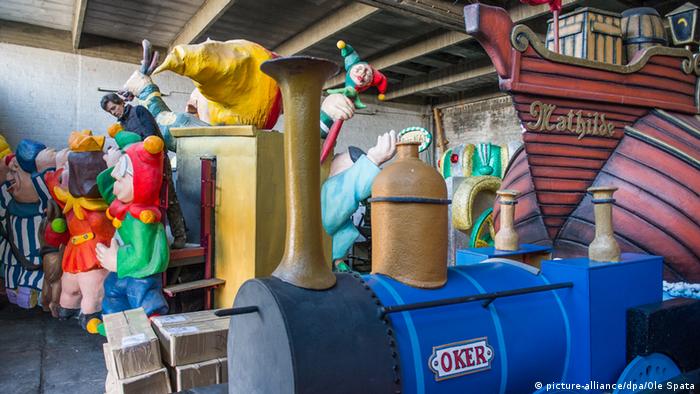 Braunschweig Mayor Ulrich Markurth (SPD) and parade marshal Gerhard Baller canceled the parade at short notice shortly before 11.a.m. (1000UTC) on Sunday. The spectacle had been due to begin at 12.20 p.m. local time.

Local Braunschweig police said the Karneval parade had been called off after reliable state sources became aware of a "concrete threat" of an attack with an "Islamist background."

Police asked all visitors to not visit the planned parade route.

The "Schoduvel" parade is the largest of its kind in northern Germany which takes place on the weekend before Lent. Many cities also include satirical floats within their parades.

Earlier on Sunday, surveillance was also stepped up at Danish border entries to Germany after two people were killed and five wounded in two separate gun attacks in Denmark's capital.

Copenhagen police confirmed later on Sunday morning that they believed the man shot dead by police was responsible for both fatal shootings - the first on Saturday evening at a cafe where controversial Swedish cartoonist Lars Vilks had organized a discussion about free speech, and the second in the early hours of Sunday morning outside Copenhagen's main synagogue.