BP moves on after Gulf of Mexico oil disaster | Business | Economy and finance news from a German perspective | DW | 18.01.2011

With its reputation in the US in tatters, energy giant BP is trying to move on from the Gulf of Mexico disaster by expanding operations in Russia. The company's tie-up with Rosneft aims to exploit reserves in the Arctic. 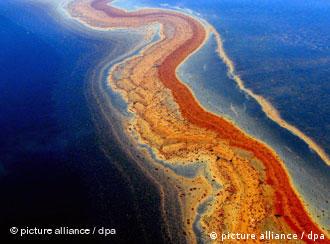 The Gulf of Mexico oil spill has not crippled BP

It was a public relations catastrophe of epic proportions. The Deepwater Horizon oil platform, which had been drilling for BP in an oil field 60 kilometers (37 miles) south of Louisiana, exploded on April 20 and sunk, causing a massive oil spill, which turned out to be the worst in US history.

News cameras showed oil soaked pelicans and fishermen wondering aloud if their careers were over, while BP's chief executive at the time, Tony Hayward, attended a yacht race in England, called the spill "tiny," and complained that he wanted his life back.

Hayward eventually did get his life back, although it was not as the head of BP. He stepped down on October 1. 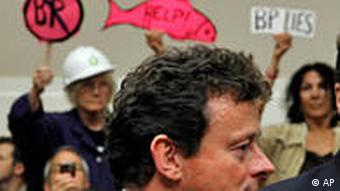 Much of the world was outraged at Hayward and BP in general for what seemed like arrogance and insufficient safety standards. Some observers questioned if the company had much of a future, if it would still be able to secure large deals or if it might be taken over by another company.

BP answered that definitively last week when it announced a multi-billion-euro share swap with Russia's biggest oil producer, Rosneft. BP will swap a 5 percent stake in itself for a 9.5 percent stake in Rosneft.

The two companies will work together to explore three zones owned by Rosneft in the South Kara Sea - an area covering 125,000 square kilometers. The fields are comparable in size and potential to the UK North Sea, according to BP.

Analysts say the move shows that the London-based oil major is willing to take on new commercial risks and cut innovative deals, despite the battering it got in the court of global public opinion in 2010.

"This is a coup for BP, which was very much on the ropes until recently," Guy Chazan, who covers the oil and gas sector for the Wall Street Journal, told Deutsche Welle. "I think everyone has been surprised and pleased that it is still capable of clinching high-profile deals despite the Gulf spill." 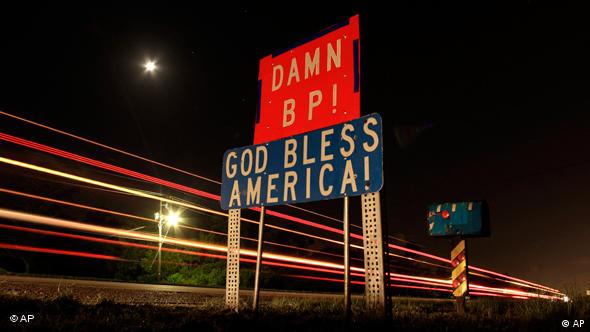 Forced into the Arctic?

Some have wondered if BP was almost forced to venture into the Siberian hinterlands because of the Gulf of Mexico disaster. Although the United States is home to a quarter of BP's global production, the spill off the Gulf coast and the resulting public backlash will make it difficult for the company to achieve further growth there. The company's stocks are still trading at 23 percent below their pre-accident level.

When questioned whether BP would have entered the Rosneft deal without the Deepwater Horizon accident, current CEO Bob Dudley said: "We might have."

But the Wall Street Journal's Chazan says major oil players, such as BP, Shell and Chevron, don't have much access to the globe's remaining oil reserves. The only way they can tap those resources is to enter into strategic partnerships with firms that own the rights to the resources, namely, national oil companies such as Rosneft and Gazprom in Russia, or the big Middle Eastern players. 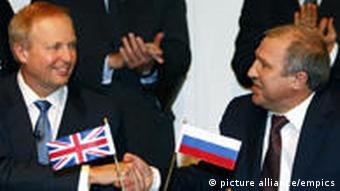 "There are some, such as Rosneft, who are willing to have partnerships with Western players and that's what BP has managed to do," he said. "BP has also gone a step further by allowing Rosneft to own a part of it, 5 percent, which is ground breaking. So in that respect, it's really a historic deal."

It is not the first time BP has done business in Russia. It made its first big investment in Russia in 1997 when it bought 10 percent of Sidanko, the Siberian Far-Eastern Oil Company. Then, in 2003, it formed a joint venture with a group of Russian oligarchs known as the AAR Consortium. The result was TNK-BP, which today is Russia's third-largest oil company.

But the marriage has been rocky, with various struggles over management and company strategy. Things got so heated at one point that Bob Dudley, who was once head of TNK-BP, was refused a visa and had to leave the country.

Fewer than three years later, Dudley is back with no hard feelings, he says. TNK-BP still generates a lot of cash and he is hailed by Russian Prime Minister Vladimir Putin as a great businessman.

"It hasn't been an easy ride, but on the business side it's done remarkably well," Julian Lee, a senior energy analyst with the Centre for Global Energy Studies, told Deutsche Welle. He said BP and the other majors see the untapped potential in Russia's frozen north, BP has just gotten there first. 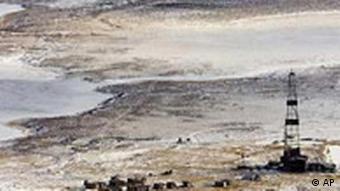 "So I don't see this as a move of desperation," he said. "I think it's a deal other companies would have liked to have done if they'd been able to."

But the deal has sparked criticism in Washington, which fears it could have national security implications. It could worsen the already fraught relationship between the company and the US.

The tie-up makes Rosneft, which is controlled by the Kremlin, BP's largest single shareholder. That makes some American lawmakers uneasy, since BP was the biggest supplier to petroleum to the US military in 2009.

"BP once stood for British Petroleum," said Rep. Edward Markey, a high-ranking Democrat on the House Natural Resources Committee. "With this deal, it now stands for Bolshoi Petroleum."

Still, analysts say there is not much the US can do to derail the deal, if it even wanted to. Besides, as oil resources become scarcer and more difficult to access, they might have to get used to dealing with nations like Russia. BP's Dudley called such tie-ups the trend of the future, and analysts say he's probably right.

It's ironic that BP's first major strategic move after the environmental crisis in the Gulf is leading it into a pristine area of the Arctic.

Predictably, the plan has been slammed by environmental groups, including Greenpeace.

But at the press conference announcing the deal on Friday, Russian representatives said that since BP was just emerging from having to deal with a major spill, it was better placed to drill in deep waters as it will take all the precautions possible to avoid repeating its recent Gulf experience. 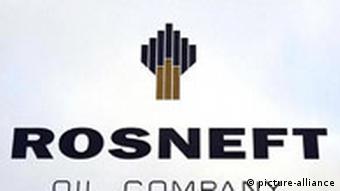 Rosneft is controlled by the Russian government

During the press briefing, Igor Sechin, Russia's deputy prime minister, was asked about BP's suitability for drilling in such an environmentally sensitive region, according to reporter Chazan.

He said Sechin responded with a Russian proverb - one beaten man is worth more than two unbeaten men.

"So BP, having just been beaten, is actually worth more than the competition in Russia's eyes," said Chazan.

BP has announced that its embattled chief executive Tony Hayward is leaving. Hayward, savaged for his handling of the Gulf of Mexico oil leak, is resigning as the British-based company strives to rebuild its US image. (27.07.2010)

What next for mighty BP?

While BP head Tony Hayward is in the United Arab Emirates meeting with unspecified business partners, there is talk back home of the British government extending the flailing company a hand. (08.07.2010)