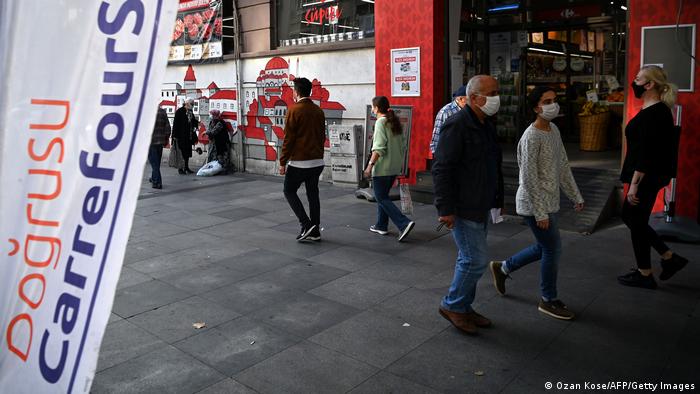 The Turkish leader has repeatedly rebuked the French president, saying he needed a mental health check after Macron vigorously defended the right of the French people to draw cartoons of Prophet Muhammad, which many Muslims consider offensive.

The boycott call is likely to test relations between the two countries, which count each other as major trade partners with a total trade volume of about €14 billion ($16.6 billion) per year. France has said it's not planning to hit back with a reciprocal boycott against Turkish products.

Erdogan has made similar boycott calls in the past, including one against US electronics goods. Many analysts have pointed out the futility of such moves, stressing their negative impact on local employment. Many of the products being shunned may be owned by foreign brands, but are made locally.

Planes, helicopters and automobile spare parts are among the main imports from France to Turkey, while Turkey mainly sells cars and other vehicles to France.

French autos are among the highest selling cars in Turkey, which is the eighth-biggest market for Renault.

The French carmaker has one of its largest production centers in Bursa, Turkey with an annual production capacity of nearly 400,000 cars and more than 900,000 engines. The plant employs more than 6,000 people.

Renault sold nearly 50,000 vehicles in the first six months of this year. PSA, which owns the Citroen and Peugeot brands, recently described Turkey as a bright spot in a market battered by the pandemic.

The Turkish leader's boycott call followed social media campaigns in other Muslim countries calling on consumers and stores to reject French goods and brands. Several supermarkets in Qatar and Kuwait are already reported to have pulled French goods like yogurts and bottles of sparkling water from their shelves.

French supermarket chain Carrefour has been one of the main targets of boycott calls in Saudi Arabia and the United Arab Emirates, prompting the owner of Carrefour stores in the Middle East to issue a statement stressing the brand is a wholly-owned and operated unit of Majid Al Futtaim, a UAE-based firm. A Carrefour representative in Paris told Reuters news agency that the firm had felt no impact so far from the boycott calls.

Several French companies, including energy giant Total and defense electronics group Thales, do major business with some of the Muslim-majority countries where the backlash against President Macron's support for the cartoons has been the most vehement.

French cosmetic and fashion labels and luxury brands like LVMH-owned Louis Vuitton and Chanel have stores across the Middle East, but the region is not a big moneymaker for them. 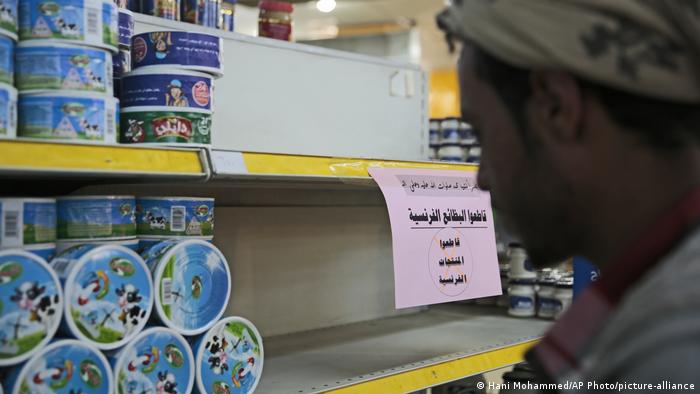 The Turkish currency plunged past 8 lira per dollar for the first time on Monday amid concerns over Turkey's economic woes emanating from the pandemic and geopolitical tensions between Ankara and the West. The lira has been among the worst-performing currencies this year, having fallen about 25% against the dollar.

The latest drop was mainly driven by the Turkish central bank's surprise decision to keep key interest rates on hold. Analysts had expected a rate hike to arrest the weekslong fall in the lira. The Turkish currency, however, fell further after Erdogan called for a boycott of French goods.

A weak lira could make it easier for many Turks to shun some of the French goods, especially luxury items, given a surge in their prices.

'We are in a difficult situation'

When Turkey boycotted the iPhone

It's not the first time that the Turkish leader has used economic levers to settle political scores. In 2018, he called for a boycott of US electronics products, with a special mention reserved for Apple's iPhone, amid heightened tensions between Washington and Ankara. The boycott call followed a sharp drop in the Turkish lira that Erdogan blamed on foreigners.

"Every product that we buy in foreign currency from outside, we will produce them here and sell abroad," Erdogan said. "We will boycott the electronics products of the US."

It's not clear how much impact the clarion call had on iPhone sales in the country. Sales drop in the following months were mainly blamed on a weak lira which had caused iPhone prices to go up. Apple continues to be one of the popular smartphone makers in Turkey. Erdogan himself was known to be an avid Apple user; it's not clear if that still remains the case.

Greece is launching military exercises jointly with France, Italy and Cyprus in the eastern Mediterranean on Wednesday, the Greek Defense Ministry has said. Turkey's president warned Greece of taking the "path to ruin."