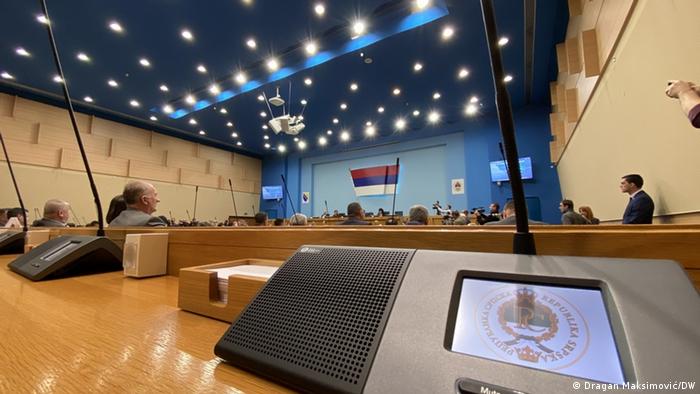 Republika Srpska is the Bosnian Serb entity of Bosnia and Herzegovina

Bosnian Serb political representatives on Monday announced that they would boycott decision-making institutions in the divided country.

The move came after the UN peace envoy, tasked with overseeing the implementation of Bosnia's 1995 peace accord, outlawed denial of the Srebrenica massacre, overruling Parliament.

What did Bosnian Serb politicians say?

Branislav Borenovic, one of the opposition leaders the Bosnian Serb entity Republika Srpska in the north and east of the country, announced the planned boycott on Monday.

"As of tomorrow, Serb political representatives will no longer participate in the work of the common institutions of Bosnia and Herzegovina and will not make any decisions until this issue is resolved," Borenovic told a news conference.

Following a meeting of Bosnian Serb politicians, Borenovic announced that Serb representatives would boycott the Bosnian joint presidency, the parliament and the government — effectively blocking the central institutions that rely on the approval of representatives.

"We will not live in a country where someone can impose a law by simply publishing it on his website," Dodik said. 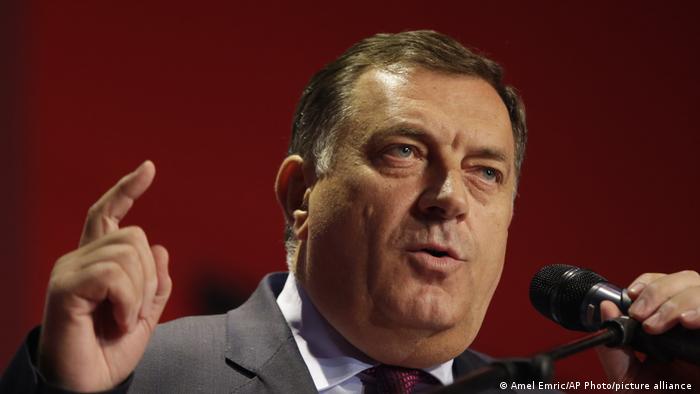 How did the UN peace envoy infuriate Bosnian Serbs?

The UN High Representative in Bosnia holds several executive powers. Although the envoy can pass laws or unseat elected officials, he has rarely used his powers in the past.

Last week, Inzko imposed amendments to Bosnia's criminal code to prohibit the denial of genocide and war crimes in the country.

Bosnian Serb leaders on Monday said they considered the decision to push through a law that had not cleared the country's political institutions "unacceptable and void."

"Apart from the fact that such behavior constitutes a mockery of the rule of law, I am deeply convinced that it is also sowing the seeds for potential new conflicts. Therefore, I believe that it is now necessary to regulate this matter with legal solutions," Inzko said on Friday.

The Bosnian Serb killings that took place in Srebrenica are Europe's only acknowledged genocide since the Second World War. Bosnian Serbs and neighboring Serbia do not accept the description.

Bosnian Serbs have honored their wartime leader, Radovan Karadzic, and military commander Ratko Mladic as heroes —  both convicted of genocide and sentenced to life imprisonment by a Hague-based tribunal.