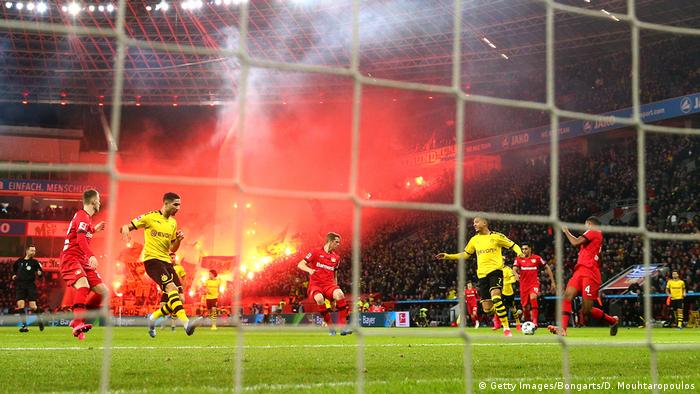 Michael Zorc, Borussia Dortmund's sporting director, looked pained as he faced reporters following the 4-3 loss. He rubbed his eyes with his fingers. He looked like a man who was about to say quite a few things he has said before.

"We are conceding too many goals," Zorc said. "We were too passive... Close defending in front of goal is missing. That's why we're not near the top of the table."

A team that can both dazzle and disappoint cannot be the number one team in the country. Against Leverkusen, Dortmund showed their best. From Jadon Sancho's overall performance to Emre Can's sensational curling effort from 30 yards, there was so much to go around that Lucien Favre's side looked set to sweep their way to another dramatic victory.

But they also showed their worst, conceding two quickfire goals inside the final 10 minutes to lose a winnable game. "Tonight was a game which summed up Borussia Dortmund," new-signing Emre Can said afterwards. Despite only being there a week, Can is already aware of the club's playing identity. 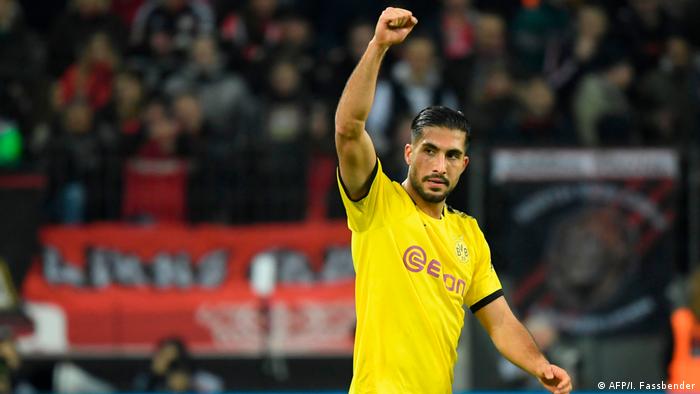 Emre Can gave a solid display on debut, and also recognised BVB's problem

The combination of dazzling attack and disappointing defense in one can no longer be passed off as inconsistency or a lack of concentration. Dortmund are just not capable of the kind of sustained focus needed to win more than a handful of games at a time. Losing 4-3 to Leverkusen after leading 3-2 with 10 minutes to go is just who Borussia Dortmund are now.

Seven goals, individual brilliance and two gung-ho sides made this a contender and likely winner for Bundesliga game of the season. There was more scintillating stuff from Sancho, Kevin Volland had perhaps the game of his career, and Peter Bosz was smiling so much afterwards he looked like a different man. Perhaps the Dutchman felt he got some revenge by beating the club he once coached using his all-or-nothing approach.

And that was the strange thing about this game, there was plenty of nothing. For all the flicks and finesse on show, for all the marvellous goals, there were plenty of disjointed passages that showed two sides playing on the absolute edge. Remarkably in a seven-goal game, there were three further goals ruled out for offside or because of the VAR. Kai Havertz was denied one after his effort hit the post. Afterwards, Volland admitted that it felt like everyone had a chance or two during the game.

It seems Leverkusen have made peace with the fact that this is how they play. The trio of Havertz, Moussa Diaby and Volland takes Bosz's high-tempo football into another gear. It either works out in sensational fashion, as was the case today, or, as in many cases this season, it really doesn't. "We've also had crazy games that we've lost," Volland said afterwards.

Dortmund though, looked furious after this game. Whether it was Zorc looking tired of repeating the same lines, or Favre calling for his side not to be seduced into a game of constant press, this all feels very familiar for the club. Pertinently, Mats Hummels said afterwards:  "We have to be active when leading."

The hard truth is that ever since Jürgen Klopp left, the club has been wayward. It turns out that the chest-pumping, high-octane winning is hard to get over and hard to rediscover. Since then, the club have tried a football professor, the gung-ho Bosz and a overly-defensive coach. They have searched for balance but have ended up with the kind of extremes that aren't delivering all of the returns Dortmund want.