Boris Johnson′s 5 most urgent tasks as UK prime minister | Europe | News and current affairs from around the continent | DW | 24.07.2019

Incoming Prime Minister Boris Johnson will have scant time to settle in to his new job. The UK's challenges and tasks are many and formidable, to say the least. So what is on his to-do list? 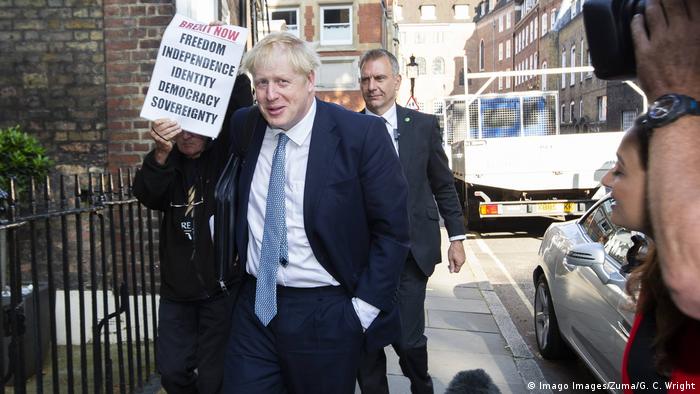 An obvious one. However, Boris Johnson's tenure as prime minister could be cut short very quickly. The opposition Labour party could call a no-confidence vote in the 650-seat Parliament as early as his second day in office. However, it's more likely that Labour leader Jeremy Corbyn will wait until after the summer recess before he makes his move. The Conservatives don't have the outright majority needed for Johnson to survive such a vote and are reliant on the support of the 10 Democratic Unionist Party MPs who have thus far propped up Theresa May's government.

In an attempt to strengthen his precarious position, Johnson has filled his cabinet with hard-line brexiteers and right-wing campaigners. However, he's likely to encounter stiff resistance to a no-deal Brexit from several former cabinet members.

Following the suspension of the Tory MP for Dover, Charlie Elphicke, who has been charged with sexual assault, the Conservatives' majority has been reduced to two. That figure could drop further if they lose a local by-election in Brecon and Radnorshire on August 1.

Johnson wants to discard parts of the accord that his predecessor Theresa May failed to get through parliament three times and cobble together a new treaty. There are two problems here: one is time. The summer recess and leadership changes in London and Brussels leave a matter of weeks in September and October for formal talks ahead of the October 31 deadline for the UK to leave. The other fly in the ointment is the European Union. The 27 member states have repeatedly said they will not renegotiate the legally binding part of the deal, the so-called Withdrawal Agreement, which sets out the future relationship between the UK and the EU.

Johnson's alternative is to persuade Parliament to ratify "the best bits" of May's deal — such as EU citizens' rights and extensions of various security and defense cooperation pacts. 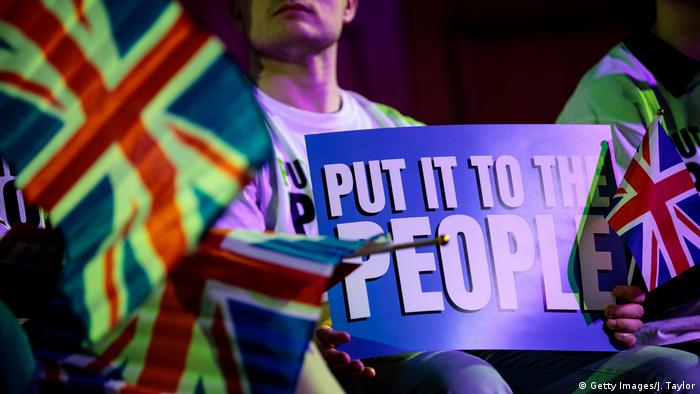 The elephant in the room is, as ever, the so-called backstop — the mechanism designed to prevent a hard border between EU member Ireland and Britain's Northern Ireland in the event of a no-deal Brexit. Johnson wants to ditch that provision, while the EU says it has to stay. Johnson also wants to adopt a policy of "constructive ambiguity" over whether Britain will start paying off its estimated £39 billion ($49 billion, €43 billion) withdrawal bill.

Hanging over these permutations like the Sword of Damocles is Johnson's threat to take the UK out of the EU without a deal. Johnson says that Britain is fully prepared for that outcome despite warnings that a chaotic split would hurt Britain's economy disproportionately more — forecasters say it could end up in a year-long recession — than the larger and more heterogeneous EU economy.

Against the backdrop of Johnson's track record as foreign secretary, his approach to dealing with crises and challenges abroad will be closely watched.

The United States and European countries are at odds over how to deal with Iran's nuclear program. Britain is currently part of the so-called E3 with Germany and France who remain signatories to the deal the US pulled out of. Of more immediate concern is the current stand-off with Iran over its seizure of a British-flagged tanker in the Gulf in retaliation for the British capture of an Iranian tanker off the coast of Gibraltar.

European allies will watch carefully to see whether Johnson aligns himself more closely with the US and moves away from the EU over Iran.

The UK's policy regarding China looks equally tricky. The Chinese government has warned Britain that excluding Chinese telecoms giant Huawei from the UK's 5G network could backfire in terms of future trade and investment ties Britain is hoping to establish outside of the EU.

Given both men's propensity to shoot from the hip, theirs could be an interesting alliance. Although the "special relationship" between the US and the UK has lost some of its shine, the US remains Britain's closest military ally. Perhaps more importantly in the short and medium term is whether the UK can secure a free trade deal with the US to compensate for losing its biggest trading partner, the EU.

However, the tone for future trans-Atlantic ties may have been set by the spat over the leaked memos from the British ambassador to the US that reportedly described Donald Trump and his administration as "inept." Trump reacted furiously, leaving former Prime Minister May scrambling to contain the situation. While Ambassador Kim Darroch's subsequent resignation may have papered over the cracks, it has also left a bitter aftertaste.

Once, or indeed if, the initial dust settles — and should he be around long enough — Johnson faces the huge task of getting a deeply divided and damaged country back on track both at home and on the international stage. Much will depend on how severe the economic impact of Brexit is, regardless of which permutation it takes. In a way, tackling the economic and political fallout may be easier than finding a remedy for the country's damaged psyche.

Boris Johnson is on track to become British Prime Minister after winning the Conservative Party leadership vote. He will immediately have to deal with a burgeoning crisis with Iran and long-stalled Brexit negotiations. (23.07.2019)