The UK owes tens of billions of euros when it leaves the EU but Boris Johnson — the current front-runner to succeed Theresa May as prime minister — wants to withhold payment. He's looking for "greater clarity" on Brexit. 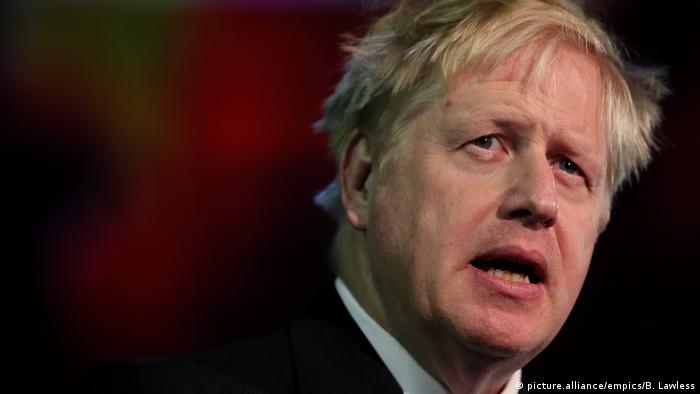 Boris Johnson, the current favorite to become the next British prime minister, has said he would withhold divorce payments to the European Union unless the bloc offered a better Brexit deal.

Johnson also implied he would scrap the accepted border arrangement with Ireland.

The former foreign secretary's comments came in an interview with The Sunday Times, his first newspaper interview since announcing his bid for premiership.

"Our friends and partners need to understand that the money is going to be retained until such time as we have greater clarity about the way forward," he said.

"In getting a good deal, money is a great solvent and a great lubricant," Johnson added.

Race to replace May

Johnson is the front-running candidate to replace outgoing Prime Minister Theresa May, who officially resigned as Conservative party leader on Friday. She will retain the premiership until a successor can be found, a process that is expected to be completed by late July. Currently, 11 members of Parliament are vying to replace her.

Britain owes the EU about €44 billion ($50 billion) when it eventually leaves the bloc. Brexit hard-liners and others have repeatedly blocked a hard-fought Brexit deal, and for the time being it remains in the bloc.

Johnson wants to hold this payment hostage in the hopes of wrangling a better deal than May was able to achieve.

US President Donald Trump last week recommended to the UK that it not pay its bill to the EU. He has also backed Johnson as the top choice to replace May.

Several cabinet members also joined a growing number of centrist Tory MPs this weekend in declaring they were ready to throw their support behind him.

Britain's High Court has thrown out a lawsuit accusing Johnson of intentionally lying during the Brexit referendum campaign. This removes a potential hurdle to his Conservative Party leadership bid. (07.06.2019)

At a business conference in Manchester, former British Foreign Secretary Boris Johnson said that he would be standing for the leadership of the Conservative Party. He's the third to confirm a bid to succeed Theresa May. (16.05.2019)