Bombs, shootings are a part of life in Swedish city Malmo | Europe | News and current affairs from around the continent | DW | 23.11.2019

An attack that left a 15-year-old dead has spurred police to redouble their efforts to fight gangs in the southern Swedish city. Bombings and shootings regularly shake Malmo, so much so that locals find it normal. 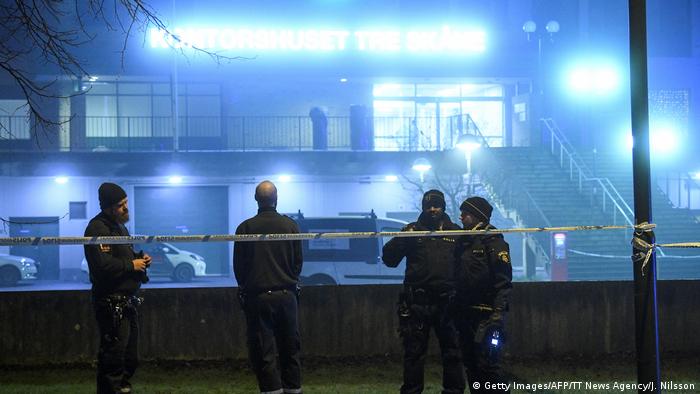 At times it seems like Malmo has more in common with Baghdad than with other European cities. This year 29 bomb explosions rattled the city of 317,000 as of November 11. Police reported 50 shootings in the Malmo region by the end of October — in a country where guns are hard to come by legally.

Formerly an industrial town known for shipbuilding, Malmo has remade itself since the Oresund Bridge, which connects it to the Danish capital, Copenhagen, opened in 2000. Sweden's third-biggest city has become a knowledge hub, with a new university drawing students from Scandinavia and abroad and more and more companies, including gaming industry giants Massive and King, setting up shop on the eastern side of the straight. It's also the country's most diverse city: Around a third of its people are foreign born.

Malmo residents are used to seeing almost daily reports about violent crime. On Tuesday, for example, public broadcaster SVT reported that gang members had forced a grocer to allow them to stash drugs in his city center store. Police have been struggling to contain the violence, which they attribute mainly to gangs that deal drugs.

The latest efforts have been prompted by a November 9 shooting in front of a pizzeria, which killed one 15-year-old boy and put another in hospital. Police declared a national "special event" and set up a task force to quell gang violence.

"It's time, and it's good for the people in Malmo and the people outside Malmo," says Federico Moreno, a reporter who has covered the city for over a decade. "Every time they shoot a kid, it should be something special, in that everyone should react. It's important that the police send a signal, and also that the state is showing that we have to send a signal."

Though many of the victims and perpetrators have been connected to gangs, bystanders have also been hurt or killed, such as 31-year-old doctor Karolin Hakim, who was shot to death in August on a Malmo street as she held her baby in her arms. 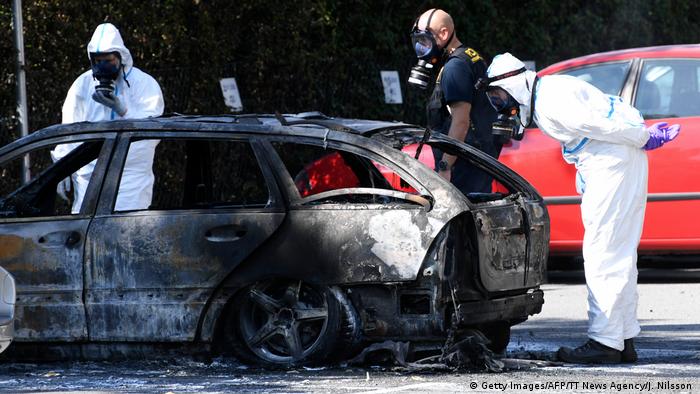 That is something that worries Petra Metz, who teaches Swedish to adult immigrants at a school in Fosie, a neighborhood considered troubled and where numerous shootings have taken place. Metz says it scares her to ride her bike home after work in the dark. But she worries less about her own safety than that of her three children, aged 13 to 18, especially after a gang-related shooting that failed to kill the intended target, but left three young men dead at a gamer cafe in June 2018.

"If it had been one month earlier, maybe it would have been my son who was sitting there," Metz says. Her oldest child had spent time at the cafe weeks before the shooting.

Metz has considered moving away to escape the danger, but she said the sacrifice for her children — leaving friends, school, after-school activities — would be too much.

"I gave up," Metz says. "I thought that soon they will be old enough, and they will leave for another city when they go to study." She says friends with younger children are thinking more seriously about leaving Malmo.

They may be considering Staffanstorp, a 20-minute drive away. The municipality published a video days after the pizzeria shooting encouraging city dwellers to escape the violence and build a new life in a place "like the rest of Sweden should be." The spot has been viewed more than 250,000 times.

"I love Malmo," said Moreno, who has no plans to move away despite the threats he receives for his coverage of gangs. He describes a reporting trip to Mexico, where people were terrorized by drug cartels but still managed to go about their everyday lives.

"I feel that sometimes you can also get used to something," he said. "For example, when I speak to people who tell me they are changing their rooms — as if it were normal: 'I'm changing things so that if a bomb explodes then my children won't get hurt.'" 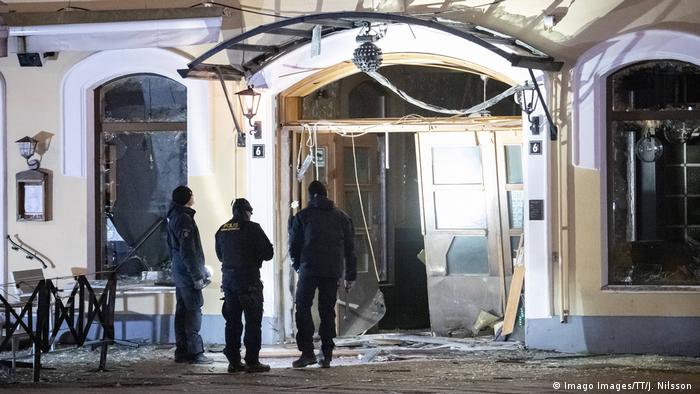 "I think it affects us, all of us," he said, "even if we don't really understand it at that moment."

Violent crime in Malmo has declined since 2017, when a total of 58 bombs exploded and 81 shootings took place in the region. But there's still a long way to go until it loses its reputation for crime.

"Malmo, in a way it is a catastrophe," Moreno said. "But it's also a very beautiful city and lively. It is really different from other Swedish cities and in a positive way."

Swedes seem to be following climate activist Greta Thunberg's example in shunning air travel. The percentage that opted to take a train rather than fly has doubled in a year and a half. Flight shame may be at work. (03.06.2019)

A man was killed and a female passerby injured in Sweden's Malmo, with police describing it as a targeted attack. Gang-related murders have been on a rise in Sweden — a major issue ahead of next month's elections.