As a target of hate for Swedish neo-Nazis, Alexandra Pascalidou knows what it feels like to get death threats. She sat down with one of her former tormentors for a coffee and heard the other side. Here is her account. 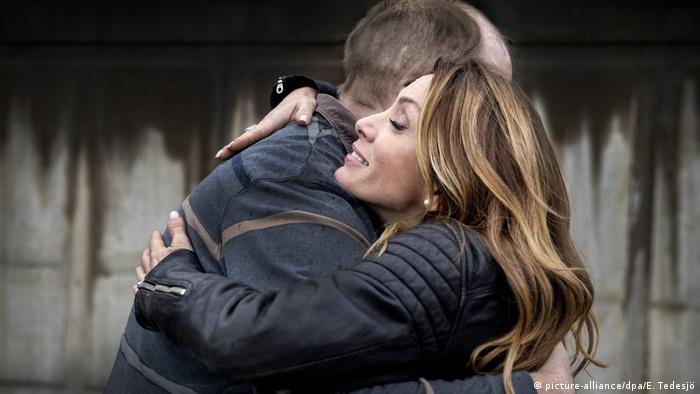 In November, Martin Karlsson sent an email to Swedish broadcaster and writer Alexandra Pascalidou. During his 13 years as a neo-Nazi in the Nordic Resistance Movement, he had hated her and threatened her. Now he wanted to tell her he was sorry.

The reason I am writing to you today is because I want to ask forgiveness. Forgiveness for all the hate I directed at you among others over many years. The fact is, I used to be a member of the Nordic Resistance Movement but took my last step away from that organization at the beginning of 2016.

I did this because I no longer support the views and values being spread by the NMR. Today I am incredibly happy at last to be away from all the hate, but at the same time feel incredibly deep guilt for all that has been said and done over the years in the anti-Semitic world.

I phoned Martin immediately. I think that in these polarized times bridges are needed. That those who have started on a journey back to a more nuanced and empathetic attitude need support and encouragement. They need to understand that they are welcome back.

It turns out that he lives in Varnamo, nearly four hours south of Stockholm by car. I suggest we meet for a coffee. A friend of mine who knows that I have been living with threats for decades without protection warns me: "You're so gullible. It could be a trap. You don't just suddenly start loving everyone you hated overnight."

But I'm not afraid of people. I'm afraid of hatred. And what it does to people. 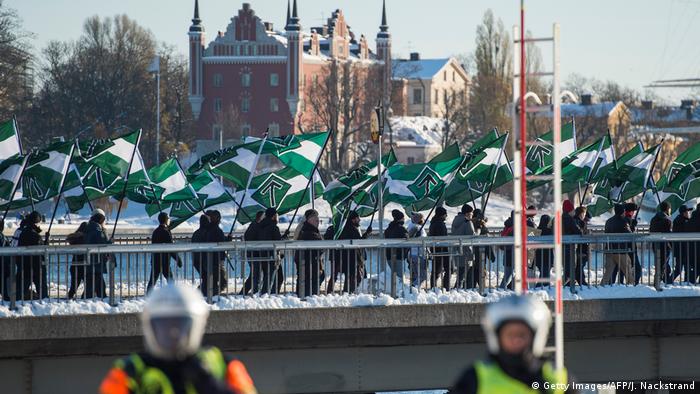 Rendezvous with a former neo-Nazi

A few phone calls later and I'm sitting in a car with photographer Eva Tedesjo on our way to Varnamo. Hours later, in a deserted hotel lobby, I meet one of the people who has sown fear in my life and that of my family.

We start with what we have in common: Now he, too, is threatened by Nazis.

"The last time I was threatened was yesterday; one of the leaders of NMR wrote on Facebook that I should die. Another has said that I should have my throat cut," he said. "I save everything. One day I may go to the police and then I'll have it in black and white. My neighbors keep an eye out. The other day they saw a skinhead outside the house who was taking photos of the cars, probably to check if any of them were registered to me."

How did you start your journey into National Socialism?

I grew up in a family of Jehovah's Witnesses. It was a very closed existence and my father was very controlling. When I told him at the age of 16 that I wanted to leave the Jehovah's Witnesses, he took out a suitcase and ordered me to pack my things and get out. So I ended up in a foster home.

It was a great contrast — from total control to no control at all. I started to hang out with friends who were neo-Nazis. I met them at school.

Read more: 25 years after Rostock-Lichterhagen: 'Don't dwell on the past, learn from it'

What did the teachers do?

There was a lot of racist talk in the hallways. The teachers would look and shake their heads. No adults reacted to me reading odd books, wearing combat boots or having a swastika on my breast pocket. No one — no teacher, social worker, guidance officer — said a word. We drove hot rods and shouted "bloody n****r" and "go home, you bloody garbage" at immigrants. We shouted "Zionist c***s" and "Jewish pigs" at people, and the adults just sighed and walked away.

Did racism already exist in your family?

No, that was so taboo that racist views were a rebellion against my family — even if there was an element of "us against everyone else" in the Jehovah's Witnesses. 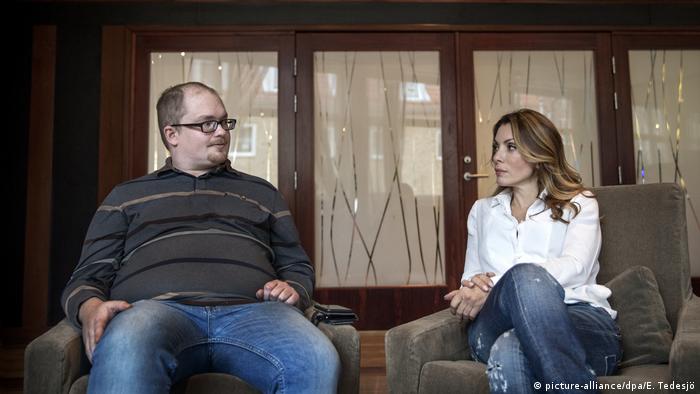 Karlsson was stunned when Pascalidou wanted to meet him

What was the attraction of neo-Nazism?

To start with, I was just a racist. Then the radicalization started, which went on for six, seven years. I hung around at the NSF [National Socialist Front]. They used us youngsters without police records as errand boys. We did the dirty work they didn't want to do: putting up posters; throwing stones through windows; sending threatening letters; filling envelopes with laundry soap and sending them to people.

The new words came with radicalization, such as "Zionism." Then I became more hostile to Jews and other races. Everything was the fault of the Jews. If a storm were to blow in here now, I would have said it was the Jews' fault. Cancer was the creation of Zionists. Drug abuse had been brought by the Jews. Communists and Jews went hand in hand.