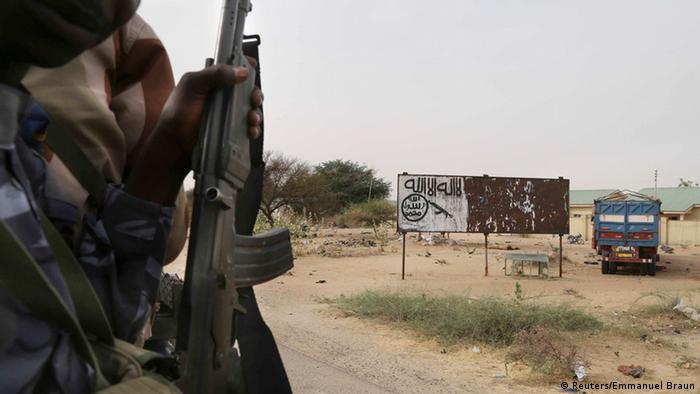 Nearly 100 Chadian troops were killed in an attack by Boko Haram militants, President Idriss Deby Itno said on Tuesday. The seven-hour assault on an island army base was the deadliest yet by the extremist group against the armed forces in Chad.

"We lost 92 of our soldiers, noncommissioned officers and officers," in the attack overnight Sunday in Boma, Deby said. "It's the first time we have lost so many men."

The attack took place on the Boma Peninsula, in Lac province, which borders Niger and Nigeria.

Even the reinforcements sent in to help were targeted, a soldier told AFP.

"The enemy has hit at our defenses hard in this zone," AFP quoted a senior officer as saying.

At least 50 Nigerian soldiers are also reported to have been killed in an ambush by Boko Haram in eastern Borno.

"The Nigerian military suffered some casualties in the unfortunate attack," Defense Ministry spokesman John Enenche said Tuesday while talking to the media in the capital, Abuja.

While Enenche did not reveal the number of casualties,  DPA through local witness accounts reported the figure to be between 50 and 75 soldiers.

Enenche said that the attack took place on Monday near Goneri, where the militants attacked a military vehicle transporting explosives and ammunition. The resulting blaze led to a high number of casualties.

The attacks are the latest in a series of offensives that Boko Haram has launched in Chad, Niger and Cameroon, in addition to northeastern Nigeria.

According to the United Nations, 36,000 people have been killed and close to 2 million have been displaced in northeastern Nigeria since Boko Haram began its insurgency in 2009.