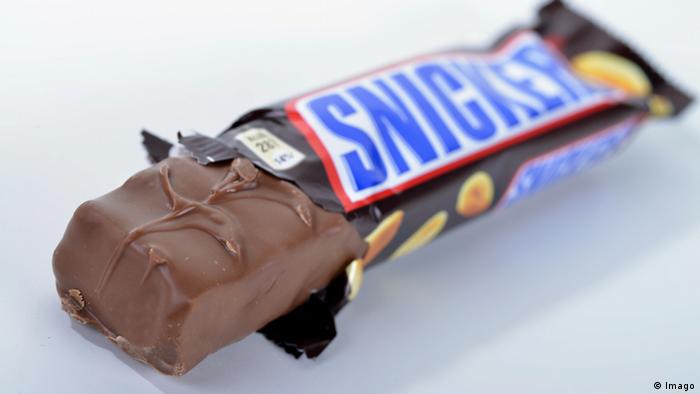 The blue light of smartphones and all of our other favorite devices isn't good for our biorhythm. We all know that.

We have special sensory cells that react to the cool white light and control the body's day-night rhythm. While the natural light actually becomes weaker and more yellowish in the evening hours, the light from the smartphone delays melatonin production, for example. This means it's more difficult to fall asleep and sleep deeply, and we don't feel as rested the next day.

But we have accepted that — and keep staring at our smartphones, tablets and computers. Who needs sleep when you can be online 24/7? In any case, this might apply to the majority of us, right?

But let's get to the point. The blue light might trigger something else: a craving for sugar!

A new study shows that rats exposed to blue light for an hour in the evening consume more sugar. As a result, their blood sugar levels rise and glucose tolerance changes. Researchers led by Anayanci Masís-Vargas and colleagues from the University of Strasbourg and the University of Amsterdam have demonstrated this correlation in male rats.

The study was presented at the annual conference of the Society for the Study of Ingestive Behavior (SSIB) in the Dutch city of Utrecht.

In their study, the team changed the rhythm of the the typical nocturnal laboratory rats in order to better model human light exposure. This means that the animals were awake during the day and slept at night. The researchers exposed the rats to the disturbing white-blue light for an hour at night.

The rats were given the opportunity to choose between a balanced midnight snack — their regular rodent food — or to prefer a mixture of water, lard and sugar water.

Read here: Is the future of health technology already in our hands?

In addition, glucose tolerance was altered in male rats, a warning sign of type-2 diabetes. Doctors speak of this when blood sugar levels are too high.

Earlier research had already shown a strong connection between obesity and artificial light at night. That's because much of the artificial light we are exposed to today comes from LED lights and LED screens that emit a high level of blue light. The retinal cells of the eye are particularly sensitive to this blue light and transmit information directly to the appetising areas of the brain.

This particular study in conjunction with previous work clearly shows that blue light at night is disturbing and that the use of the screen at night can increase our craving for sweet treats — and impair our ability to process this sugar, especially in men.

Although the rats were tested after only one night's exposure to light, this could lead to weight gain and diabetes over time, the researchers said.

"Limiting the amount of time that we spend in front of screens at night is, for now, the best measure to protect ourselves from the harmful effects of blue light", concludes Masís-Vargas.

In case it's necessary to be exposed to devices at night, he would recommend the use of apps and night mode features on the devices, which turn the screens more orange and less blue or the use of blue light filtering googles that are already available on the market.

Going to bed at the same time every night might not only be good for children, but for adults too. A new study sheds light on the benefits of a regular bedtime. (26.09.2018)