Birthrate in Germany highest in 33 years

The birthrate in Germany has risen to 1.5 children per woman, the first time it has risen so high in 33 years. The new statistics confirm a trend in recent years of a rising birthrate. 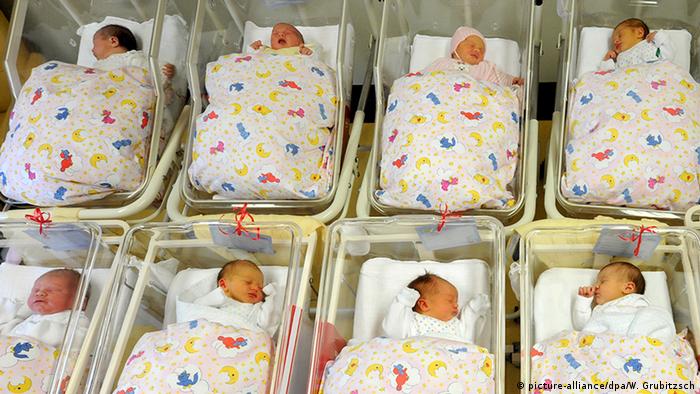 The average woman in Germany has 1.5 children, the highest rate since 1982, the German statistics office said on Monday.

"We observe the continuation of a positive development since 2012," the statistic office said.

The most populous country in the European Union, Germany has more than 81 million people but has one of the lowest birthrates in the world.

Germany's aging population and a birthrate below the replacement rate of 2.1 children per women has prompted concerns over the declining population's impact on the economy and social security. 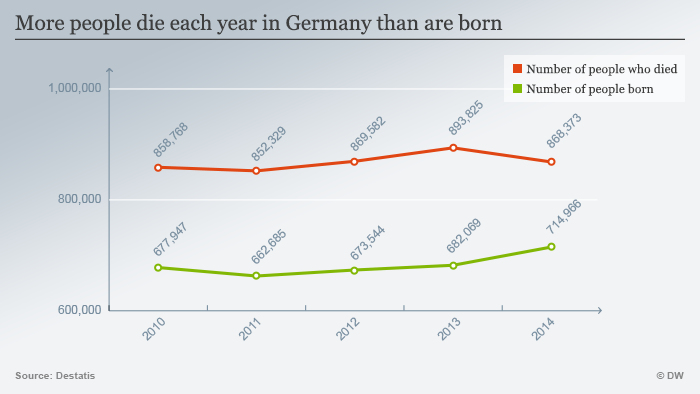 To fill the gap, Germany has relied on importing workers and accepting migrants, including more than 800,000 asylum seekers who arrived in the country in 2015.

However, the birthrate non-German origin women increased from 1.86 to 1.95 children per woman from 2014 to 2015, thereby "contributing significantly to the increase in the combined birthrate of all women," the statistics office said.

The average age of women at first birth was on average 29 years and seven months, a second child by nearly 32 years old and a third child by around 33 years old.

The statistics apply to women between 15 and 49 years old.

A study has shown that Germany needs more immigrants to compensate for the gap left by retiring baby boomers. Non-EU countries could become an important source of qualified labor as the EU population shrinks. (27.03.2015)