Biker gang raid: What do we know about Al-Salam-313? 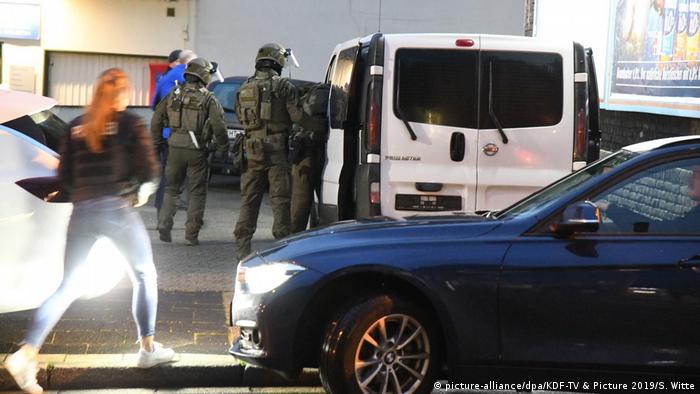 The objective of Wednesday's major raid on the Al-Salam-313 biker gang was to collect and prepare evidence, and its preparation took several months, said Herbert Reul, interior minister for the German state of North Rhine-Westphalia (NRW). The gang is suspected of having committed a variety of crimes ranging from illegal weapons trading, people smuggling, passport forgery, and drug distribution. Police have identified 34 suspects, who are mainly of Iraqi and Syrian descent. The minister said the raid dealt a "blow to organized crime."

Prior to the raid, DW had independently researched the group in connection to claims of its criminal dealings and threats on fellow Iraqi emigres. DW spoke, under conditions of anonymity, to one Iraqi national living in Germany,  who said that the group had sent her death threats for leading a Western lifestyle. The person said she knew of other exiled Iraqis in Europe who also report having been intimidated by Al-Salam-313. 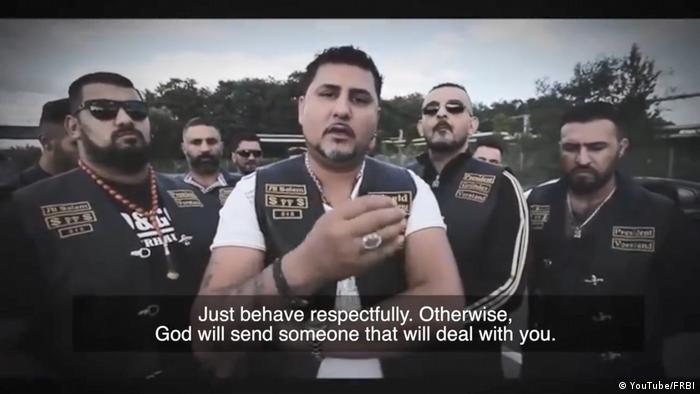 On May 10, DW requested that the domestic intelligence agency of North Rhine-Westphalia (NRW), Germany's most populous state, reveal what it knows about the group. In response, the agency refused to share its intelligence, saying on a phone call that this information is classified.

'Those that come to Europe must behave'

The Al-Salam-313 group has a Facebook page, called ALSALAM-Germany — though nobody appears to have posted there since May 2017. It also has published a seven-minute YouTube video featuring muscular gang members clad in leather vests and sunglasses. They show off luxury cars and motorbikes, driven in formation. Against the backdrop of dramatic music, gang members pose around their leader. Arms crossed, the leader looks into the camera and introduces himself. The video's subtitles read: "Peace be upon you. I'm Abu Mehdi (Mohammad Bunia) from Salam crew 313." He says the group was founded in 2016 and that it is active in several European countries, including Germany, Sweden, Denmark and the Netherlands. "We have no qualms with any human," he states. And then, presumably in reference to Iraqis who fled to Europe, says: "Those that come to Europe must behave."

The leader then says his group exists to "help people, not cause problems." But he also claims that "some of you need a good beating, Arab style. And you know exactly what I mean by this." A bit later, Abu Mehdi insists his group is not a mafia-like outfit. His alias, incidentally, has a specific meaning: In Shia Islam, "Mehdi" or "Mahdi" refers to the descendant of Prophet Mohammed, who rules before Judgment Day to rid the world of evil.

And the number "313," as referenced in the group's name, also has particular meaning in this context. Shiites believe that the redeemer will return to earth with 313 companions.

In the group's propaganda video, a vehicle can be seen whose German number plate begins with letter "E," indicating the car is registered in the German city of Essen. This is where Abu Mehdi lives. Already in December 2017, local German media reported on an attack on the gang leaders' hangout in Essen. The incident reportedly involved a rival Lebanese gang and revolved around extortion.

In its 2018 report on clan-related crime, NRW's Criminal Police Office does not mention Al-Salam-313 by name. Yet the agency explicitly notes that in recent months Turkish, Kurdish and Lebanese clans have apparently been overpowered by rival actors of Iraqi and Syrian descent. The report states that clans from these war-torn countries are "perceived as particularly assertive and violent" within this milieu. 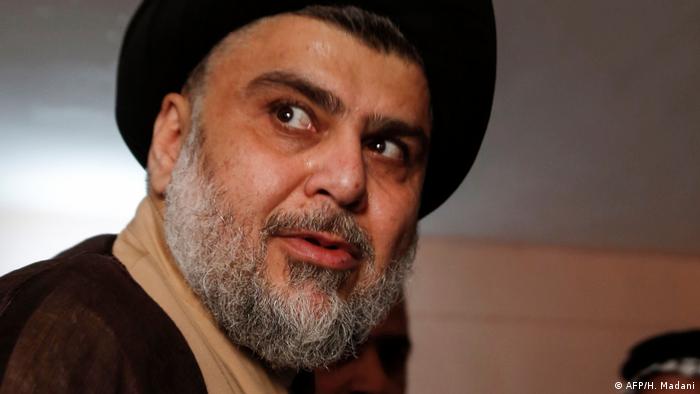 The Al-Salam-313 group, though, is apparently not just a band of ordinary criminals, so to speak. NRW's state interior ministry confirmed to DW that it suspects the gang may also be involved in politically and religiously motivated crimes. Authorities suspect the group of assisting militant extremists in Iraq.

The group is rumored to have very close ties to so-called Mahdi Army aligned with Iraqi Shiite cleric Muqtada al-Sadr. That militia sports a white dove as its insignia — as does the Al-Salam-313 group.

According to US intelligence, the Mahdi Army comprises tens of thousands of fighters, and was formed after the US invasion of Iraq in 2003. After the Iraqi national army was demobilized, and much of the country's police force retired, numerous militias filled the subsequent security vacuum. Today, several armed Shiite militias are active alongside the Mahdi Army in Iraq.

Many of them are supported by Iran, which supplies funding, weapons and training. They played a major role in assisting the US fight against the "Islamic State", an extremist Sunni militia.

German police have carried out a massive raid on a biker gang suspected of illegal arms trade and human trafficking. A leading detective told DW that police must adopt a long-term plan to eradicate such crime. (22.05.2019)

The United States claims militia with ties to Iran are planning attacks against its personnel in Iraq. Whether true or not, tensions between Iran and the US are putting Iraq in a tough position. (16.05.2019)