Berlinale: The top titles in the competition

Who will win the Golden Bear? Here's a look at some of the top candidates, as well as the winners of the independent jury awards, revealed a day prior to the Berlin International Film Festival's main prizes.

The Berlin International Film Festival has screened its last competition entries on Friday, and the official jury will reveal the winners of the Golden Bear, the festival's top award, and the Silver Bears in different categories, on Saturday.

Before the winners of the main awards are revealed, prizes from independent juries have been awarded on Friday.

The FIPRESCI jury, representing the international film critics association, has selected the Paraguayan film "The Heiresses," by Marcelo Martinessi. The movie centering on a middle-aged lesbian couple has also obtained a nod from the queer community, winning the Teddy Readers' Award.

German director Thomas Stuber's "In the Aisles" has already obtained two awards, the Guild Film Prize, whose jury is composed of members of the association of German Art House Cinemas, and the other from the Ecumenical Jury, representing the international film organisations of the Protestant and Catholic Churches. The latter has additionally granted a special mention to Norway's "U — July 22," by Erik Poppe.

The Berliner Morgenpost Reader's Jury Award has been given to the Russian entry "Dovlatov," by Alexei German Jr.

19 films in the competition

Altogether, 19 of the 24 films shown in the Competition section are in the running. Some titles, such as Steven Soderbergh's thriller "Unsane" and José Padilha's "7 Days in Entebbe", depicting a true-story hijacking that stars Daniel Brühl and Rosamund Pike, are shown out of competition.

Cult US indie filmmakers Wes Anderson and Gus Van Sant are in the race with two critically acclaimed works, "Isle of Dogs" and "Don't Worry, He Won't Get Far On Foot." But with German director Tom Tykwer heading the jury, home-grown productions might get bonus points.

There are four German films competing at the Berlinale this year. Christian Petzold's "Transit," Emily Atef's "3 Days in Quiberon" and Philip Gröning's "My Brother's Name Is Robert and He Is an Idiot," as well as "In the Aisles" by Thomas Stuber, which premieres on Friday evening. The film was extremely well received at its advanced press screening. 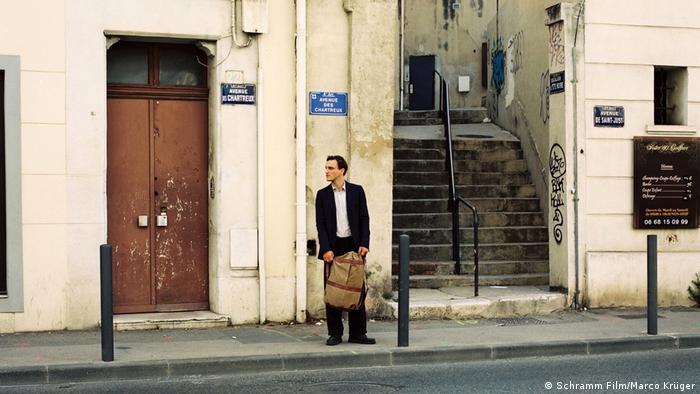 Actor Franz Rogowski, one of the European "Shooting Stars" at the 2018 Berlinale, stars in both Stuber's and Petzold's films. Dubbed "Joaquin Phoenix's Teutonic cousin" by the Hollywood Reporter magazine, the promising German actor is bound to be on the shortlist for a Silver Bear.

The gallery above reveals a few of the critics' favorites.

Midway through the Berlinale, here's a look at some of the top contenders in the competition – including anticipated films that are still to premiere. (20.02.2018)