The Silver Bear awards in various categories, along with the Berlinale Documentary Award, the GWFF Best First Feature Award and prizes for films in other sections of the festival, were also handed out on June 13.

The festival awarded its first ever gender-neutral acting prize — where both male and female actor compete in the same category — to Maren Eggert for her performance in Maria Schrader's I'm Your Man.

The event took place outdoors, on Berlin's Museum Island, where the red carpet is being rolled out for the Berlinale Summer Special, which presents 126 films from its selection in open-air cinemas for the public from June 9-20.

Normally, the Berlin International Film Festival's awards ceremony is an event filled with suspense for critics and film fans who closely follow the competition, as they hope that their own favorites will be crowned with the Golden Bear, or at least obtain one of the Silver Bears.

However, things were different this year. In response to the coronavirus pandemic, the festival's organizers divided the Berlinale into two separate events.

The prizewinners were revealed during the first part of the festival in March, an online program restricted to film industry professionals.

The announcement was a very low-key event, with the members of the jury reading their statements from separate hotel rooms, and the winners tuning in through a video link to react to the news.

The prizes are now being handed out three months later during the second part of the festival, the Berlinale Summer Special.

The festival will conclude with the announcement of an additional Berlinale Competition Audience Award on June 20. 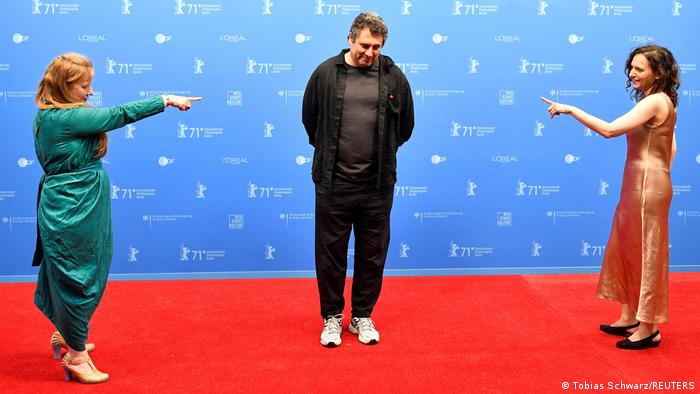 The jury said in March that they had picked the film because it "captures on screen the very content and essence, the mind and body, the values and the raw flesh of our present moment in time. Of this very moment of human existence."

Set in real-world Bucharest, it was the only competition film set during the COVID-19 pandemic, with all characters wearing masks.

The film also comments on the Church, antisemitism and far-right politics.

The ministry said that the Golden Bear-winning work violates Russian laws on pornography.

Along with Radu Jude's Golden Bear-winning film, find out more about the Silver Bear winners of the Berlin International Film Festival's competition.

Documentary highlights at the Berlinale

Beyond prizes given in different sections, the Berlinale now also has a distinct prize recognizing a documentary film. It has been awarded to Alice Diop's "We."

Beyond the Golden Bear that went to the Catalan entry "Alcarras," here are the Silver Bear-winning films of the Berlin International Film Festival's main competition.