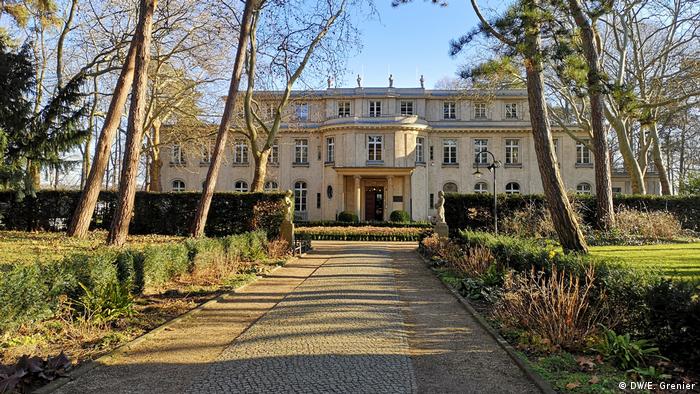 On January 20, 1942, 15 high-ranking Nazi officials met at a lakeside mansion in Wannsee, in the southwest of Berlin. In this idyllic setting they discussed the details of their so-called "final solution of the Jewish question" — or how European Jews were to be gathered and sent to death camps.

Even though the decision to exterminate Jews had already been previously taken months before the meeting, the minutes of the Wannsee Conference became a key document of the Holocaust, and the meeting itself, a symbol of the genocide's cold-blooded planning.

Interactive exhibition for the next generation

Since 1992, the villa has served as a Holocaust memorial. On Sunday, the House of the Wannsee Conference's new permanent exhibition was inaugurated during a ceremony attended by Michelle Müntefering, minister of state at the Federal Foreign Office, and Hungarian Holocaust survivor Eva Fahidi, who in her speech warned against growing anti-Semitism. While recalling her deportation to Auschwitz, she also underlined the involvement of Hungarian authorities in the German Nazis' extermination process.

"A responsibility emerges from the crimes of our ancestors: the responsibility to never again remain indifferent. This is the message of this exhibition," said Müntefering. The opening of the new exhibition has been planned on the same date as the infamous conference, and it also marks the 75th anniversary of the liberation of the Nazi extermination camps.

While the previous exhibition had longer text presentations, the new one uses simpler language and more interactivity to present the facts. It is also barrier-free. 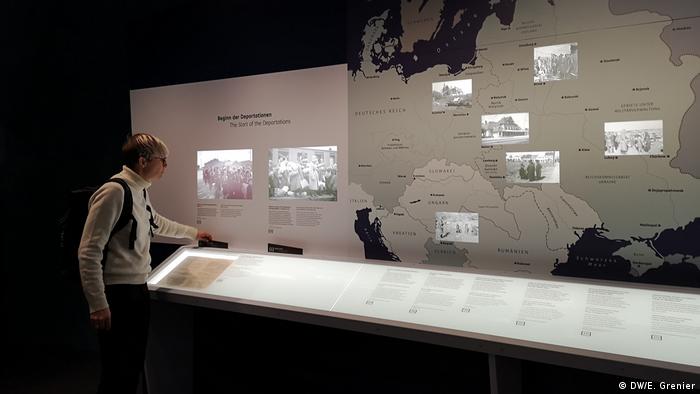 Despite its simplified form, the new exhibition aims to integrate the most recent academic findings, says Hans-Christian Jasch, director of the House of the Wannsee Conference.

For instance, the previous exhibition followed the narrative that implementation of the genocide was driven by a biological definition of anti-Semitism, an interpretation that became central during the Auschwitz trials in the 1960s. But newer research explores how "the perpetrators were not all motivated by anti-Semitism," Jasch told DW. "There were different secondary motives" — such as personal enrichment, jealousy or the nationalist ideal of ethnic homogeneity.

Another nuance highlighted by recent research, says Jasch, is the fact that it wasn't a linear process that only emerged in Germany. Referring to researchers such as Andrea Löw and Omer Bartov, he points out that there was an "enabling environment" in Europe that allowed the persecution of ethnic minorities in plain view of the population.

The centerpiece of the exhibition remains the infamous 1942 conference. There was only one copy of the minutes, known as the "Wannsee Protocol," that survived the war; the others had been destroyed by perpetrators at the end of the war, in an attempt to hide the names of those involved in the genocide. Robert Kempner, a US prosecutor in the International Military Tribunal at Nuremberg, found the remaining copy of the incriminating document among seized files. 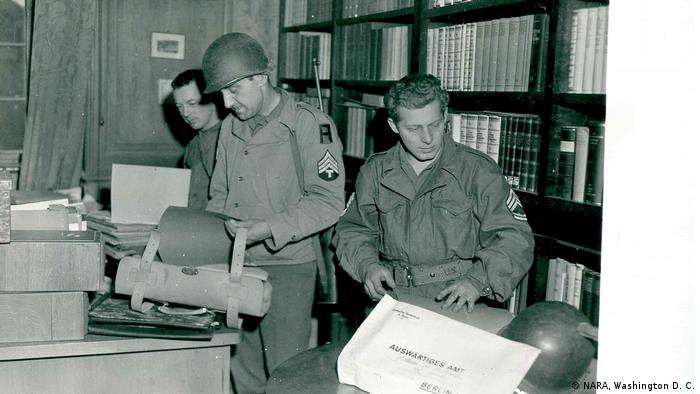 US troops seizing files from the German Foreign Office in 1945

The exhibition looks into the roles of the conference's participants, including high-ranking German SS and police official Reinhard Heydrich who called the meeting to formalize extermination plans and Adolf Eichmann, who prepared the minutes and managed the logistics of the Holocaust.

While Heydrich was fatally wounded in 1942, Eichmann's trial in Jerusalem in 1961 was closely followed by the media — most famously through Hannah Arendt's coverage for The New Yorker, in which she first wrote the phrase "the banality of evil."

With a beautiful view on the Wannsee lake, the villa's peaceful location clashes with the horrific details that were plotted during the Wannsee Conference. At his trial, Eichmann said that butlers were serving "cognac and other drinks" to the participants as they discussed the genocide. 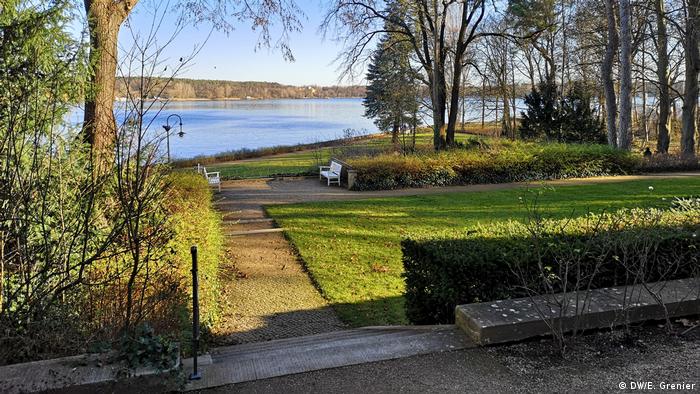 Wannsee Lake can be seen from the villa

Beyond the Wannsee Conference

If the meeting itself has a highly symbolic value, the exhibition also reaches back to the roots of the Shoah and explores its postwar consequences.

It begins with a section focusing on anti-Semitic sentiments at the outbreak of World War I and Germany's defeat in 1918.

Other sections detail the Nazi persecution of Jews in the 1930s and mass killings in Eastern Europe that started with World War II. The Nazis killed 6 million Jews in the Holocaust — more than a third of the world's Jewish population at the time. 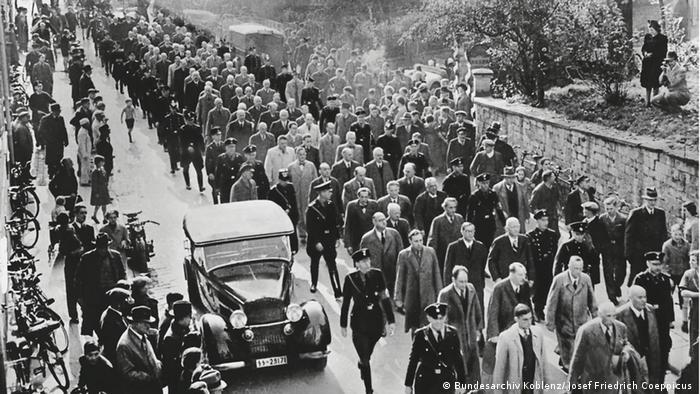 A photo from 1939: What was the 'enabling environment' allowing Jews to be rounded up and humiliated in plain view?

Workshops for specific groups of workers

Elke Gryglewski, the director of the educational department at the memorial and educational site of the House of the Wannsee Conference in Berlin, also presented some of the particularities of their program at a press presentation ahead of the exhibition's official inauguration.

The new exhibition, free of charge, is adapted to the needs of various people, whether schoolchildren and people with various disabilities. But the museum has also developed workshops for specific professional fields, such as police officers or hospital staff, who in their work regularly face ethical questions related, for instance, to abuse of power or euthanasia.

After the war, most people involved in the genocide claimed they were simply following orders and doing their jobs. What were the available alternatives for the staff at the time? The House of the Wannsee Conference workshops allow participants to explore such questions from Germany's tragic past — with answers that can have a direct impact on their work today.

An Israeli witness who survived the Nazi death camp at Stutthof has described how SS guards staged sadistic "shows" to torture prisoners. His testimony is part of a court case against a 93-year-old former guard. (09.12.2019)

The small brass "stumbling blocks" are familiar to anyone who has walked the streets of Germany. Each one commemorates a victim of the Nazi regime, and now the 75,000th stone has been laid in a small Bavarian town. (29.12.2019)