The video of a man kicking a woman down a flight of stairs in a Berlin underground station was crucial to catching the suspect. Germany's network of surveillance cameras is already being expanded rapidly. 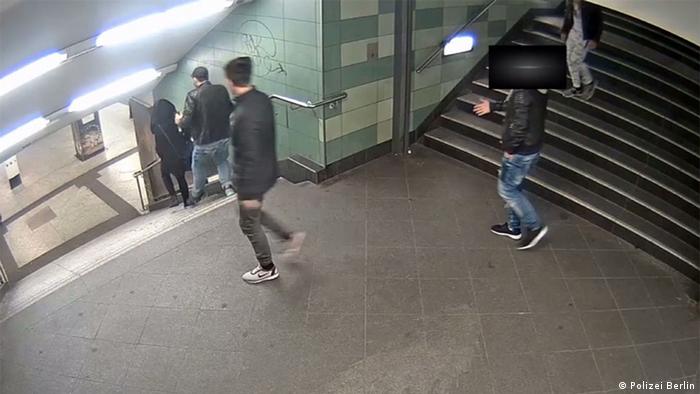 The brief manhunt ended on Saturday afternoon at around 4:30 p.m., when police arrested the man who has come to be known in the German media as the "U-Bahn kicker." The plainclothes officers found him on a long-distance bus that had just arrived in Berlin after a 30-hour journey from Marseille, southern France.

The 27-year-old Bulgarian Svetoslav S. is the main suspect in a violent attack that has played out endlessly on Germany's social media feeds for the past two weeks. In closed circuit video footage that was initially leaked to the "Bild" newspaper on December 7, and then officially released by the Berlin police on December 8, a young man - holding a beer bottle and a cigarette - was seen kicking a woman in the back down the stairs onto an underground train platform before nonchalantly wandering off with his three companions. The woman's arm was broken in the attack, though the state prosecutor confirmed to local radio station RBB that a manslaughter or murder charge would also be examined.

The video prompted a massive outcry, with several local celebrities offering rewards for information leading to the man's arrest. In the end, though, the police were able to catch the suspect within ten days without help from the public, thanks to the work of a special detective squad who traced Svetoslav S. to Marseille after initially arresting and questioning his brother - one of the three other men seen in the video. 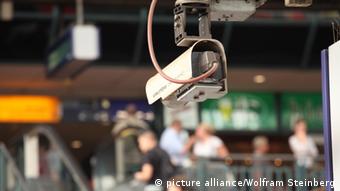 The speed with which Svetoslav S. was tracked down was likely due in large part to the extra pressure of the immense public interest in the case, and the fact that the suspect did not appear to be a master criminal: the Bulgarian TV station Nova was able to find photos of him in Marseille, and it soon emerged that he has a criminal record in his home country for theft, robbery, and hooliganism.

Though the police is refusing to talk to the press about the details of their investigation, it seems clear that the video was key to tracking him down - not least because it only took a few days for them to arrest the suspect's brother, whose face was more clearly visible on the footage.

The incriminating footage was captured by a camera owned by Berlin's local transport network the BVG, and one detail was not lost on the many people who are calling for more video surveillance in Germany: as BVG spokeswoman Petra Reetz confirmed to DW, if the attack had happened a few meters further away, on the steps leading down to the mezzanine platform, it would not have been caught on camera.

Several police organizations have promptly called for more video surveillance in Germany. "Such videos can deliver clues to perpetrators, which can then be presented to a court," Michael Böhl, chairman of the Berlin branch of the association of German criminal detectives (BDK), told the "Berliner Zeitung," - though he worried that releasing full footage could trigger copycat acts (it hadn't been for the leak, the Berlin police would not have released the footage showing the actual attack itself).

In fact, video surveillance is already being expanded rapidly in Germany, particularly in train stations. Reetz said that as trains get replaced or renovated, cameras are now routinely installed, though she admitted that other European cities have more thorough coverage. In Berlin's underground train network, the cameras only cover the platforms and the majority of the trains, and not the rest of the stations. The footage is stored for 48 hours, which means that the police have that much time to ask for the evidence of an incident before it is automatically erased.

Video surveillance is much more elaborate in London's Tube. "I'd put it this way: we have video recordings, in London they have surveillance - there really are people sitting at screens watching things live," said Reetz. "They also have camera surveillance in intermediate levels at train stations and in shopping areas. We don't have any of that." 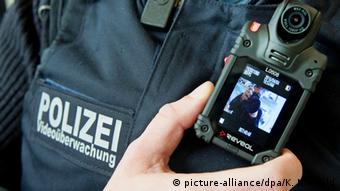 Nevertheless, Germany's railways have seen a massive increase in video surveillance recently. Currently, 700 railway stations in the country are covered by a network of 5,000 cameras - of which 200 stations and 1,500 cameras were added in the last two years. Not only that, the cameras are high-definition, which means they could be used with the facial recognition software that the Interior Ministry is keen to introduce.

"We know it helps a lot," a Deutsche Bahn spokesman told DW. "We have already noticed that it has had an effect on the investigation successes of the police. Internally we now get six or seven reports a week saying that the police caught perpetrators thanks to video footage from the railway station."

This success has not been lost on the German people, who have slowly but overwhelmingly come round to the idea: an ARD survey from January this year found 82 percent of Germans favored more video surveillance in public areas - though another survey, carried out by YouGov in October, concluded that few Germans actually felt safer because of more cameras.

Meanwhile, Germany's rail operator has noted some significant success with the new "bodycam" tests. Deutsche Bahn's security personnel are now routinely fitted with a camera and a visible monitor that they can switch on when a situation threatens to escalate. "Usually just a warning that the camera is going to be switched on is enough," the DB spokesman said. "Drunken football fans who walk around railways stations thinking they're the greatest - they don't mind anything except being filmed. And our employees feel safer, because what they do is also being documented."

Police in Berlin have arrested the man suspected of kicking a woman down a flight of stairs at a subway station. Video of the senseless act of violence went viral and led to a massive outcry for the suspect's arrest. (17.12.2016)

The German Interior Ministry wants to install facial recognition video surveillance in the country's airports and train stations, leaked documents have revealed. Opposition politicians say the plans are a "placebo." (26.10.2016)

Germany's first crowdfunded train has made its first journey from Stuttgart to Berlin - arriving five minutes early. Berlin-based startup Locomore knows its one train isn't much competition for the giant Deutsche Bahn. (14.12.2016)