Berlin station turns to atonal tunes to deter drug users | Germany | News and in-depth reporting from Berlin and beyond | DW | 19.08.2018

The German rail operator Deutsche Bahn has got a new plan for getting people in Berlin not to use drugs at one of its busiest stations: atonal music. But local residents are unimpressed by the experiment. 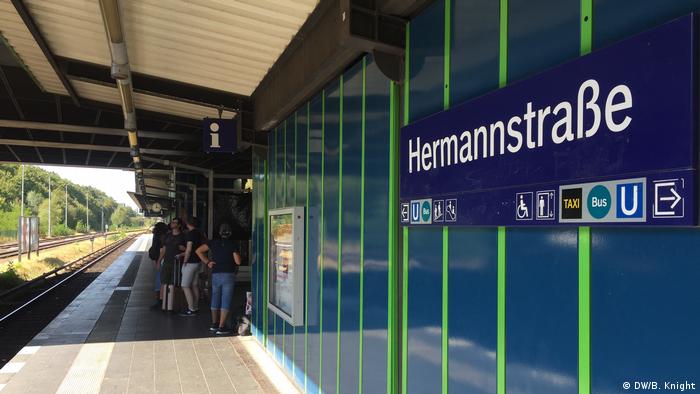 Germany's national rail operator, Deutsche Bahn (DB), is planning to pipe "atonal music" into the Hermannstrasse station in Berlin's Neukölln district in an attempt to drive away people who use the place to take drugs.

The initiative was revealed earlier this week by Friedemann Kessler, the head of DB's eastern regional department, and confirmed to DW by a spokeswoman, who said the idea was to begin the experiment before the end of the year.

But the details remain unclear. The music has not yet been chosen, though, according to a report in Berlin's Tagesspiegel newspaper, DB has opted for atonal music "because it completely undermines traditional listening habits."

"Few people find it beautiful — many people perceive it as something to run away from," the paper quoted Kessler, who oversees about 550 stations for DB, as saying, an opinion that might come as a blow to the organizers of Berlin's Atonal Music festival, which starts this week.

Kessler acknowledged that the initiative could be awkward to get right: There is a danger of annoying passengers, too, which is one reason why the music would not be played on the station's platforms. Kessler told Tagesspiegel that DB would "try out different volumes." 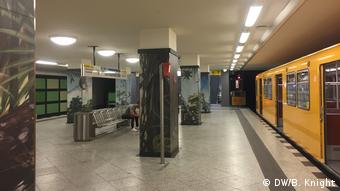 Read more: Berlin and beyond - crime and punishment

The idea received mixed reviews from travelers at the station on Sunday afternoon (when there was no evidence of open drug consumption). "Well, if they think it'll help," said one passenger and shrugged, before pointing out that Hermannstrasse is on Berlin's U8 underground line, where a number of stations have long since gained a reputation as drug consumption centers.

"I don't think this music will drive away drug addicts: This is a meeting place for them, but they have a lot of places to hide," said Janine, a regular rider at the station. "You do see it, and personally I do try and go through the station as quickly as possible."

Local resident Rebecca Habicht could only roll her eyes at the plan. "There has been a drug scene here ever since they built the station, and they have tried many different initiatives to deal with it," she said. "I don't think you can do anything about it, and, even if you do, you only drive people somewhere else. What I think is interesting here is what this atonal music is supposed to be, and what effect it will have on all passengers."

Habicht, who has lived near the station for over 30 years, doesn't see users as a major issue. "It's OK if you don't like them sitting around or lying around, but the question is: How many people with drug problems actually attack passengers?" she said. "Of course it's not particularly nice, but I've never felt threatened."

That sentiment was echoed by Sara Berg, who works in a kiosk at the station's road-level entrance. "Most people don't get bothered by junkies," she said. "They're used to it. They might try and steal stuff here and so on, but they don't really hurt people — you just know which ones to avoid." She added that the police and DB's own security personnel keep a close watch on the station and people openly using drugs are generally driven away very quickly.

"Of course you always have a few junkies, but they always get moved on," she said. "Because, if one of them sits down here, you have about 20 more half an hour later."

Other people working at the station were more enthusiastic about plans to deal with the problem. Shafik Hamuda, who runs a small bakery on the platform of the underground station, said he was constantly being pestered by drug users, especially late at night. "They're always trying to steal drinks from the fridge, and sometimes they're dangerous, especially the alcoholics," he said.

Read more: On patrol with police at Berlin Alexanderplatz

The idea of using music to counter social problems is not particularly new: In 2010 Berlin's public transport operator, BVG, experimented with using classical music to drive away drug users in one of its stations in the west of the city, and authorities in Hamburg and London have also tried music in railway stations — though the idea there was that soothing classical music might reduce anti-social behavior.

Given that Kessler's plan is to deliberately antagonize people with atonal music, the experiment in Berlin might well backfire, but, as he told the Tagesspiegel: "We have to try something out, instead of capitulating."

The video of a man kicking a woman down a flight of stairs in a Berlin underground station was crucial to catching the suspect. Germany's network of surveillance cameras is already being expanded rapidly. (19.12.2016)