Google wants to build a "start-up campus" in Berlin's sought-after Kreuzberg district. The city's mayor is delighted, but local residents fear for their rent, their livelihoods, and the area's unique character. 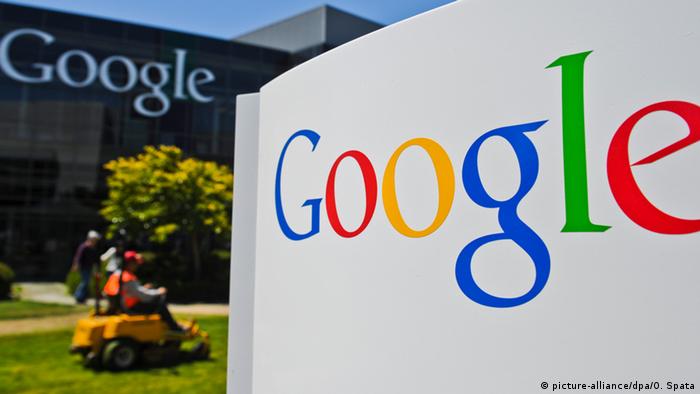 Google has decided it has found a new place to settle. If all goes to the tech multinational's plan, an electrical substation-turned-concert venue in one of Berlin's most popular districts will by the end of the year be home to the world's seventh "Google Campus" - a hub for local entrepreneurs and start-ups.

But all has not gone to plan. This weekend, a Green party representative on Kreuzberg's local district assembly told the "Neues Deutschland" newspaper that initial planning permission had been denied because of the potential noise for local residents, and because "the planned installation of an additional story in the historical building would also exceed the designated floor-area size for the district," local councilor Julian Schwarze told the paper.

This counts as an untimely blow for Michael Müller, the Social Democrat mayor of the nation's capital, who appeared in person at an event last November to welcome the project. "Today is a good day for Berlin," Müller said at the time. "The Campus Berlin creates a new place for cooperation, creativity and entrepreneurship in our city."

Google cited Berlin's much-vaunted "start-up scene" as the motivation for adding Berlin to its Campus locations, which so far include London, Madrid, Warsaw, Seoul, Sao Paulo and Tel Aviv. 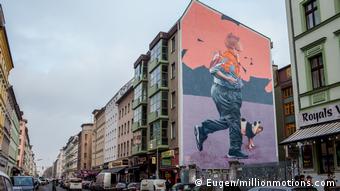 Locals fear they're about to be priced out of Berlin

In response to the setback, Google Germany offered only a brief emailed statement, which read: "We are excited to house Campus Berlin in the [substation]. As with every rebuilding of historical sites there are tasks that we solve together with the authorities. We build out our space for local community and local entrepreneurs, and are thus working closely with the city to not only preserve, but highlight, the historic features of the building."

But Kreuzberg's anti-gentrification campaigners were more effusive - and much less concerned about the old substation's "historic features." "We're very worried about our whole area - our rents, our apartments, but also the area in general," Coni Pfeiffer of the local initiative "Glorreiche" told DW. "Because we've seen that when large tech companies settle in, the areas change a lot - the rents get very expensive, the retail spaces get very expensive. In principle the complete area that was there before simply gets replaced by other people and other businesses."

"We don't want that," said Pfeiffer, who lives close to the building. "We've lived in Kreuzberg a long time and made it into what it is, after all. And now Google is coming along and using that as some kind of stage set for something we don't even understand. The company's slogan is 'do the right thing' - let's see them do it."

Berlin's Google Campus is supposed to offer free working space and seminars from business experts to local entrepreneurs. "But of course if you get into Google as a start-up, then you're supposed to use the Google tools - they do want to draw in the Google users of tomorrow," said Pfeiffer. 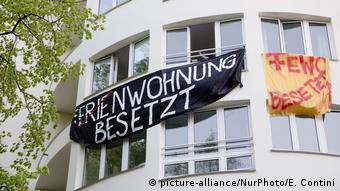 Kreuzberg has become a gentrification battleground

"We've seen what happens around other Google Campuses," said Magnus Hengge, of Kreuzberg's Bizim Kiez initiative. "They're all internet companies kitted out with venture capital money, with a completely different budget than local businesses."

The fight for Berlin

Anti-gentrification campaigners in Berlin have recently found new allies in district councils, who have begun to take a more radical approach to the city's social housing problem - which is particularly evident in Kreuzberg, where rents are rising at a precipitous rate.

Under current laws, the city-owned property company Gewobag has the right to intervene in any major property transaction and buy up buildings situated in a designated "Milieuschutzgebiet" (an area whose local community and culture is deemed in need of protection).

That right was used most recently with the "Zentrum Kreuzberg," an apartment building in the center of the city that contained some 360 apartments, which Gewobag has now bought for 56.5 million euros ($61.4 million) - ahead of a private investor group that had tried to buy the building last year.

In his latest project, artist Heiko Mattausch is capturing the memory of Leipzig prior to gentrification in a series of miniatures. DW's Kate Brady went to the eastern German city to meet the man behind the paintings. (16.09.2015)