Berlin has lost its coolness. At least according to recent US and German media reports. What was just recently one of Europe's sexiest cities seems to have lost its appeal. DW's Lavinia Pitu couldn't care less. 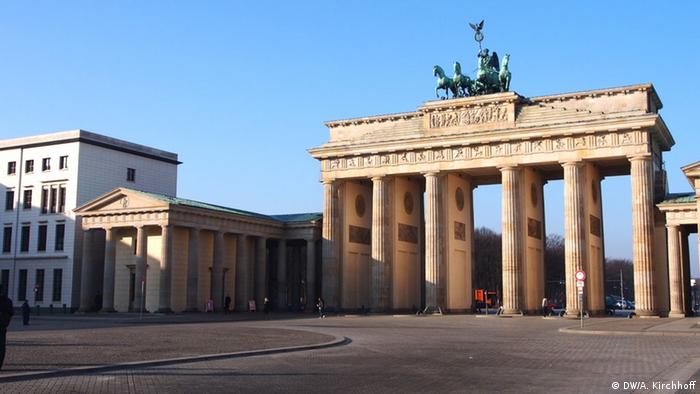 They've been acclaiming it ever since the fall of the Berlin Wall: the coolest metropolis in the world, with a sassy nightlife and naughty clubs, the city where the only rule is anarchy and the beer accompanying it costs close to nothing. Germany's capital - or, to put it more accurately, the capital of sex, drugs and rock 'n' roll. At least it used to be, according to the press.

This news was like a knife to the heart for Berliners, who've never had any doubt that their life is all about being out of the box. And now their beloved city is just plain out. For the diehard Berliner, the whole world has obviously gone crazy.

It all started with a review of Berghain - aka the best club in the world - by Rolling Stone magazine. The underground techno temple, located in a gloomy industrial building in what used to be East Berlin has been described as an almost "religious experience," and, with Berlin's post-reunification boom, quickly went from insider's tip to tourist magnet.

Despite the fact that the club's door policy is as rigid as its architecture, the so-called easyJet crowd (revelers who come to Berlin from out of town for the weekend) sheds a whole new light on Berghain's insider philosophy and on Berlin's state of mind in general. If Berghain is over, so is Berlin.

Following the Rolling Stone article, the New York Times, and Germany's Tagesspiegel and Süddeutsche Zeitung, plus a number of social media platforms had their take on the story. All with the same conclusion: Berlin is passé, what now?

The New York Times quotes a 25-year-old artist from New York who compared Berghain with Brooklyn, saying that they're both creative spaces that have turned into middle- or even upper-middle-class societies.

So how come did the Mecca of cool become redundant seemingly over night? As a Berliner, I've been trying to explain it to myself and to my brothers and sisters in suffering. There are only two possibilities: Either we brought this on ourselves, or we're facing a worldwide conspiracy. 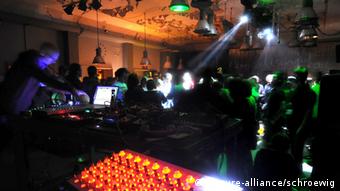 Berghain was said to be the best club in the world

Theory number one: We brought it on ourselves. Who's been frowning on the southern Germans who've moved to the capital in droves and brought with them too many German stereotypes for the Berlin spirit? And what about the international tourists bringing in billions of euros and furthering the hyper-modernization of the city? Who's been ranting about shabby corners becoming too chic?

Berliners have been complaining so loudly that the world overheard us - and now they're holding it against us. And it's not just the complaints - our praise of our beloved capital as the sexiest corner of the world (the author of this article being a repeat offender) equally piqued the attention of people all over the globe. Did we really expect no reaction?

On the other hand, I don't see what's so bad about evolution. I know that my rent has skyrocketed; I know that from my window I now have to look at a modern building made of concrete instead of the former beach bar we used to go to after work. Yes, some clubs have closed down or moved or been renovated. There are more fancy restaurants than there were 10 years ago, and the food is clearly more expensive. Altogether, the anarchy has calmed down a bit.

But so what? I like this constant dynamism. Of course, New York, London or Paris underwent these same changes long ago. But we Berliners don't approve of such comparisons, since we ought to stand out. 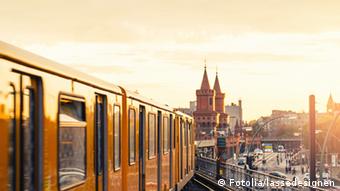 Once a neighborhood for hipsters, Kreuzberg has also become a tourist attraction

The whole world remembers David Bowie saying that Berlin is the place where he experienced freedom like nowhere else. From that moment on, he became our personal hero. Berlin is the embodiment of freedom and there might be some of you out there who know what I'm talking about.

After so many years of hearing all this about Berlin, the world is probably getting annoyed with us repeating ourselves like a broken record, and like the headlines of glossy magazines emphasizing Angelina Jolie's beauty for the millionth time. Eventually, you get it. As a result, the world may just have set up a conspiracy to belittle ultra-sexy Berlin and steal back the spotlight. 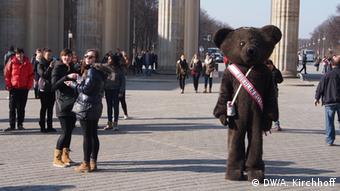 Everything is becoming more expensive; you even have to pay for this bear to appear on your picture

According to my first theory, the world would do many Berliners a huge favor by looking the other way for a while and not booking any easyJet flights. As for myself, I don't mind Berlin being in the spotlight and I couldn't care less if other people from other continents think it's become boring. What I know for sure is that since I set foot in Berlin many years ago, not a day has passed without this city surprising me in a way or another, and this city has plenty more surprises up its second-hand designer-label sleeves.

Wait a second. A third theory has just occurred to me. What if the Berliners themselves are behind the bad press? If they can scare enough people away, then they can continue enjoying their cheap beer undisturbed in their favorite shabby cafes on graffitied street corners.

If you ask me, though, it won't work, because deep down everyone knows that Berlin will never be boring.

Childish antics? Osama Bin Laden masks? Berlin's Insider Jan Kage chats with Benjamin Patterson, co-founder of the Fluxus movement. By the end of the night, one of them was covered in a mountain of crumpled newspaper. (06.03.2014)

After the close of Berlin's Tempelhof Airport, Berliners claimed the space with their kites and BBQs. Now the city wants to build a library there. Nothing against books, but Berliners are tired of city building projects. (20.02.2014)