The streets of a Berlin neighborhood were filled with people protesting the recent displays of anti-immigrant hate in Chemnitz. Their march coincided with fresh protests in Chemnitz. 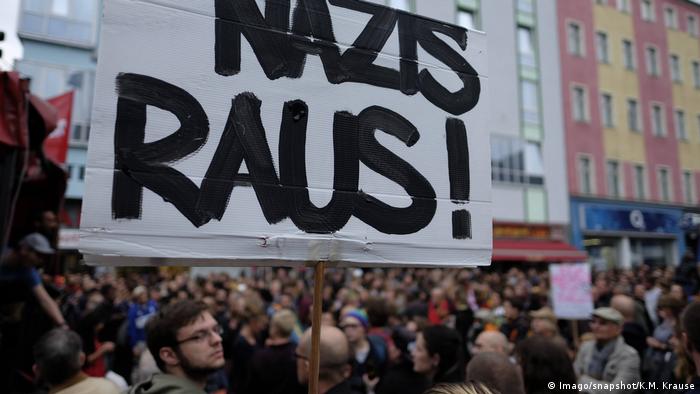 What was expected to be a small gathering of 100 or so individuals speaking out against hate and xenophobia turned into a demonstration of thousands in the Berlin neighborhood of Neukölln on Thursday night.

The demonstration was a counteraction to the far-right protests that have taken place in the city of Chemnitz over the past days, which have included anti-immigrant violence and intimidation. The initial trigger for the protests was the fatal stabbing of a 35-year-old German-Cuban man on Sunday, with two foreign-born men under arrest as suspects in the crime.

While events in the German capital were getting underway, far-right supporters in Chemnitz launched a fresh protest, drawing about 1,000 people. They proceeded without violence as state-level politicians met with the city's citizens.

The events that spiraled out of the stabbing have drawn international attention to Germany's struggle to deal with both anti-foreigner sentiment and its far-right factions, which have strong roots in the state of Saxony. 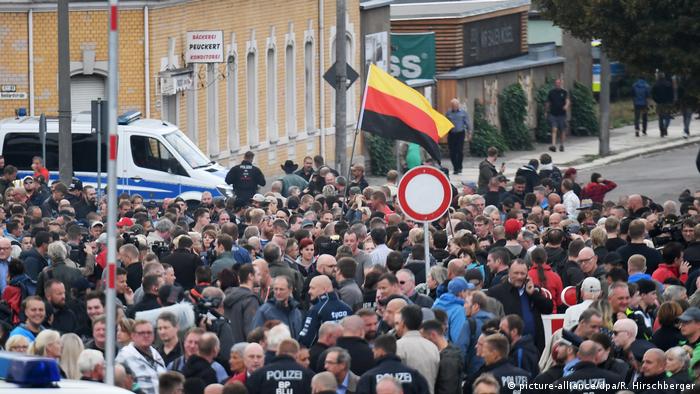 The anti-hate demonstration in Berlin was organized by various left-wing political and activist groups, including a local branch of the Left party. It took place under the motto "Whether Chemnitz or Neukölln: Take to streets against right-wing violence."

Berlin police reported that about 5,000 people took part in the march, according to the German news agency dpa. Police also said a private individual had initially registered the event with an expected attendance of 100.

The demonstration was expected to proceed from Hermannplatz to the city hall of Neukölln, a Berlin area known for its diverse inhabitants. 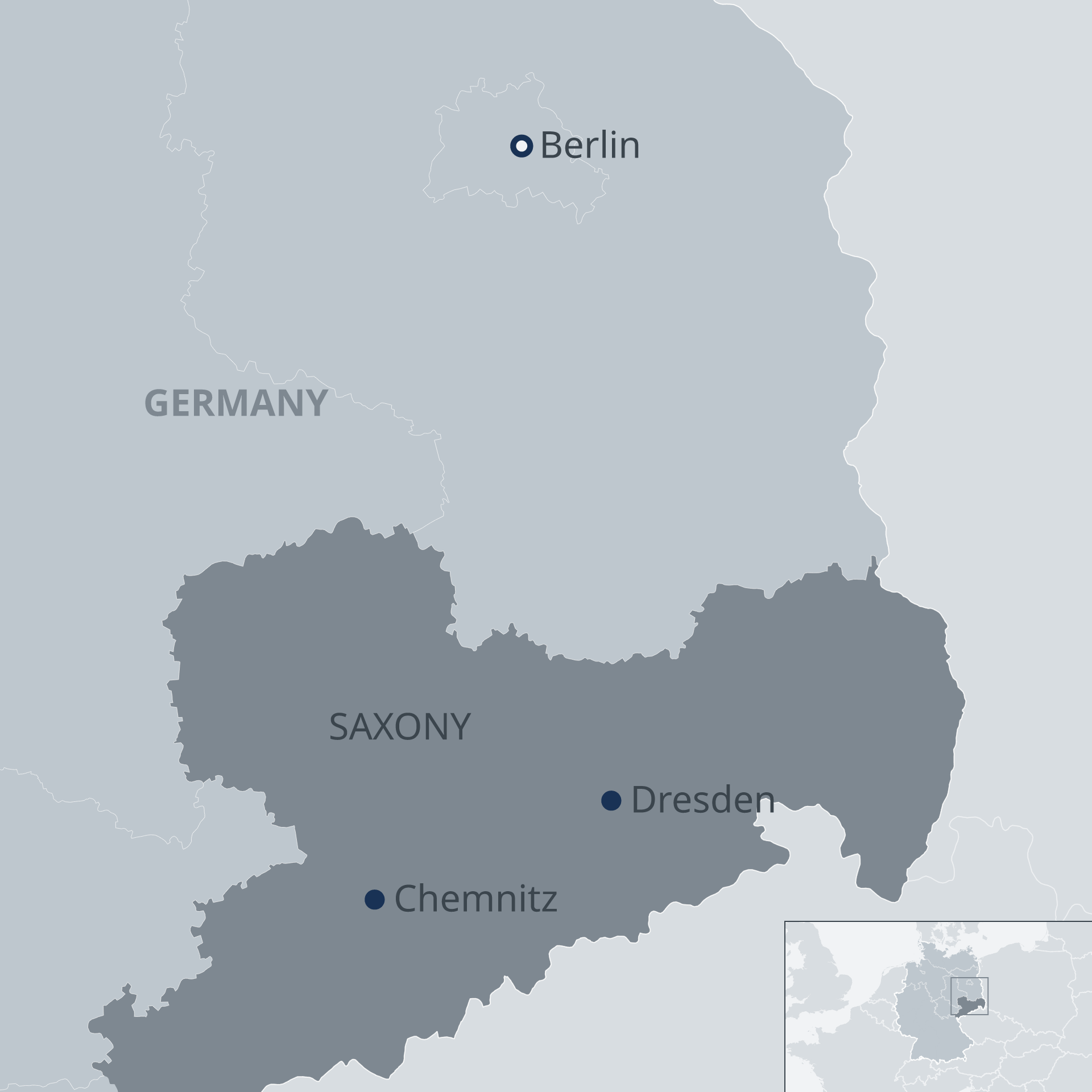 A look at what sparked the protests: The week's demonstrations in Chemnitz and Thursday's in Berlin can be traced back to the fatal stabbing during the early hours of Sunday in Chemnitz. People of "various nationalities" had been involved in the altercation, police said. They took a 22-year-old Iraqi man and a 23-year-old Syrian man into custody in connection with the stabbing, later issuing arrest warrants for them.

Far-right groups subsequently took to social media, using false information to call for anti-immigrant protests that took place later on Sunday. Their protests continued into Monday and included clashes with counterprotesters and more violence aimed at people perceived to be foreign.

The general reaction in Germany: In the aftermath of the Chemnitz protests, many politicians, including Chancellor Angela Merkel, said right-wing violence had no place in Germany. Local security forces were also criticized for failing to deal appropriately with the far-right violence. The violence has also been condemned internationally. 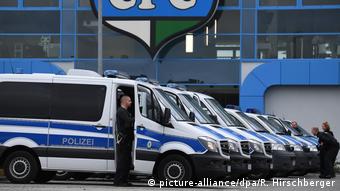 Police reinforcements were brought into Chemnitz in preparation for Thursday's protests

Criminal probe over leaked documents: Public prosecutors will continue to investigate who leaked the arrest warrant of one of the stabbing suspects online to far-right groups. Currently, an official in a Dresden penitentiary is thought to be behind the leak and has been suspended from his position.

Protests expected to continue: More far-right demonstrations have been planned for September 1 in Chemnitz, with the Alternative for Germany party as one of the organizers. Additional police are expected to be brought in from other areas of Germany.

Officials in Chemnitz said fake news items spread on social media fueled the riots. There are two suspects in custody and police are still looking for at least ten men who were seen making the illegal Nazi salute. (29.08.2018)