Berlin human rights conference stands up to nationalism, religious fundamentalism | Germany | News and in-depth reporting from Berlin and beyond | DW | 12.11.2018

The rise of nationalism and religious fundamentalism is a threat to human rights worldwide, activists warn. In an effort to curb hateful politics, the "Secular Week of Human Rights" launched this week in Berlin. 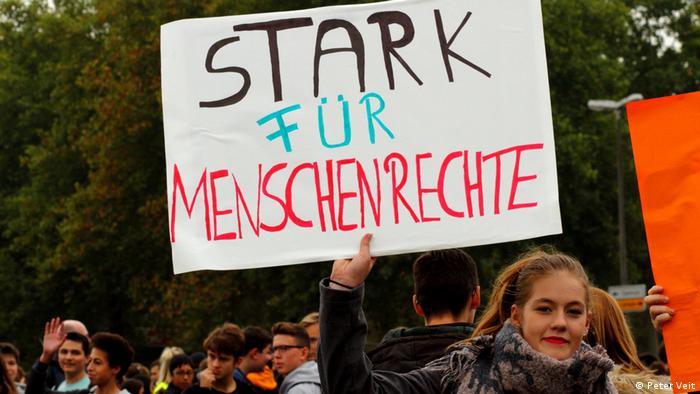 The title does sound a bit abstract, Michael Schmidt-Salomon said with a grin.

The 51-year-old philosopher and chief executive of the Giordano Bruno Foundation was referring to his organization's most recent campaign, presented on Monday in Berlin: "Global citizens, instead of Reich citizens." The foundation demands in its charter a predominant culture shaped among other things by "Humanism and Enlightenment."

Religious fundamentalism and the rise of nationalism around the world are a matter of concern to Schmidt-Salomon. "With our campaign, we are trying to react to politicians like Trump, Putin, Erdogan and others," he told DW, adding that these world leaders have moved "identitarian concepts into the center of their politics."

Read more: We need 'a new coalition of decency' against populism

"We are trying to show that human rights can only be based on a concept of global citizenship," Schmidt-Salomon said, warning that the rise of fundamentalists and nationalists worldwide is a massive threat to human rights.

The foundation chose to launch its initiative this week for a reason: some 70 years ago, on December 10, 1948, the United Nations General Assembly adopted the Universal Declaration of Human Rights in Paris. 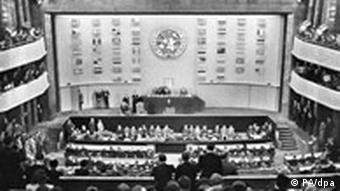 The UN adopted the Universal Declaration of Human Rights in 1948

The basic rights of all people are listed in 30 articles. Article 2, for instance, stipulates that "Everyone is entitled to all the rights and freedoms set forth in this Declaration, without distinction of any kind, such as race, color, sex, language, religion, political or other opinion, national or social origin, property, birth or other status."

"It is one of the most important texts our species ever formulated," said Schmidt-Salomon. He appealed to the public to show an interest and read the text, which is included in a brochure published by the foundation. "Time and again, I am appalled when I realize that most people don't even know the text."

The campaign is backed by the "secular refugee aid" organization — which helps secular refugees — and the Cologne-based Central Council of former Muslims.

People who have fled their native countries because they are persecuted as a result of having renounced their faith should be granted asylum in Germany, said Mina Ahadi, the 62-year-old Iranian-born chairperson of the Central Council of former Muslims. In the early 1980s, she was forced to flee Iran because she spoke out against the regime in Tehran. The lawyers and judges in Germany who decide on asylum often have no idea that in many Muslim countries, apostasy is punishable by death and public execution, she said. 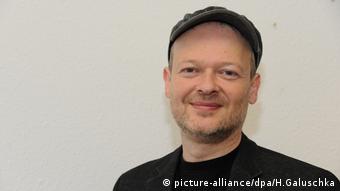 The heated debate in Germany over refugees puts the country in a central role in the campaign to combat nationalism and religious fundamentalism, said Schmidt-Salomon. "If you look at the Alternative for Germany (AfD) party, you have to say that it probably only exists because [Chancellor Angela Merkel's conservative Christian Democratic Union] has become so open to the world, so liberal." Some people, he said, can't deal with a concept of liberalization, of a plurality of life goals. As a result, he explained, people wish for the "good old days."

The tendency toward nationalism and religious fundamentalism is a reaction to the fact that the world has become "a global village," said Schmidt-Salomon. That said, the philosopher is not necessarily pessimistic about the future, which may partly be due to a successful series of films, workshops and panel debates on nationalism and religious fundamentalism he has just launched in the German capital under the motto "Secular Week of Human Rights." Despite the abstract-sounding title, people are showing great interest in the conference, which runs through November 18, Schmidt-Salomon said.