Berlin exhibition shows how BBC London became an enemy of the GDR | Germany | News and in-depth reporting from Berlin and beyond | DW | 25.05.2020 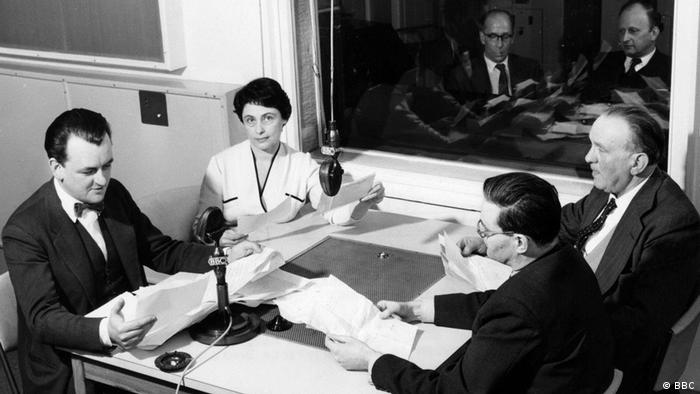 A democracy without freedom of speech or freedom of the press is a contradiction in terms. Even more absurd was the name given to the socialist dictatorship created in divided Germany in 1949: the German Democratic Republic (GDR). Of course, the media was an arm of the government. Criticism of those in power and of the status quo they imposed was both forbidden and dangerous. Those who made themselves unpopular in the eyes of East Germany's leaders could quickly find themselves behind bars.

Despite this, many East Germans did take the risk, sometimes with the help of the British Broadcasting Corporation (BBC).

The BBC had already begun its German show by April 4, 1949 as part of what was called "German East Zone" programming. Its target audience was everyone living in the Soviet occupation zone, which would become the GDR six months later. Dissatisfaction with the political and economic situation was a fact of life for residents from the start, and the BBC was the right place to turn for anyone who wanted to air their grievances, especially on the show "Letters without Signature." 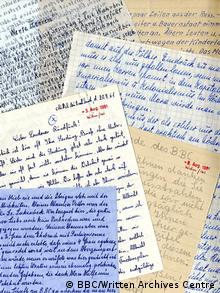 The letters came from all parts of the GDR

The BBC program is the focus of an exhibition of the same name, which will remain on display at the Berlin Museum for Communication through October. Visitors can listen to the sonorous voice of presenter Austin Harrison. For almost 20 years he moderated the program, which ran weekly until 1974. "Write to us from wherever you are, with whatever you have on your mind," was the credo shared by Harrison and his German-English team.

The response to their call was overwhelming. Some 40,000 letters reached the BBC offices in London, via safe addresses in West Berlin. These were often the same radio stations that had dared to broadcast the speeches of famous author Thomas Mann, then in exile, to German listeners during the Nazi era.

It was upon this tradition that the creators of "Letters without Signature" built their legacy. Only this time, listeners would not be hearing from a Nobel Prize-winning writer, but from ordinary citizens of the GDR putting their innermost thoughts to paper.

'A Prisoner' behind the Berlin Wall

One East Berliner wrote in shortly after the Berlin Wall went up in 1961, describing how "deeply discouraged" she had become about the future. She condemned Soviet leader Nikita Khrushchev for belittling the suffering of East Germans by referring to the concrete and barbed wire death trap that was the Berlin Wall as "something of an inconvenience for people." She signed her anonymous letter "A Prisoner." The writer also called on Willy Brandt — then mayor of West Berlin and the future German chancellor — to explain the "tremendous suffering of his countrymen" to Khrushchev personally.

Had the woman who penned the letter ever been discovered, she risked severe consequences for herself and her family. But "A Prisoner" was a great number of letter writers who expressed their wish for more freedom to the BBC over the years. Now, thanks to author and translator Susanne Schädlich, the letters are available to read in the original German after being almost completely forgotten. Schädlich spent years combing through the BBC archives before publishing her book "Letters without Signature: How a BBC program challenged the GDR" in 2017. The book has in turn inspired the new exhibition in Berlin. 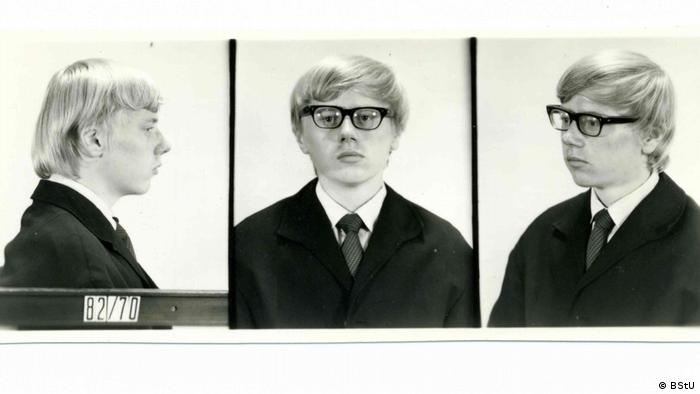 Karl-Heinz Borchardt was arrested by the Stasi

A high price for a single letter

Teenager Karl-Heinz Borchardt was one of the letter writers who was caught by the Stasi, East Germany's infamous secret police — and he paid a dear price for it. He wrote several letters throughout the 1960s, telling the BBC that "no one you talk to around here is enthusiastic about the government," but that no one spoke out due to fear.

In 1970, he was found out and sentenced to two years in prison for "activities against the state." However, says Borchardt today, he does not see himself as a victim of the Cold War propaganda battle because he "had the chance to speak my mind" — something most were denied.

According to Schädlich, the letters include every area of life in the GDR, from grand political statements to the "somewhat banal" aspect of everyday life. The letters came from every corner of the GDR and from every level of society, including children, farmers, workers, teachers, and academics. But there was one overarching concern that many of the messages have in common: the sheer number of people who felt abandoned by the West, especially after the Berlin Wall was built in 1961 and even earlier, after a popular uprising was suppressed in 1953.

Schädlich argues that the radio program was more than "pure propaganda," in that it included criticism of the West, such as of British politics or the US-led war in Vietnam. The show finally came to an end after 25 years, as the détente policy of Chancellor Brandt and the opening up of the East in the early 1970s made life somewhat more bearable for many in the GDR.

Read more: The stolen children of the GDR

The author sees echoes of the old radio program in modern social media campaigns calling for freedom of speech and of the press. With the internet, she says, "you can exchange ideas, especially under regimes that are less free." And you can build networks to organize political resistance.

The Berlin exhibition ties the past to the present, with reference to more recent cases of repression, such as that of German-Turkish journalist Deniz Yücel, who was imprisoned in Turkey, that of detained and tortured blogger Raif Badawi in Saudi Arabia, and that of Nobel Prize winner Malala Yousafzai, who was shot by the Taliban for maintaining a blog about life under their control for the BBC.

"The call for freedom has always been there — earlier on the radio, now online," Schädlich says.

While traces of divided Berlin are fast disappearing nearly 30 years since the fall of the Wall, a group of artists in the former East Berlin district of Pankow are trying to preserve a monument to a lost era. (03.08.2018)

In 1949, at the outset of the Cold War, the BBC invited people in East Germany to send in letters. Anonymously, of course.