A German court has ruled that Facebook rightfully rejected access to a deceased girl's account. Her parents have tried to clarify their daughter's death since she was struck by a subway train in Berlin in 2012. 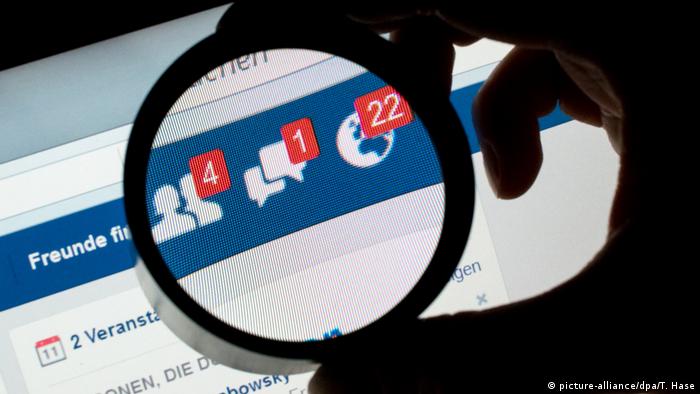 The grieving parents of a 15-year-old who was killed by a subway train in 2012 do not have the right to read her Facebook chat history, a court in Berlin ruled on Wednesday. As the reasons for the girl's death - whether it was an accident or suicide - remain unclear, the parents have sought access to the account to examine whether their daughter had ever mentioned wanting to die in chats with friends or in posts.

In 2015, a lower court in Berlin ruled in favor of the parents' request, calling the contents of the girl's Facebook account part of her legacy. That panel considered emails and Facebook entries similar to letters and diaries, which "can be inherited regardless of their content."

- The state and social media

Berlin's court of appeal dealt the parents a setback with the latest ruling, however. "We see it differently than the state court," Chief Justice Björn Retzlaff said. The appeals court ruled exclusively on the US social media giant's argument that opening up the girl's account would compromise her contacts' constitutional expectation of telecommunications privacy: "That is the main point of our decision," Retzlaff said.

The most recent verdict is likely not the last as the law continues to evaluate just what kind of medium social media is. Appeals could see the case go all the way to Germany's Federal Court of Justice.

"We feel for the family and respect their wish," a Facebook spokesperson said following the court's decision on Wednesday. "We will work to find a solution that helps the family and at the same time respects the privacy of others who could be affected."

The social network has faced increased scrutiny in Germany, where authorities have proposed heavy fines for outlets that fail to wipe hate speech from their sites. Facebook has, however, also had its successes in Germany.

In a recent high-profile court case, the website clinched victory against a man who took a celebratory selfie with Chancellor Angela Merkel after arriving to Germany as a refugee and then instantly became the target of racist trolls and misinformation. He had requested that Facebook search out and delete defamatory posts, but the court ruled that that could present major technical hurdles for a site that has in many ways become the internet's No. 1 source of news - fake, libelous or otherwise.