The Bundestag is debating a draft law to force social media platforms to delete illegal content more quickly. Critics fear that it is too imprecise and could restrict freedom of speech. The justice minister disagrees. 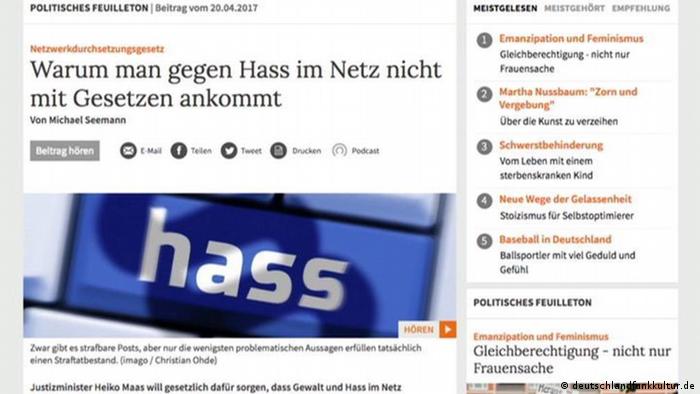 Time is of the essence for German Justice Minister Heiko Maas. If he is to keep his promise to hold social media platforms more accountable for the content that they publish, the Social Democrat needs to overcome waves of criticism, from various quarters, of his draft law before the current legislative period ends in June.

This gave a sense of urgency to Maas' defense of his legislation in the Bundestag's open debate on Friday. The Justice Minister would like to fine social media platforms heavily if they fail to delete hate posts in a timely fashion. He began by citing murder threats and other examples of hate speech and appealed to politicians' own experiences of being targeted by insults and much worse. Maas argued that far from restricting free speech, the draft law was crucial to protecting it.

Maas also sought to refute objections that the legislation made law enforcement the responsibility of private companies like Facebook. He said there was no danger of "overblocking" (excessive deletion of posts) since fines would only be handed down for systematic failures to curtail hate speech, not for individual utterances.

"Practice shows that not too much, but too little, gets deleted," Maas said. "We're at a crossroads. Should the digital revolution be allowed to continue to call our state, based on law and order, into question?"

Maas' draft law puts Germany in the vanguard. Neither the US nor any European Union country has legislation that puts comparable pressure on Facebook, Twitter and other social media platforms to remove defamatory, libelous and incendiary content.

Tension within the coalition

There have been worries among the Social Democrats' coalition partners, the conservative Christian Democrats (CDU) and their Bavarian sister party, the Christian Social Union (CSU), that the legislation could inadvertently result in censorship of legitimate speech. CDU-CSU spokeswoman Elisabeth Winkelmeier-Becker cited instances of Facebook deleting posts criticizing the Catholic Church and Islam and portrayed the issue as one of balancing freedom of speech and protecting people.

"It's a very difficult situation that brings with it a conflict of interests," Winkelmeier-Becker said. 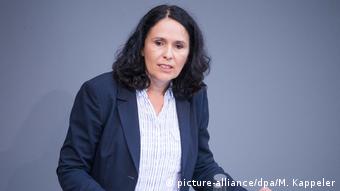 Winkelmeier-Becker concerns are shared by many in her CDU-CSU alliance.

Winkelmeier-Becker argued that social media platforms have the same responsibility as print newspapers to ensure that they don't disseminate content not protected under freedom of speech. But she said the law should be modified to encourage something like the voluntary standards adhered to by the film industry.

Other leading conservatives have been far more critical of the proposed legislation in the media, objecting that it did not follow pre-agreed common positions with the CDU-CSU. Social Democrat Lars Klingbeil accused the conservatives of a lack of solidarity and even had a testy exchange with a CDU-CSU deputy, nominally his ally, during the debate. As if to illustrate the lack of agreement, conservative deputy Hans-Jörg Durz listed a series of changes he wanted to see adopted in the legislation.

A gift to the opposition?

The disagreements within the governing coalition potentially present an opportunity to the opposition, which would like to block the draft law. 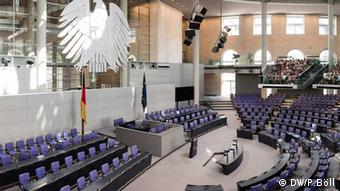 Left party spokeswoman Petra Sitte argued that the legislation essentially puts private companies in the role of judges who would have to make snap judgments about what sort of speech is allowed. She also worried that the rules could be used against no hate speech.

"Legal content will be deleted in large-scale fashion," Sitte said. "It doesn't take much imagination to envision how this could be misused to silence, for instance, activists against far-right extremism."

And Greens party spokesman Konstantin von Notz objected, that the time pressure Maas is facing has led him to put forward a draft law full of flaws.

"It's not OK that you do nothing but talk for most of the legislative period and then present legislation at the last minute," Notz said. "This legislation won't solve the problem."

The extra-parliamentary opposition covers a broad spectrum and brings together groups that seldom find themselves in the same boat. The laissez-faire liberal Free Democrats reject the legislation as posing a threat to free speech.

And the right-wing Alternative for Germany has announced that it will file a complaint with the Constitutional Court should the draft become law. Both of these parties are likely to be part of the Bundestag after September's national elections.

Unusual numbers of nonpoliticians have also positioned themselves against the proposed legislation. In April, after the cabinet approved the draft law, a number of these entities joined together to issue a "declaration of freedom of speech" rejecting the legislation. The groups include Wikimedia Germany, journalist organizations such as Reporters without Borders, internet activists like the Chaos Computer Club, and several lawyers who question whether the law would stand up to judicial challenges. Facbook itself also numbers among the critics.

"We work very hard to remove illegal content from our platform and we are determined to solve this problem," a Facebook spokesperson told DW. "As experts have determined, this law would force a private company and not courts to decide which types of content are illegal in Germany."

Somewhat predictably, the majority of ordinary social media posts on the law were highly critical of Maas, as well. Critics on both the right and left argue that the legislation impinges on their right to free speech.

And the right-wing extremist Identitarian Movement staged a protest outside the Justice Ministry. Some 50 protesters tried to enter the building chanting "Maas must go." Police broke up the demonstration and made several arrests.

The draft law will now go to committee for revision before facing a final vote in the Bundestag.

For three days in Berlin, more than 8,000 people will participate in the re:publica convention. From "friendly Trump" to virtual reality, DW took a look at what the future might hold for media and the digital world. (09.05.2017)