What happens to your Facebook account after you die? | Germany | News and in-depth reporting from Berlin and beyond | DW | 25.04.2017

A German couple is suing because Facebook won't grant them access to their dead daughter's account. The trial, which began in a Berlin court on Tuesday, touches on the complicated issue of digital legacy. 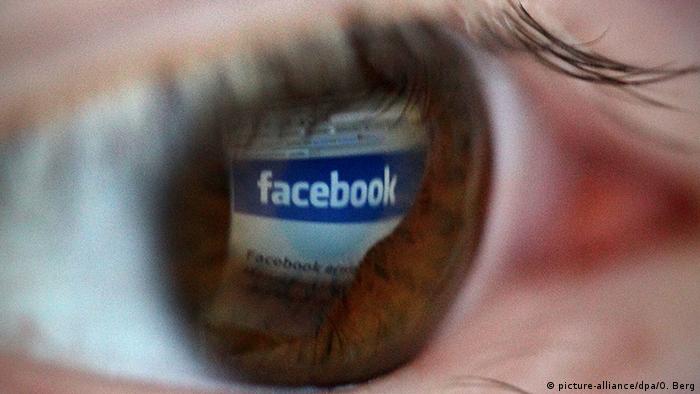 Having a child die before you is devastating enough as it is. But a Berlin mother has had to wage a years-long court battle to learn more about her teenage daughter's death. She is suing to gain access to the Facebook account of her daughter, who in 2012 died under unclear circumstances at the age of 15.

Tuesday marked the first day of the trial at Berlin's superior court of justice. No verdict has been passed down yet. Judges gave both parties - the deceased girl's parents and social media giant Facebook - two weeks to find a solution outside of court.

The girl died in a Berlin subway station when she was run over by an incoming train five years ago. To this day, the parents don't know whether it was a suicide. To get closure they want access to the posts and messages their daughter sent on Facebook, which they hope will reveal more about her death. 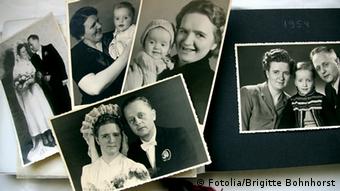 Easier times: before the rise of digital photography and social media, relatives would inherit physical photo albums or letters that they could simply pick up from the deceased loved one's home

The question is whether the parents inherited her digital accounts just like they did her analog possessions.

In a first trial at the Berlin district court in December 2015, judges had decided in favor of the parents and had ordered Facebook to give them access.

The judges said analog and digital possessions should be treated the same. Otherwise it would lead to the paradox that "letters and diaries were inheritable independent of their content, but e-mails and private Facebook posts were not."

They argued that giving the parents access wouldn't violate the daughter's personal rights, since parents are allowed to know what their children who are still minors communicate online.

The rights of other users

But Facebook appealed the decision. Representatives of the US social network argued that the decisions affected other users, too, who had exchanged messages with the girl that they assumed would remain private.

That is an issue experts are also discussing independent of the current Berlin case.

"I can understand the wishes of a family to get access after someone has died," Elke Brucker-Kley, IT service management lecturer at the Zurich University of Applied Sciences in Switzerland, told DW earlier this year.

"The other question is: is the platform operator or the service provider even entitled to grant access? The dead person may have had a circle of friends in a social network like Facebook and these people shared their data with the deceased, not with the relatives."

Legacies in the social media age

The question of what happens with our digital legacy is becoming more and more important. Avid Facebook users might have thousands of photos and videos saved under their name, some of which were taken by other people and aren't saved anywhere on the deceased's computer where family could have access to it.

Some message threads on Facebook span years of a friendship or relationship. They are a detailed document showing the process of two people falling in love or turning from acquaintances to best friends who share their deepest secrets with each other.

What would you want to happen with all of that after you die?

The issue with memorialized accounts

Facebook has set up several provisions intended to give users control over their social media afterlife. One option is to have your account permanently deleted after your death. Users can set this up with just a few clicks at any time.

The less drastic choice at users' disposal is to opt for their account to be memorialized after they die. If a user chooses this option, when he or she dies the word "Remembering" will show up next to the person's name on their profile. Friends and family can then share memories on a memorialized account's timeline and the user's shared content will remain on Facebook.

But when the mother tried to log in to the account after her daughter had passed away, it was already memorialized and could not be accessed anymore. It is not clear who prompted the memorialization.

Facebook users can also determine a legacy contact, someone who looks after their account after it has been memorialized. Only persons older than 18 can do that, however, so the girl who passed away in Berlin didn't have that option.

What a legacy contact cannot do: log in to the original user's account and read their messages - exactly what the Berlin mother is trying to gain the right to do.

A Facebook app called "If I die" allows users to type up a last message that will be displayed after they die. Of course, this is only relevant for users who have time and a reason to think about their last words, and not for people who die suddenly. "If I die" users are able to write a text or upload a short video. The app will share the content on Facebook after three trustees previously chosen by the user have confirmed the death.

Any actions to secure a digital legacy only work, of course, if a user has taken the necessary steps to set them in motion. And not many young people are likely to do that, according to IT lecturer Brucker-Kley.

"Those users who have a significant digital legacy that's important to them personally are not the ones who have already thought much about their mortality or what they might leave behind," she said. "A digital legacy is not on top of [their] list."

Pennsylvania State Police have announced that the suspect in the killing of a senior citizen from Cleveland has shot and killed himself. Steve Stephens had posted a video of the crime on Facebook. (18.04.2017)

More than 250,000 posts from White House profiles have been archived for historical purposes. Despite rising tensions ahead of Trump's inauguration, the White House has promised a "smooth transition" of digital assets. (10.01.2017)