Germany plans to levy a "moderate" but universal tax on banks to finance future bailouts. Berlin's plan was devised with input from France. Now leaders are talking about a coordinating regulation across the EU. 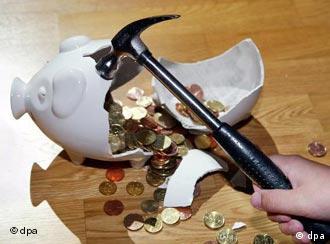 A rainy day fund: German banks will have to pay into a bailout fund

The German government plans to put aside between one and 1.2 billion euros ($1.3 to $1.6 billion) annually with which to fund future financial bailouts, and the source of the money will be banks themselves.

Mandatory contributions by banks to an emergency fund were announced today in conjunction with other provisions of bank restructuring and financial market regulation planned by Germany's current coalition government.

Finance Minister Wolfgang Schaeuble said the contributions represented a "moderate levy" on banks. "We must take into consideration with this levy that the financial sector continues to carry out its function," he said. 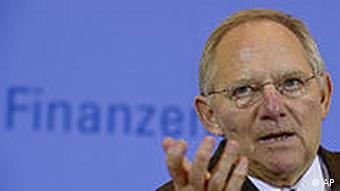 Banks will not be able to write off contributions to the emergency fund on their taxes. Nor will state-governed cooperative banks be exempt, although they are known to be financially conservative. In contrast to other European nations, cooperatives account for roughly half of Germany's banking.

Representatives of governmental cooperative banks were united in opposing the levy on Wednesday.

Uwe Froehlich, president of the Federal Association of Volksbanken and Raiffeisenbanken, said it can not be justified that high-risk market participants such as hedge fund managers are not affected by the levy.

"A general levy such as this is blind to the fact that cooperative banks are not amongst those who caused the financial crisis," he said. 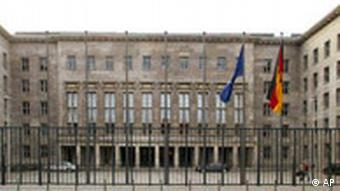 A major goal of the German government's push for bank restructuring and financial market regulation is to hinder unstructured bankruptcies and ensure the long-term existence of troubled banks without endangering the financial system, according to a statement from the Federal Ministry of Finance.

Ultimately banks will be responsible for reconstructing their damaged businesses, and the bailing out of systematically important banks may not exclusively be shouldered by taxpayers. Hence, the new levy is intended to offset future bailouts.

Additionally, the statute of limitations for executive committee and supervisory board members in publically traded companies will be extended from five to 10 years, according to the ministry statement.

In a sign of European cooperation, French Finance Minister Christine Lagarde contributed to the decision as a guest participant in cabinet meetings in Berlin. France is considering a similar levy for banks and is leaving open an option to tax hedge fund managers with its legislation, according to Lagarde. 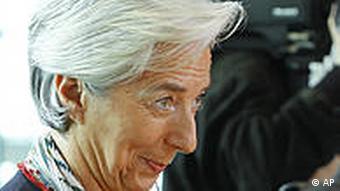 French Finance Minister Lagarde contributed to the decision as a guest

Schaeuble did not rule out the possibility that the German levy could be expanded to include insurance companies and hedge fund managers. If the European Union decides on regulations including those provisions, Germany will follow suit, he said.

"If another European structure emerges which forces us to make changes to our national regulations, then we are always ready to do so," Schaeuble said, emphasizing that Germany developed its new regulations in conjunction with the advice of the EU.

A court in Munich begins hearing the case brought against property lender Hypo Real Estate by shareholders who accuse the bank of withholding information about investment risks in the run-up to its near collapse. (06.08.2009)

A parliamentary inquiry into the German government's 100-billion-euro ($140 billion) rescue of mortgage lender Hypo Real Estate is drawing to an end. Its findings are to be presented just prior to the September 27 polls. (18.08.2009)

Germany's rescue package for struggling banks may be in for a revamp to make it more appealing to financial institutions that have so far rejected it, German media reported Tuesday. (02.12.2008)