An Ali Baba themed playground has been subject to vitriolic attacks for its Islamic symbols. One of the structures seemed to resemble a mosque and has a crescent moon on top. 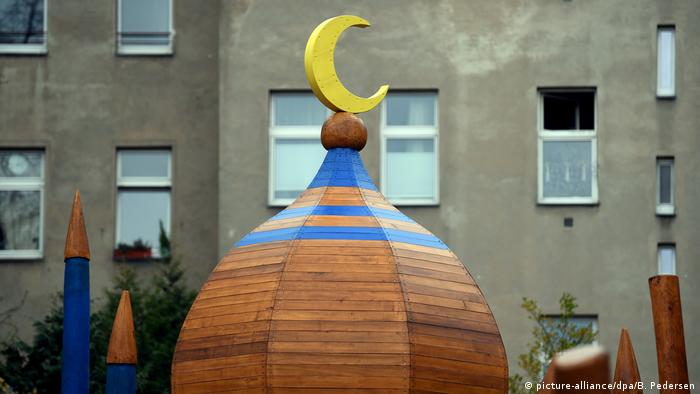 An Ali Baba-themed playground opened its doors in Berlin on Thursday after weeks of controversy over claims of creeping Islamization.

The opening appeared to go smoothly, with authorities denying that the nearby presence of police officers and vehicles was related to the event.

The playground drew controversy after images were released showing a large playhouse shaped somewhat like a mosque and topped with a crescent moon.

The Berlin faction of the far-right populist AfD party wrote on Twitter: "Playgrounds are already turning into religious institutions," when the first images of the construction site appeared. 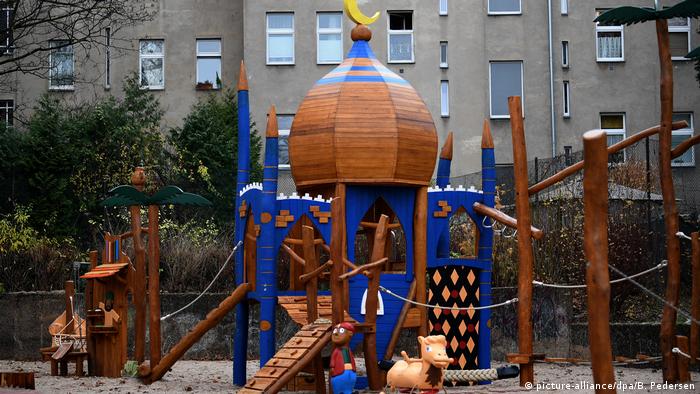 Even the state branch of Chancellor Angela Merkel's Christian Democratic Union weighed in, with the faction's spokesman for integration policy telling Berliner Zeitung: "This very questionable project was probably conceived by some civil servant who thinks he has made a contribution to intercultural understanding." He later toned down his comments.

Parents interviewed by local papers were mixed in their response to the park, some saying that religious symbols had no place in a children's playground, while others were indifferent.

Complicating matters is the fact the park was built in the borough of Neukölln, the center of Berlin's Turkish population and a frequent target of far-right groups for the many Muslim immigrants who live there. 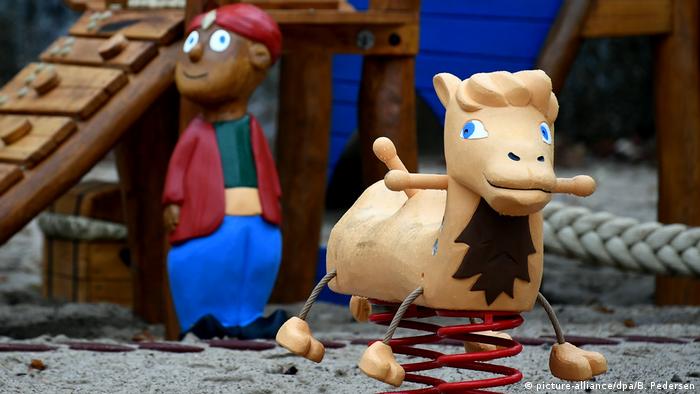 It's an oriental castle

"The design has nothing to do with religion. The debate is really absurd," the SPD politician said at the opening ceremony on Wednesday. "We didn't build a mosque here, we built an oriental castle."

She said the play area aimed to tell stories, stimulate children's imaginations and immerse them in a fairytale world.

As well as the 5-meter (16-foot), crescent-moon-topped climbing house, there are also wooden palms, a bazaar, a flying carpet, Ali Baba and a treasure chest on the site.

"Such themed playgrounds are not uncommon in Berlin and in Germany," the playground planner Axel Kruse told DPA news agency, pointing out other playgrounds themed with Snow White and the Seven Dwarfs, Bernd das Brot, and other cartoon characters. Kruse's plans transformed a long-unsightly area in Walterstraße.

"For 15 years there has been a park themed with the fairytales from 1001 nights. Nobody's ever been bothered by that," Kruse said.

The theme for the park came from polling the neighborhood residents on what they would like. They eventually settled on Ali Baba in reference to a nearby child care center called "Ali Baba and his Forty Thieves."

"I don't understand how this can be turned into a political and religious discussion," the director of the center Guldane Yilmaz told DPA.

On Wednesday children were less occupied by the wider political ramifications of the park design and more intrigued by a big red Santa Claus distributing candy, three alpacas bought by the wise men, and a camel.