The mayor of the northwestern Belgian city of Bruges has undergone emergency surgery after being stabbed in the neck. The suspect, allegedly a former client, has been arrested. The mayor of the Belgian city of Bruges, Dirk De fauw, has been released from hospital after surviving a knife attack.

De fauw was seriously injured on Saturday when he was stabbed by a man he now says he knew.

The 62-year-old mayor was taken to the hospital and had to undergo emergency surgery.

"I am convinced that he came to kill me. But why? I would very much like to know," the mayor said on Sunday, according to local media outlet HLN.

The stabbing left a 14-centimeter (5.5-inch) gash in his neck which required 24 stitches and caused De fauw to lose a lot of blood, according to local media reports.

"I was lucky that it was a short knife," De fauw said, adding that he was relieved to discharged from the hospital and be sent home to recover. 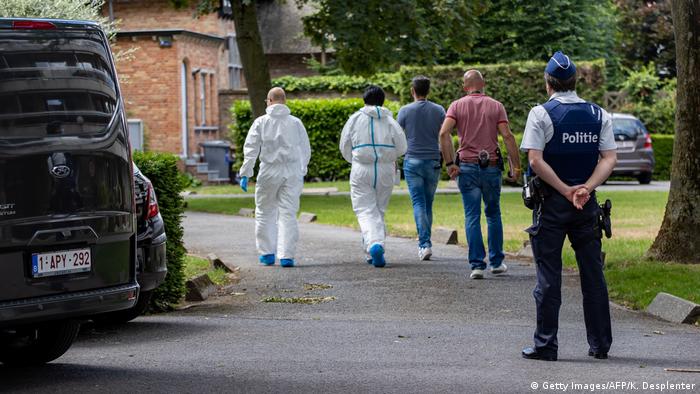 De fauw suffered serious injuries after being stabbed in the throat

The mayor, who is also a lawyer, said the assailant was a former client whom he had defended in court multiple times.

Authorities confirmed that a 35-year-old had been arrested and said the motive remains unclear. The suspect has not made any statements regarding the stabbing, his lawyer said.

Bruges is located near the coast in northwestern Belgium and has a population of 120,000. The city is known for its medieval history and is one of the country's most popular tourist destinations.

Belgium has been blasted for its seemingly sky-high death toll from COVID-19. But as Teri Schultz explains, Belgian experts have argued it's undercounting that should be under scrutiny. (02.06.2020)

Lovers of Belgian fries are being called upon to dish out an extra serving of solidarity in these troubled times. As Teri Schultz reports, the COVID-19 pandemic has triggered a major crisis in the potato industry. (06.05.2020)