Lovers of Belgian fries are being called upon to dish out an extra serving of solidarity in these troubled times. As Teri Schultz reports, the COVID-19 pandemic has triggered a major crisis in the potato industry. 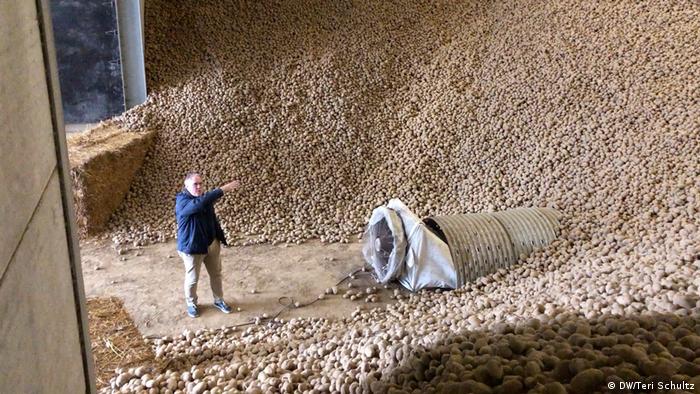 What Romain Cools thought of as a spontaneous but unremarkable quip in a media interview — urging Belgians to "eat more fries" — immediately went viral worldwide, with the entire globe embracing the idea of helping down-and-out Belgian farmers.

His suggestion, he recalls with a chuckle, was merely that "all the Belgians have an extra fry now to help our industry to get out of this problem." Cools is the secretary-general of Belgapom, the association that includes all Belgian potato processors, and the "problem" is that 750,000 tons of potatoes that should have been processed into frozen food products and shipped throughout Belgium and beyond will spoil next month. 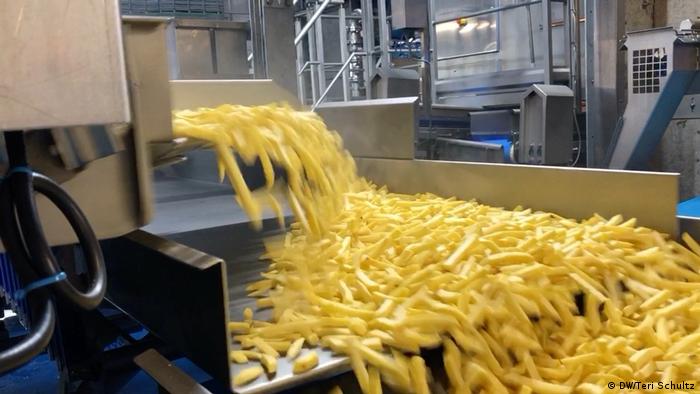 Fries coming off the production line at the Mydibel factory need new homes to relieve a production glut.

His phone started ringing off the hook, so Cools quickly realized he needed to capitalize on people's universal love of fries. "We make an appeal to the rest of the world also to to eat more spuds, to eat more fries," he said. "And if they can, of course, preferentially we would like to have them eating Belgian fries."

Read more: Will coronavirus spark a wave of food nationalism?

That should be possible, under normal conditions at least. Belgium is the world's largest exporter of frozen potato products. The processed potato industry as a whole has a turnover of €2 billion ($2.1 billion) per year.

But coronavirus conditions are not normal. The glut is a disaster from the ground up. At the farm of Marc de Tavernier in Bellegem, a massive warehouse is full of tons of potatoes waiting to be taken away. But he's one of the lucky ones; most of his potatoes were grown under contract to processing plants.

Cools says those growers who aren't so fortunate are stuck with crops destined for the free market whose price is now one-twentieth of the usual -— less than €1 for 100 kilograms (220 pounds) — if anyone even wanted to buy them, which they don't.

Producers have agreed to pay farmers the pre-coronavirus price, but this passes the problem one step further up what Cools calls the "potato value chain." He says some commercial buyers of frozen products are refusing to pay full price, knowing the processors have too much supply on their hands to argue. 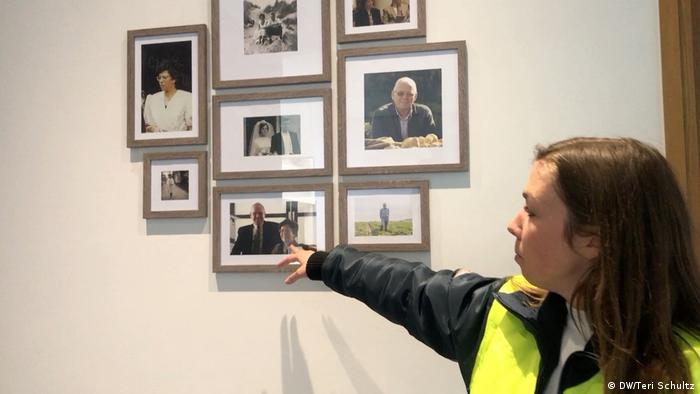 At the Mydibel factory in Mouscron, Jolien Mylle says times are tough for her family's third-generation company, for which a commitment to the entire supply chain runs deep. She herself first became a pharmacist, but decided she really wanted to be at the factory so came back to head up market research. "We worry a lot about our suppliers because we see our farmers as our partners, so we we care about them," Mylle said.

She acknowledges being "very worried" about the future. "Our business is 70% in food service so this product goes to restaurants," she explained. "We export to over 130 countries in the world. [A] lot of restaurants are closed down so our sales are going down as well."

Cools says some of the excess is being used for animal feed and some of it for green energy. Mydibel, for example, is almost 100% powered by potato waste. But farmers have to pay to have the potatoes processed into something else, he says, so that's not an ideal solution when money's tight.

For the first time ever, he says, the sector has asked the European Union and the Belgian government for help and he expects some support to be granted. Cooperation is already evident in one project. Authorities in Flanders are splitting the cost with potato provider Pomuni to supply 25 tons per week to food banks.

Restaurants won't reopen in Belgium until June at the earliest and other top destination countries for frozen products are looking at the same kind of timeline, so there's no way the hundreds of thousands of tons of excess are going to be used by the end of June, when they'll start going bad. 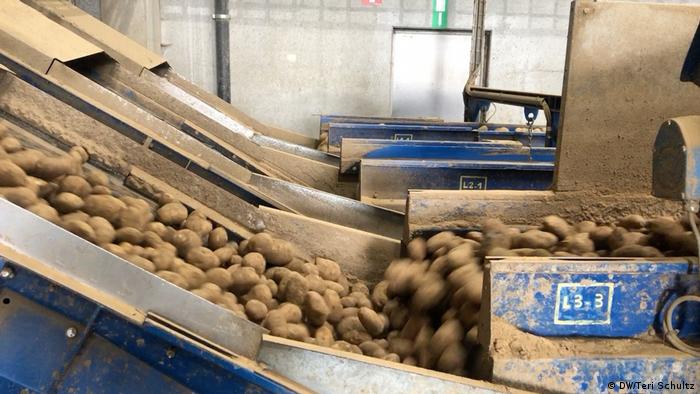 But Cools appreciates every bit, every bite of help. He's been so encouraged by the popularity of his suggestion that he expects to launch an "SOS — Save Our Spuds" campaign nationwide in grocery stores. Every extra bag a shopper takes home, he says, frees up just a bit more space somewhere else down the line.

He's careful to say consumers should also make space in their diets by avoiding something else that's high-fat, even if this comes at a personal sacrifice. "I love also pasta and pizza," he says laughing, "but for this time, it has to go. I'm sorry."