The statue was daubed with paint during protests over the weekend. The monument to the former king has long been a target due to his brutal rule in Belgium's African colonies. 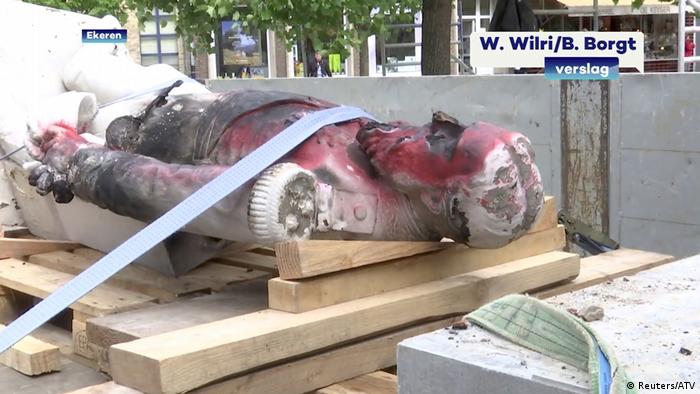 A statue of King Leopold II in the Belgian town of Antwerp was removed on Tuesday with its long-term future set for a museum, just days after being daubed with paint by anti-racism protesters.

Statues of Leopold have long been criticized by activists because of the former king's brutal rule in Belgium's former African colonies.

This particular monument next to a church in the Antwerp district of Ekeren became a target for protesters over the weekend.

The figure in the port city will not be returning to its pedestal and instead "become part of the museum collection," Johan Vermant, a spokesman for Antwerp's mayor Bart de Wever, said. And "because of the renovation work planned for 2023 in the square in which it was placed, the statue will not be replaced."

The statue was defaced during protests sparked after the killing of George Floyd two weeks that begun in the United States but have since spread across the globe, reaching Belgium last week.

Another statue of the king, in the park of the Africa Museum, in Tervuren, just outside Brussels, was found sprayed with graffiti on Tuesday.

Meanwhile, an online petition against the memory of Leopold passed 64,000 signatures on Tuesday. It has been suggested he was responsible for the deaths of more than 10 million Congolese people during his 23-year reign over the central African country.

Indeed, Congo was Leopold's personal fiefdom from 1885 to 1908. Adam Hochschild, the US author of the best-selling book "King Leopold's Ghost," concluded that roughly half the population died under the Belgian monarch's rule.

Another petition wanting to keep the statue of Leopold in Antwerp, insisting he was not a "slave king," passed the 8,000 mark. It said that Leopold should not be held accountable for the actions of those running the colony. 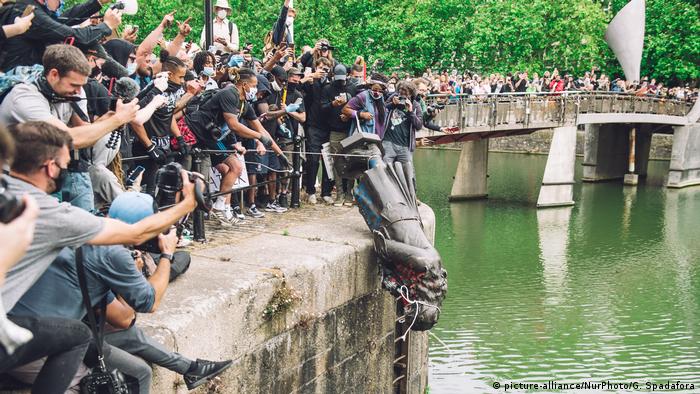 Belgium was not the only European country to debate colonial statues in recent days.

An effigy to the slave trader George Colston was toppled in the British city of Bristol on Sunday and tossed into ariver, prompting the mayor of London to order a review of the capital's statues and street names.

Sadiq Khan said he was setting up a review to evaluate the British capital's monuments and ensure they reflect its diversity.

"It is an uncomfortable truth that our nation and city owes a large part of its wealth to its role in the slave trade and while this is reflected in our public realm, the contribution of many of our communities to life in our capital has been willfully ignored,'' Khan said.

A statue of Robert Milligan, an 18th century slave trader, was also removed from its plinth outside a London museum on Tuesday.

Members of Belgium's African diaspora are critical of the newly reopened Africa Museum, saying it reinforces colonial cultural norms despite a five-year rehabilitation. Other Belgians say it's a step to reconciliation. (08.12.2018)